Accessibility links
Movie Review - 'Desert Flower' - In A World Far From Home, A Spectacular Bloom A biographical drama tracks Waris Dirie's journey from her native Somalia to the high-fashion catwalks — and onward to a high-profile career as an activist seeking to end female genital mutilation.

In A World Far From Home, A 'Desert Flower' Blooms

In A World Far From Home, A 'Desert Flower' Blooms 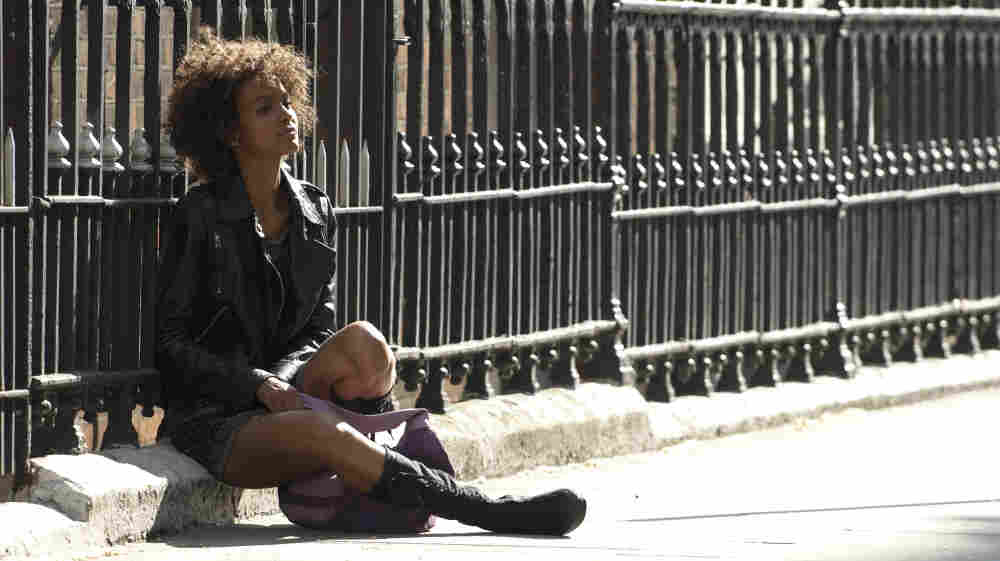 'You're Gonna Get Yourself Deported'

'You're Gonna Get Yourself Deported'

The Somali-born supermodel and activist whose name means "desert flower" strides powerfully through her real-life saga — as soon as she learns to walk in heels, that is. But Waris Dirie (played by striking Ethiopian model Liya Kebede) seems to be living in a different movie from the other major characters, whose cartoonish turns recall Mike Leigh's lesser comedies.

Desert Flower introduces Waris' goatherding younger self (Soraya Omar-Scego) in her homeland, then leaps years and continents to a London clothing shop. There, an adult Waris tangles with a high-strung clerk, Marilyn (Made in Dagenham's Sally Hawkins, her zaniness set to "stun"). Soon they're roommates, which is good news for Waris, who has no home or friends in Britain.

A would-be ballerina, Marilyn is something of a black swan. But she proves loyal to Waris, especially after the two stumble into a conversation about Somali sexual customs; Marilyn is shocked to discover that Waris' clitoris and outer vulva were cut away, and her vagina sewn shut, when she was 3 years old. Waris, for her part, is surprised to learn that girls in other parts of the world don't endure such a demeaning, painful mangling.

While scrubbing the floor at her job in a Notting Hill burger joint, Waris meets Terry (a relatively restrained Timothy Spall), who says he's a photographer. Waris doesn't think much of the encounter until Marilyn sees Terry's business card and convinces her new friend that the guy is not only reputable, but famous.

After a visit to Terry's studio, Waris finds herself with a career and an agent, Lucinda (Juliet Stevenson, her zaniness set to "puree"). Then Lucinda books her client for work in Paris and the U.S., and learns that Waris' passport expired years ago. A fake one is arranged, but it doesn't impress Heathrow customs agents, so Waris enters into a fake marriage with a lout (the moderately zany Craig Parkinson) who hopes for more than he's going to get. 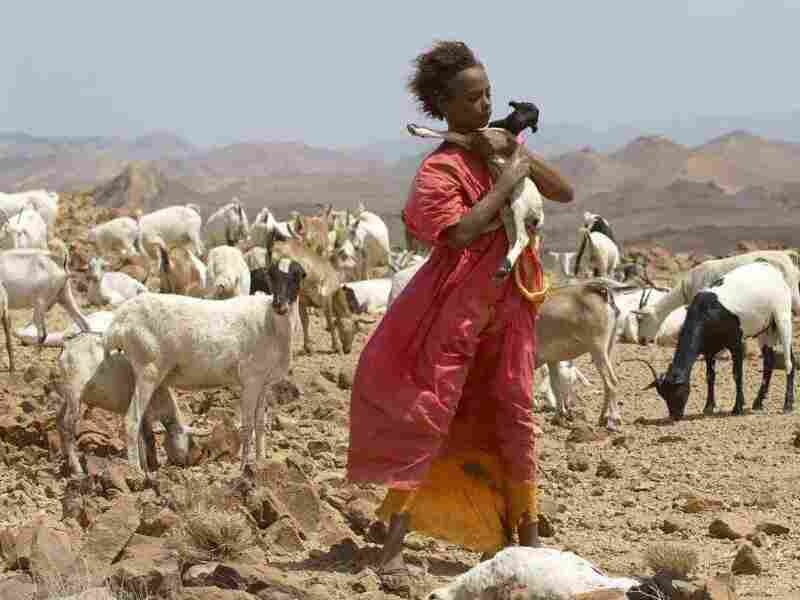 Dirie (played as a teenager by Soraya Omar-Scego) left a life of goatherding at age 13, relocating to the U.K. and eventually becoming one of the world's most successful fashion models. National Geographic Entertainment hide caption 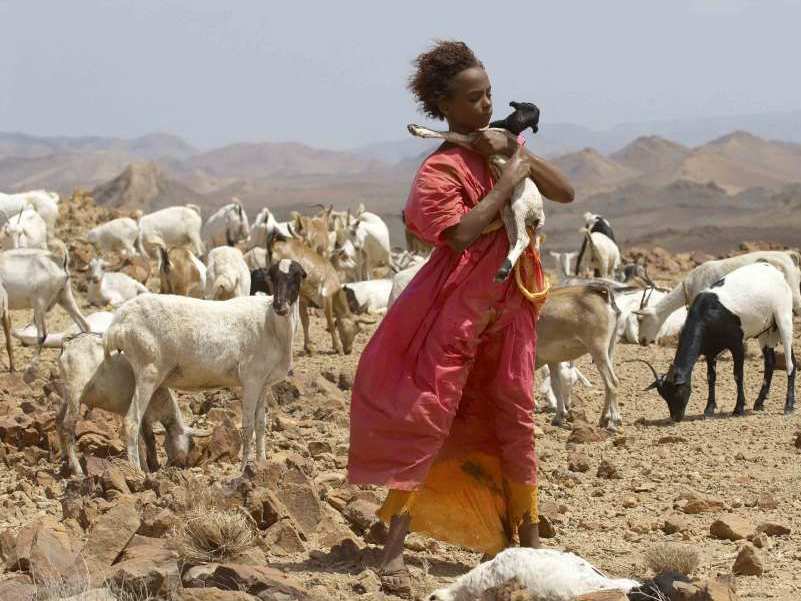 Dirie (played as a teenager by Soraya Omar-Scego) left a life of goatherding at age 13, relocating to the U.K. and eventually becoming one of the world's most successful fashion models.

Along the way, flashbacks show how Waris made the journey from rural Somalia to London, fleeing her parents' plan to sell her to a much older man as his fourth wife. Ultimately, writer-director Sherry Horman stages the expected genital-mutilation scene; it's not explicit, but it is harrowing nonetheless.

The moment is handled soberly, as is a related one in the British hospital Waris visits in severe pain. A well-meaning doctor asks a male Somali attendant to persuade Waris to have her genital stitches removed, and stands by smiling cluelessly while the Somali man tells her she should do no such thing.

Those scenes have a suitable naturalistic heft; whenever the movie shifts to lighter subjects, however, it loses touch with reality. Soon after Marilyn meets Waris, for example, they go to the sort of rave club where high-speed beats thump all night. But as soon as a potential love interest (Anthony Mackie) asks Waris to dance, a romantic slow jam improbably begins.

Yet the latter city is evoked less by glimpses of Oxford Street than by the overstrenuous performances of its Brit-com performers. They're onboard, of course, to ensure that Desert Flower doesn't become so grim that it's unwatchable. That's a reasonable goal, but the broad comedy clashes with the movie's final message: that 6,000 girls face genital mutilation every day.