Accessibility links
Utah's New Immigration Law: A Model For America? By enacting bills that focus on both enforcing immigration laws and allowing for guest workers to legally live in Utah, the state's Republican leadership seeks a more business-friendly law than in neighboring Arizona. 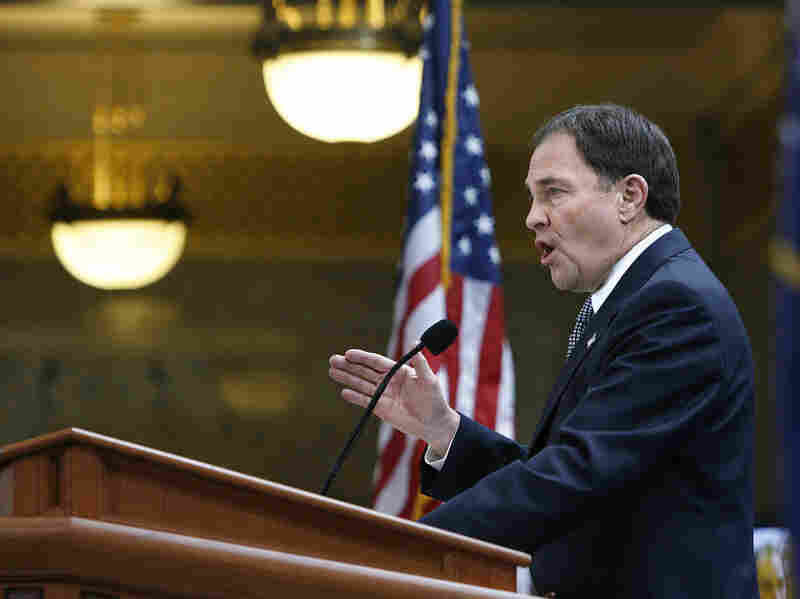 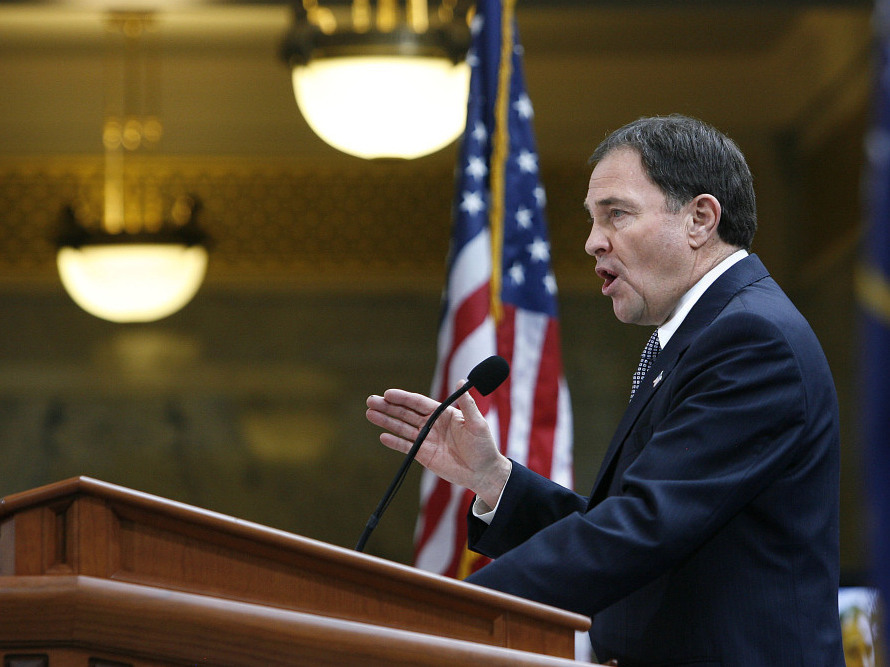 Ever since Arizona passed its tough immigration law penalizing undocumented workers, other states have been considering similar laws.

But so far, no Arizona-type legislation has passed. Instead, one state has chosen a different approach that it hopes will become an alternative model for dealing with the illegal immigration problem.

If you were to choose a state that would allow illegal immigrants to work and drive without fear of deportation, you probably wouldn't pick Utah.

"We have to understand, Utah is one of the most conservative states in the country," says Alfonso Aguilar, who runs the Latino Partnership for Conservative Principles. He says that Utah's new law shows that Republicans can find a middle course.

"The governor's Republican; the House and Senate are dominated by Republicans," Aguilar says. "And they saw what happened in Arizona. They passed an enforcement-only law. It has driven away investment, business, workers that the Arizona economy needs."

In Utah, Aguilar says, "they wanted to deal with enforcement — but balance it with measures that are more business-friendly. And that's exactly what they did."

Last Wednesday, Utah's Gov. Gary R. Herbert signed a package of immigration bills. One is an enforcement law, milder than Arizona's, but still opposed by liberal immigration advocates. Another is a guest-worker bill, which is opposed by some conservatives as amnesty.

State Rep. Bill Wright, who wrote part of the law, says he was just trying to deal with the reality that there are 11 million illegal immigrants in America, and they are never going to be deported.

"I'm of the opinion that we really don't have the ability as a society to remove that large a portion of a segment from our society — either the cost, or just the damage it would do," Wright says.

"A lot of these people are intertwined in our society. They have financial obligations: They have bank notes; they've bought houses; they contribute; they have jobs," he says.

Operating from that premise, Wright's guest-worker permit law says that if you pay a fine, have no criminal record and are working, you can stay in Utah.

A Rough Draft Of National Reform?

"The Utah legislation is a very rough draft of what we call comprehensive immigration reform at the national level," Sharry says.

"It combines enforcement and a program to make those here legal," he says.

Sharry says that in Utah, "what you have is, in a ruby-red state, some legislators and the governor; and the Mormon Church; and a conservative think tank; leading the way towards a more enlightened approach towards immigration."

The think tank Sharry is referring to is the Utah Compact, a group convened with the governor's blessing to come up with an alternative to the Arizona approach. Aguilar says he hopes Utah's plan will have an impact on the stalled immigration debate in Washington.

"We need a federal solution," he says. "We don't want to see a patchwork of state legislation on immigration. Hopefully, this will pressure the government, the federal government, to do something."

Now along comes Utah, asking the federal government to do something very soon. As Bill Wright explains, Utah needs the Obama administration to give it a waiver so it can enact the guest worker law.

"Up to this point, the federal government has proved that they're null and void of any ideas because of the political environment there," Wright says. "They have not been able to accomplish it. We want some action, we want something done. If we continue to do nothing, if we continue to do enforcement only, all we'll have is a continuing of what we've had the last 35 years. We've decided that's not good enough."

Looking For Washington To Act

The last attempt at immigration reform died in the Senate in December. Although the debate in Washington seems hopelessly polarized, there are Republicans who fear they can't win a presidential election if their party continues to be seen as anti-Hispanic. And President Obama wouldn't want to face Hispanic voters in 2012 without trying again to fulfill his promise to pass immigration reform.

So, Sharry says, how the administration responds to Utah's request for a waiver will be an important test.

"The fact is that it is a rough draft on the state level of what we call comprehensive immigration reform, which Obama is for," Sharry says. "For him not to figure out how to engage with Utah, and try to make it work, would be a big mistake."

The White House has been planning to make another push for immigration legislation sometime in the next couple of months. Utah's new guest-worker law could force the president to speed up his timetable.