Accessibility links
At Crippled Reactors, Is Time On Our Side? Japan's Fukushima Dai-ichi nuclear power plant hasn't been rocked by major incident in a couple of days. But the situation hasn't really improved, either. Are we in a "race against time," as the U.N.'s nuclear watchdog put it, or can we start to breathe easier as time goes on? The answer seems to be: It depends.

At Crippled Reactors, Is Time On Our Side?

At Crippled Reactors, Is Time On Our Side? 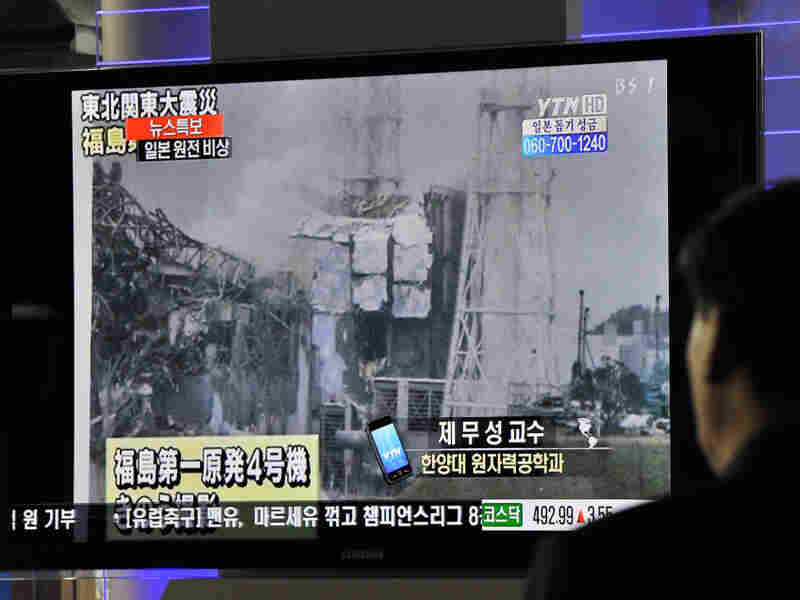 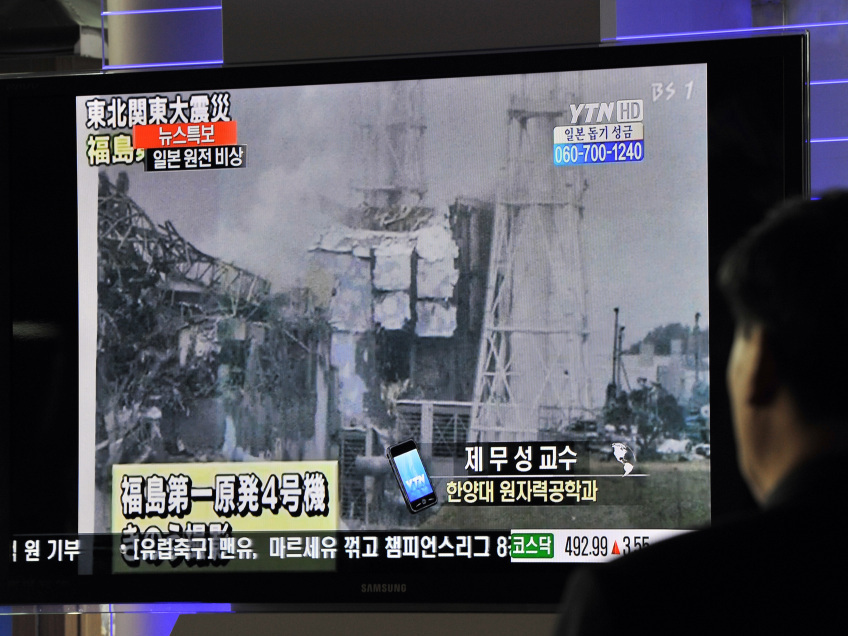 At the time of this writing, March 18, no new explosions or fires have shaken the reactors at Japan's Fukushima Dai-ichi power station for a couple of days. Yet the situation hasn't really improved, either. The plant's normal cooling systems still are not working. (The Tokyo Electric Power Co. says it may regain power to restart its cooling pumps on March 19.)

But does this holding pattern mean that conditions at the plant are deteriorating, or are they stabilizing? Are we "in a race against time," as Yukiya Amano, head of the International Atomic Energy Agency, put it Friday morning? Or does the passage of time without any major disaster mean that we can start to breathe easier?

The answer seems to be: It depends.

Where 'Time Is Your Friend'

The current standoff is not good news for workers at the plant. Every additional day of the crisis means more exposure to potentially harmful radiation.

There's just a whole litany of things that are in that spent fuel that are posing the risk.

But for those living farther from the plant who have been worried about a large-scale explosion or release of radiation from its reactors, the picture is brighter.

"In the case of the reactors, time is your friend," says Kenneth Bergeron, a physicist who carried out simulations of nuclear accidents while working at Sandia National Laboratories.

According to many experts, the danger posed by the plant's operating reactors was greatest in the early days of the accident, when fuel rods inside those reactors, which had been operating at full power until the earthquake, were releasing tremendous amounts of heat.

With electrical power gone and backup generators damaged, workers scrambled frantically to get water into those reactors to cool the fuel. Those efforts were only partially successful, and they failed completely for a time in reactor No. 2. The result was damaged fuel and a hydrogen explosion inside reactor No. 2's concrete-and steel containment structure. The explosion appears to have cracked that "primary containment" — the first time in history that this has occurred at a commercial nuclear power plant. There is some evidence that the primary containment structure was breached at reactor No. 3 as well.

Since then, however, the danger of further damage has receded, because the fuel inside those reactors is releasing less heat by the day. Engineers at the plant are maintaining at least some water in each of the reactors.

Instead, worries are now focused on the pools where so-called spent fuel is stored. These storage tanks, built like deep swimming pools, are located inside each reactor building — but outside the protective containment structure.

'A Litany Of Things' Posing Risk

Since the used fuel remains hot and radioactive for years, it is supposed to be submerged deep in water. For reasons that remain unclear, much of that water — perhaps all of it — has disappeared from these pools. U.S. officials have stated flatly that water is completely gone from at least one of them, at reactor No. 4.

If that's the case, it's very good news that nothing more catastrophic has occurred. According to Robert Alvarez, a former official at the Department of Energy who has been warning about the dangers of spent fuel for many years, if this fuel loses all cooling, it will heat up rapidly. Alvarez is currently a senior scholar at the Institute for Policy Studies in Washington, D.C.

Within a few hours, he says, the fuel is likely to reach a temperature at which the fuel will start to self-destruct. It could melt, or the metal covering of the rods, made of the metal zirconium, could actually start to burn. In either case, radioactive elements trapped inside the fuel could be released and spread more widely. A fire, in particular, would send a host of radioactive particles into the air.

"Cesium would be the worst, but there's an awful lot of radioisotopes that would follow along," says David Lochbaum, a nuclear safety specialist at the Union of Concerned Scientists. "There's just a whole litany of things that are in that spent fuel that are posing the risk."

Yet this predicted scenario has not occurred at the Japanese plant, at least on any large scale. Why not? Perhaps the building itself is absorbing enough of the heat to prevent it. If that's that case, then perhaps the pools are relatively stable for now. Or maybe there really is some water left in the fuel ponds, still cooling the fuel. In that case, it really is a race against time to replenish that water and keep the fuel from catastrophically overheating.