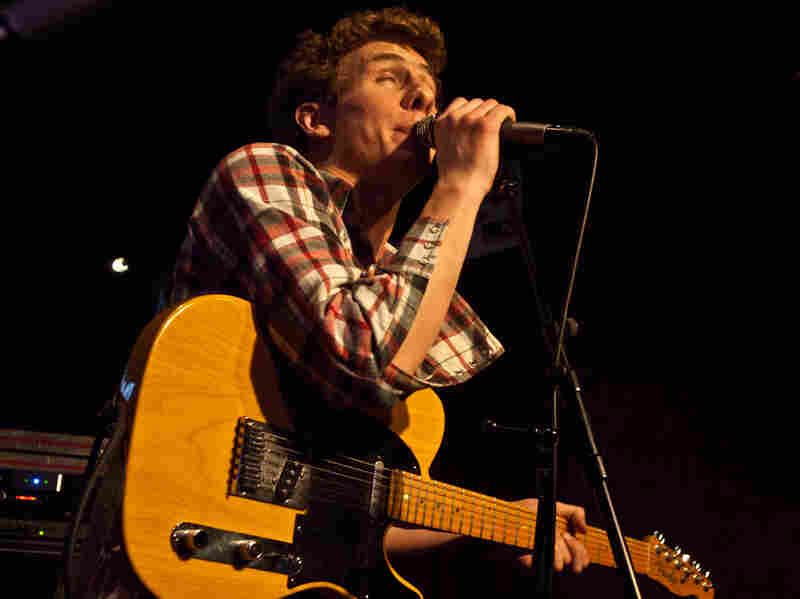 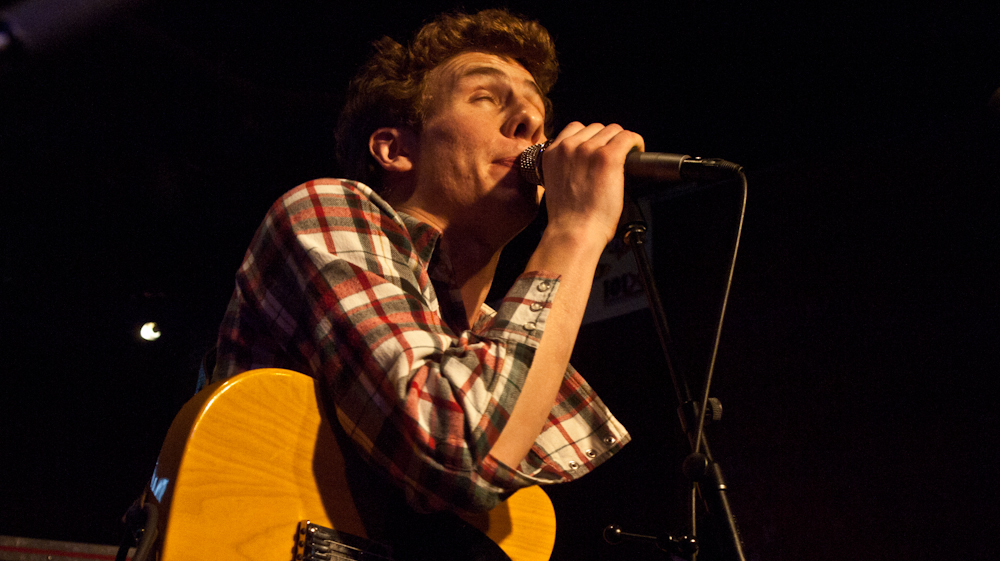 Taylor Guarisco of Givers gave the KUT audience a show to remember on Friday night at Momo's in Austin.

This audio has been removed at the request of the artist.

Since Vampire Weekend pioneered the marriage between indie rock and Afro-pop with their self-titled debut in 2008, there has been a flurry of bands following suit. Givers could be just another of these bands, but these young Louisianans trade Ivy League polish for raw energy. At KUT's 2011 SXSW showcase at Momo's Club, the group's set was both tight and sprightly, leaving the crowd shouting for more. (Good news on that front: the band recently signed to Glassnote Records, and is recording an album to be released later this year.)

Tiffany Lamson's and Taylor Gaurisco's spry vocals bounce off each other, dancing over exuberant guitar riffs, sparkling xylophones, and dynamic beats. Occasionally, their delightfully raspy voices land together, creating balmy harmonies that breeze over polyrhythmic backdrops. The arrangements are as playful as the vocals, deftly darting between tropical pop on songs like "Up Up Up" and more dissonant whirls of electronic blips, guitar and horns on "Saw You First" before taking a breath, picking back up and bursting into warm, buoyant riffs once again.