Accessibility links
Prosecutors Get Another Pitch At Barry Bonds Baseball's controversial home run hitter goes on trial Monday in San Francisco. He is charged with lying to a grand jury in 2003 about his alleged use of banned performance-enhancing drugs.

Conventional wisdom says prosecutors — who are trying to prove baseball great Barry Bonds lied when he testified that he never knowingly took banned drugs — basically are walking into U.S. district court Monday with two strikes against them.

Strike one: The whittling down of the indictment from 11 charges to the current five.

Does that mean the government's case has weakened?

Professor Michael McCann, director of the Sports Law Institute at the University of Vermont Law School, doesn't think so. He says he thinks it could actually favor the prosecution "because they're really honing in on what they think are the core instances where Bonds allegedly lied."

McCann says the reduced number of charges — four counts of perjury, one count of obstruction of justice — could make it all easier for a jury to digest.

"If the questions are really straightforward," McCann says, "I think that the jury will be able to understand and decide."

Anderson is Bond's former personal trainer and the man who allegedly gave Bonds — and even injected him with — doping products. It's expected that Anderson will spend the duration of the trial in jail for refusing to cooperate.

Still, his voice will be in the courtroom on a secretly made audio recording in which a man alleged to be Anderson talks about, according to prosecutors, Bonds' use of undetectable drugs.

ESPN got a copy of the tape. It's hard to hear, as the man alleged to be Anderson speaks softly.

"So, everything that I've been doing at this point, it's all undetectable,"
the man says, according to ESPN.

Bonds' lawyers are expected to argue that the tape can't be authenticated and that it's being taken out of context. 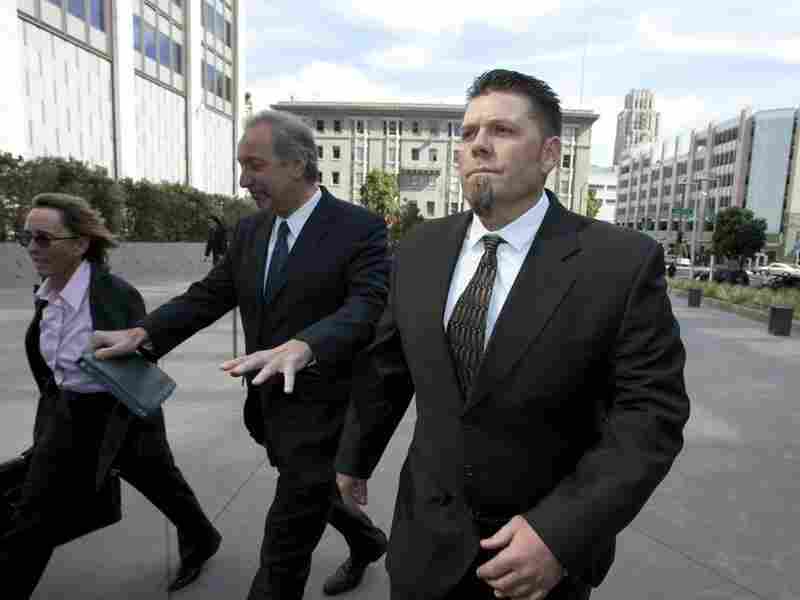 Greg Anderson (right) arrives for Barry Bonds' arraignment hearing on March 1, ahead of the perjury trial that begins Monday. Anderson is currently in jail for refusing to cooperate with prosecutors. David Paul Morris/Getty Images hide caption 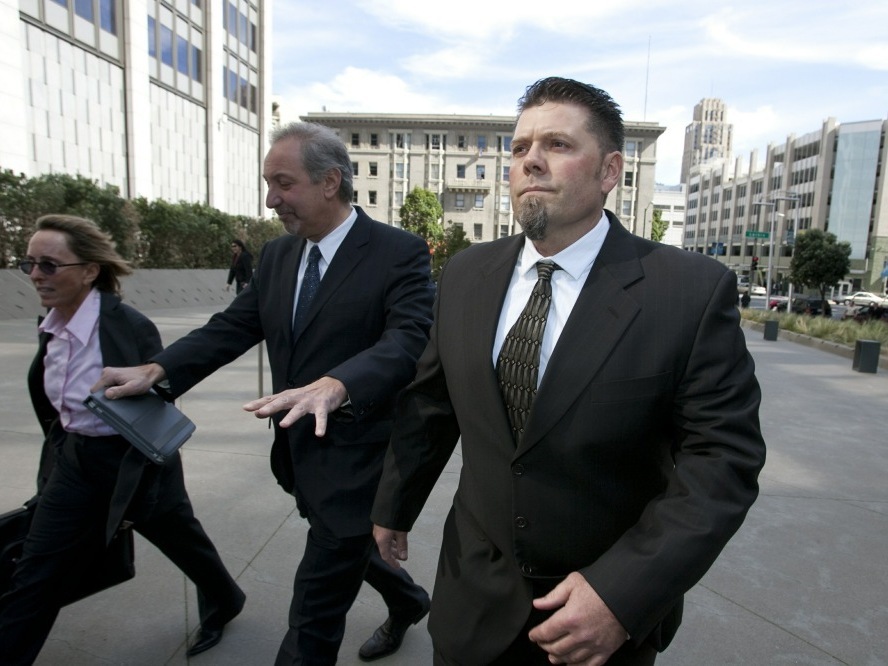 Greg Anderson (right) arrives for Barry Bonds' arraignment hearing on March 1, ahead of the perjury trial that begins Monday. Anderson is currently in jail for refusing to cooperate with prosecutors.

The defense team also is expected to argue that prosecution witnesses — including ballplayers, Bonds' former business partner and former girlfriend — all have an interest in saying Bonds used steroids.

Of course beyond the legal tactics, there is this question hanging over the San Francisco courtroom: What impact will the trial's outcome have on the legacy of a player who holds baseball's greatest records for most single season and career home runs?

According to sports writer Jeff Pearlman, nothing needs to be resolved in most people's opinions on whether Bonds used performance enhancing drugs.

Pearlman, author of Love Me, Hate Me: Barry Bonds and the Making of an Antihero, says, "If you polled 100 baseball fans, 99 would say, 'Of course he used. Let's not be stupid here.' "

If there's a conviction, though, what would be the impact on baseball? Should the commissioner put an asterisk next to Bonds' records? 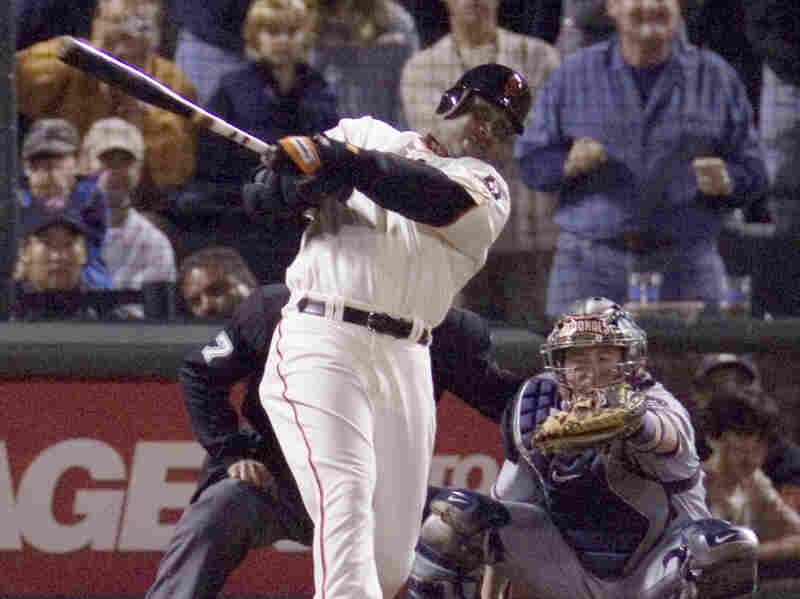 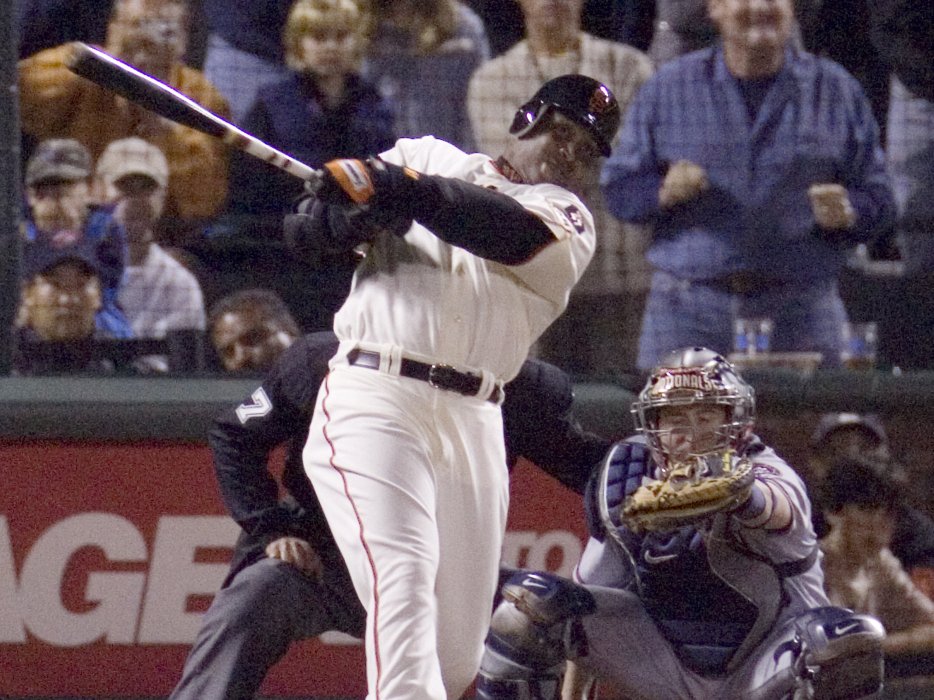 "It's pretty clear that the last 30 years or so have been the history of performance enhancers," Ratto says. "I think baseball's got to own that the entire industry looked the other way for a long time."

If there's no conviction, many undoubtedly will pillory the government for wasting taxpayers' money.

And so we know that, a month or so down the road, the Bonds trial will end. What is less clear is this: What — if anything — will it resolve?