Accessibility links
New Republic: A Case Against Our Attack on Libya After the United Nations voted for a no-fly zone over Libya on Thursday, the U.S. and allies launched attacks against Gadhafi's forces over the weekend. Some say the U.S. attack is long overdue, but Michael Welzer of The New Republic argues that Libya does not qualify for U.S. intervention.

New Republic: A Case Against Our Attack on Libya

New Republic: A Case Against Our Attack on Libya 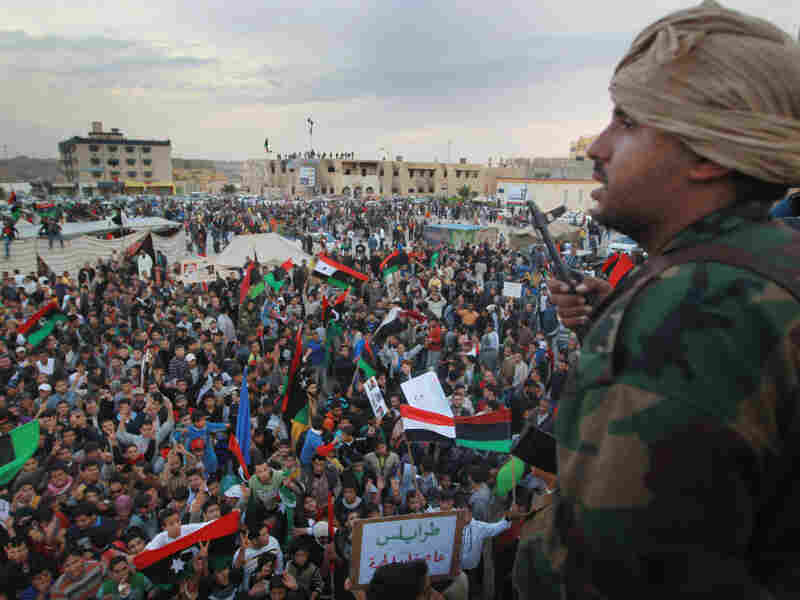 Rebel supporters gathering during a celebratory rally in Tobruk, Libya after the United Nations approved a no-fly zone over the country on Thursday. In the past several weeks, some experts have been split on how, if at all, the U.S. should intervene. Joe Raedle/Getty Images hide caption 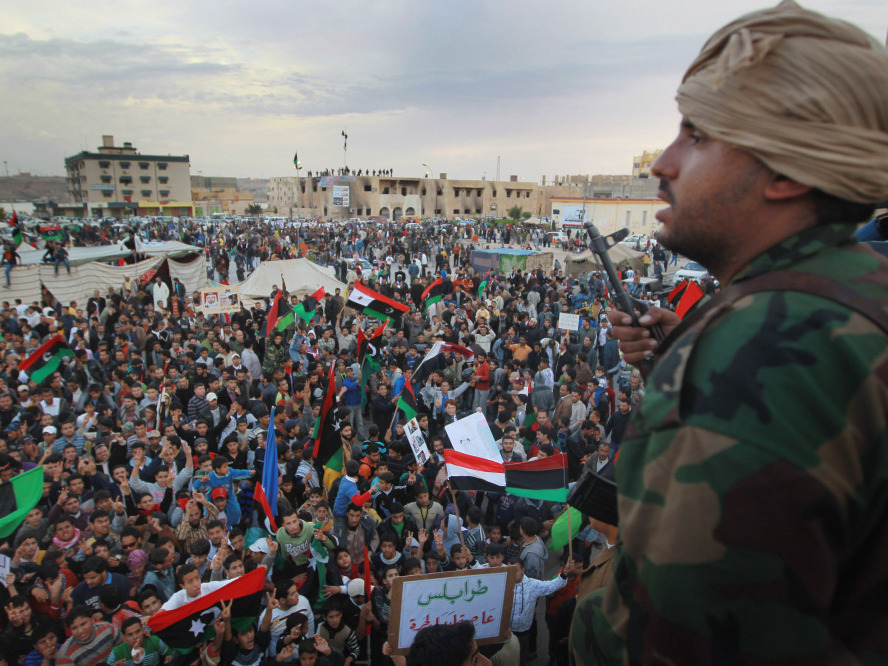 Rebel supporters gathering during a celebratory rally in Tobruk, Libya after the United Nations approved a no-fly zone over the country on Thursday. In the past several weeks, some experts have been split on how, if at all, the U.S. should intervene.

Read Another Opinion On U.S. Action In Libya

Read A Different Opinion On U.S. Involvement In Libya

Michael Walzer is a New Republic contributing editor and professor emeritus of social science at the Institute for Advanced Study.

There are so many things wrong with the Libyan intervention that it is hard to know where to begin. So, a few big things, in no particular order:

First, it is radically unclear what the purpose of the intervention is — there is no endgame, as a U.S. official told reporters. Is the goal to rescue a failed rebellion, turn things around, use Western armies to do what the rebels couldn't do themselves: overthrow Gadhafi? Or is it just to keep the fighting going for as long as possible, in the hope that the rebellion will catch fire, and Libyans will get rid of the Gadhafi regime by themselves? Or is it just to achieve a cease-fire, which would leave Gadhafi in control of most of the country and probably more than willing to bide his time? The size of the opening attack points toward the first of these, but success there would probably require soldiers on the ground, which no one in France, Britain, or the United States really wants. The second is the most likely goal, though it would extend, not stop, the bloodshed.

Second, the attacks don't have what we should have insisted on from the very beginning — significant Arab support. Qatar and the United Arab Emirates have promised military forces, but they represent roughly 1 percent of the Arab people. There is no support coming from either Tunisia or Egypt, Libya's immediate neighbors. The Tunisian army is small, but the Egyptian army isn't small, and they have an air force, too. The United States has spent billions of dollars on the Egyptian military, and it is astonishing that Egypt is not willing to make any contribution to the intervention. That is a very bad sign, for the attacks will undoubtedly kill civilians, and these will be innocent men, women, and children, Arab and Muslim, killed (again) by the French, the British, and the Americans. Russia and China, who opposed the intervention, abstained on the final Security Council vote, perhaps because they can't imagine an outcome that better suits their interests in the Middle East and Africa.

Third, opposition in the Security Council didn't stop with Russia and China. India, Brazil, and Germany also opposed the intervention, and then abstained. The African Union refused to send a representative to the meeting called by President Sarkozy in Paris to consolidate support for military action. The Arab League called for the creation of a no-fly zone, but some of its leaders are already criticizing the attacks required to make it work. And, again, no major Arab state is participating. It is an old pattern that we thought was finished after the uprisings in Egypt and Tunisia — where Arab states (and other states too) don't take responsibility for doing what they want done ... by someone else.

None of this would matter if this were a humanitarian intervention to stop a massacre. But that is not what is happening in Libya today. There would have been a cruel repression after a Gadhafi victory, and it would have been necessary to help rebels and dissidents escape and to make sure that they had a place to go. Watching the repression wouldn't be easy (though we seem to be having no difficulty doing that in Bahrain and Yemen). But the overthrow of tyrants and the establishment of democracy has to be local work, and in this case, sadly, the locals couldn't do it. Foreigners can provide all sorts of help — moral, political, diplomatic, and even material. Maybe neighbors, who share ethnicity and religion with the Libyan people, could do more. But a military attack of the sort now in progress is defensible only in the most extreme cases. Rwanda and Darfur, where we didn't intervene, would have qualified. Libya doesn't.