Accessibility links
First Listen: Trap Them, 'Darker Handcraft' There's a decent amount of noise in Trap Them's metallic hardcore, along with a palpable danger that's too good to turn away. Darker Handcraft mixes hardcore, grindcore and death metal, bringing to mind The Stooges' Funhouse for the mosh pit. 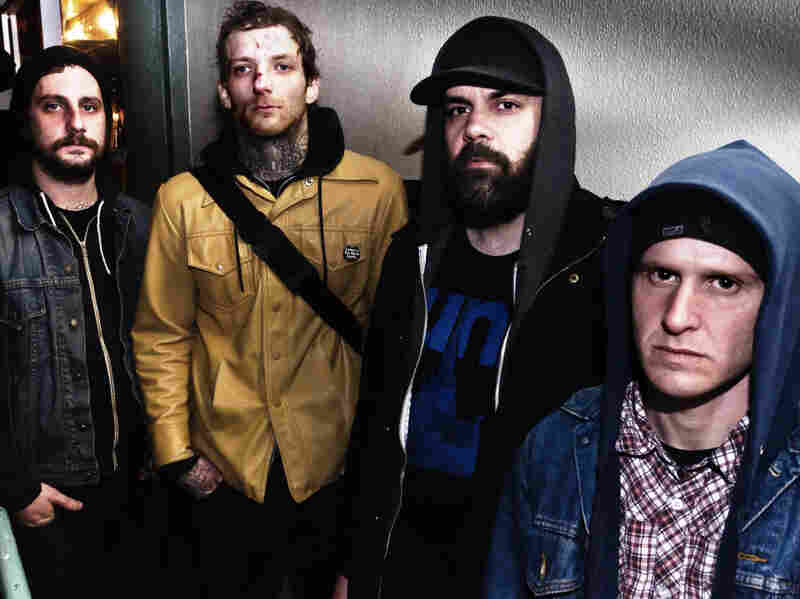 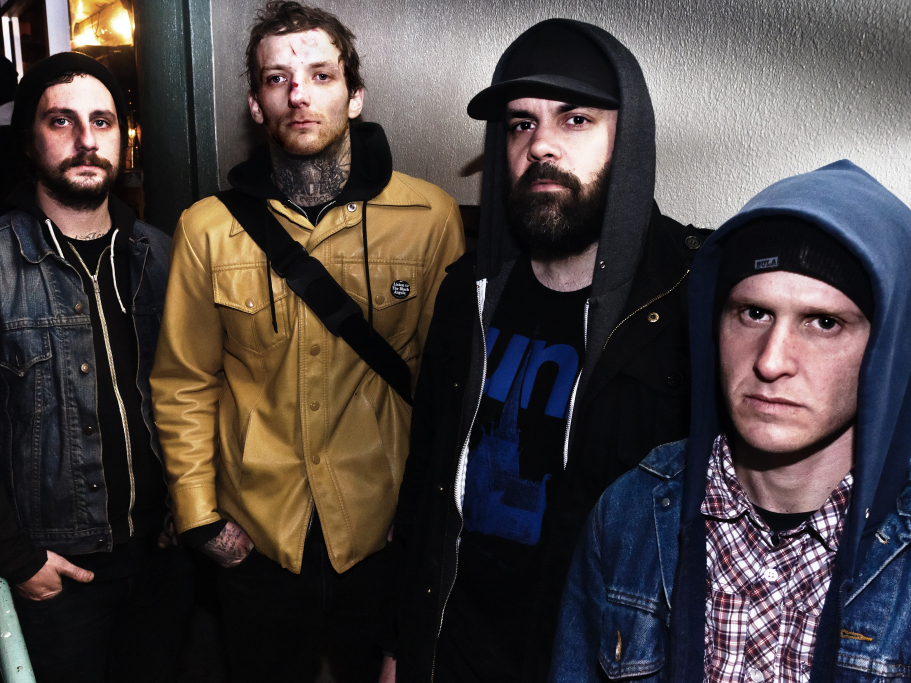 It's been a good few years for hardcore, not that hardcore ever went away or needed saving. But sometimes it takes a few bands to remind us of a genre's vitality. F----- Up's gorgeously produced 2008 studio album, Chemistry of Common Life, proved that hardcore's place wasn't only on stage, although the group needs no help on that end. Last year, OFF! — a new band of '80s hardcore punk vets — said more in minute-long bursts than most say in an hour. Count New Hampshire's Trap Them among the furious throng. The band's albums and EPs up until this point have been strong and noteworthy, but not like the new Darker Handcraft, which comes off like a metallic Funhouse come to haunt your headphones.

The Stooges' 1970 album isn't as far off a comparison as you might think — hell, Decibel Magazine invoked The Who in its print review of Trap Them's third full-length. Funhouse pushed the chaos of rock 'n' roll to its natural conclusion, pitting lusty skronk and noise against raw, distorted blues. Now, there isn't much lust here, but there's a certain amount of noise in Trap Them's metallic hardcore, as well as palpable danger that's too good to turn away.

For those familiar with the band, Darker Handcraft's first three tracks sound like the Trap Them we know and love: fast D-beat drums and the buzzsaw guitar of the Swedish death-metal legends in Entombed. Converge's Kurt Ballou returns to produce, and makes cuts like these burst with a razor-sharp sound. But in the Converge-esque "Every Walk a Quarantine," even he must have been like, "Guys, come on, I'm in the other room." That aside, the real work starts with the swaggering "Evictionaries" and the three songs that follow. The single-note runs that define Kurt Ballou's signature guitar style are thickened and slowed down slightly by Brian Izzi in "All by the Constant," a dizzying contrast to drummer Chris Maggio's muscular punk tantrums. A Southwestern twang turns into a sinister zombie-walk interlude in "Sordid Earnings" before launching into what will likely become Trap Them's defining song: "The Facts." At one time, "I am that goddamned son of a bitch" was the kind of vocal hook only a band like Blood Brothers could get away with, but vocalist Ryan McKenney draws out the line like feral demon. And are those keyboards pounding in the recesses of the chorus? (Maybe the Blood Brothers comparison isn't so far off.)

The latter half of Darker Handcraft largely favors Trap Them's grindcore roots, with pummeling minute-long songs unleashing a swirl of kick-punches to the face. But in its final two tracks, there's an until-now-untapped doomier side that's particularly satisfying. Bassist Stephen LaCour is crucial here, grounding Izzi's more melodic guitar turns over a Black Sabbath-like low-end. It's the kind of teaser that makes listeners anticipate the next record before the last bloodied note is scraped off the floor.

Darker Handcraft will stream here in its entirety until its release on March 15. Please leave your thoughts on the album in the comments section below.