Accessibility links
Japan Crisis Sparks Nuclear Waste Questions In U.S. Finding a permanent storage site for it is more of a political challenge than a financial one. The Obama administration scuttled a plan to store the waste underground in Nevada at Yucca Mountain. Other options, such as dry cask storage, aren't seen as a permanent solution. The administration recently formed a panel to review waste storage options; a final report is due in about two years. 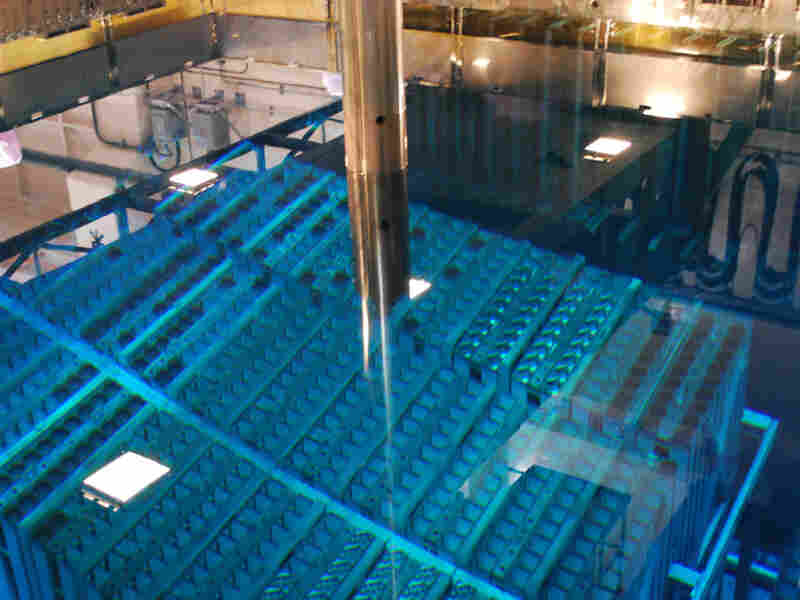 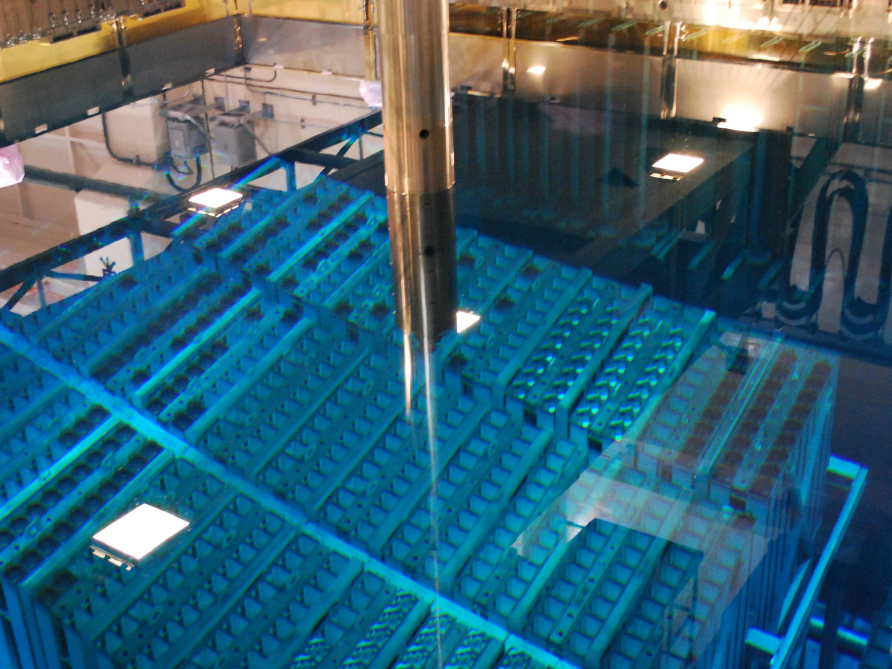 Spent nuclear fuel rods are stored in pools of water at Japan's Fukushima Dai-ichi nuclear power plant. The water keeps the rods cool while protecting the environment from their radiation.

The nuclear crisis in Japan is prompting scrutiny of nuclear power plants in the U.S., leading to a decades-old question: What to do with all the spent nuclear fuel produced here?

The law says the federal government is supposed to take nuclear waste off the hands of plant operators. The Department of Energy had planned to store it underground in Nevada at Yucca Mountain. But President Obama — fulfilling a campaign promise — put a stop to that controversial program, leaving the long-term storage of nuclear waste in limbo.

There are 104 nuclear power plants in this country, and they produce about 20 percent of the nation's electricity. The fuel rods in each of those plants need to be replaced every three to five years. Although the rods are not powerful enough to use to generate electricity anymore, they are still hot and radioactive. That's why they are stored underwater, in pools near the nuclear plants.

"The pool is basically a swimming pool, although it's quite deep — they tend to be, like, 40 feet deep," says Steven Kraft, senior director at the industry-sponsored Nuclear Energy Institute.

The water has two purposes: It circulates to cool down the rods, and it protects the environment from the radioactivity they emit. If the water evaporates or drains and the rods are exposed, that's a big problem. This is what Japan is experiencing.

If something similar were to happen in the U.S., the consequences could be even more severe because pools here are fuller than pools in Japan.

"Most of our spent fuel pools are filled to beyond the capacity," says Edwin Lyman, a physicist with the watchdog group Union of Concerned Scientists.

Lyman says the ideal solution is still a permanent underground storage facility, something like Yucca Mountain. But barring that, he says dry cask storage is an option. Heavy-duty cylinders are used to contain the used fuel. More power plants are turning to dry casks as they run out of space in pools. Lyman says they have some safety advantages over pools.

The Science Of Japan's Nuclear Crisis July 19, 2011
Tracking The Latest At The Fukushima Nuclear Plant March 18, 2011

"Each cask holds much less fuel than a spent-fuel pool," Lyman says. "You would have to breach multiple casks to get the kind of radiation leak that you might get in a single spent-fuel pool accident."

But even this isn't a permanent solution, and used fuel stocks continue to grow at power plants that were never designed to handle the waste over the long term.

Finding a permanent storage site is more of a political challenge than a financial one. Even after paying about $14 billion to develop Yucca Mountain, there is still $24 billion in the Nuclear Waste Fund.

The industry and a group of state regulators is suing the federal government, arguing that without a permanent storage plan, utility customers shouldn't have to pay a one-tenth-of-a-cent per kilowatt surcharge to the fund.

"How can you keep collecting money from the rate-payer ... when there's no program?" Kraft asks.

It looks like there won't be a program for permanently storing waste from nuclear power plants anytime soon. The administration recently formed a panel to review waste storage options. A final report is due in about two years.