Accessibility links
In Hartford, Parents Don't Always Pick Best Schools Connecticut's Hartford Public Schools district lets parents pick which school to send their child to. As the theory goes, parents should naturally choose the good schools over the bad ones — but as it turns out, they often don't. 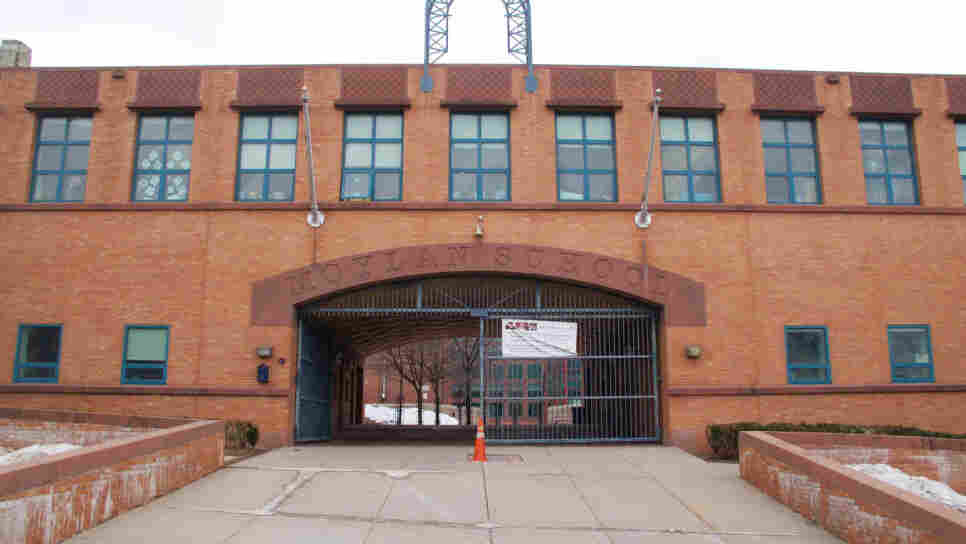 But Hartford is also a district that allows parents to choose their child's school. As the theory goes, parents should naturally choose the good schools over the bad ones — but as it turns out, they often don't.

Late last year, the parents at Hartford's Moylan School learned that their school was going to be "redesigned," meaning the building will stay the same, while everything else changes: All of Moylan's teachers and administrators will be fired and will have to reapply for their jobs, its old curriculum will be tossed, and a new school will open. It will be called the Expeditionary Learning Academy at Moylan School, and the reason for the change lies in the school's low test scores.

Alfonso Castillo is picking up his third-grade daughter at Moylan. It's dismissal time, and kids are throwing snowballs and eating cupcakes as buses line up outside. He says he was disappointed to hear the school would probably close.

"I've never had a problem with this school, and I'd be really disappointed if they closed it," Castillo says. "I don't think this should be one of the schools that should be closing." 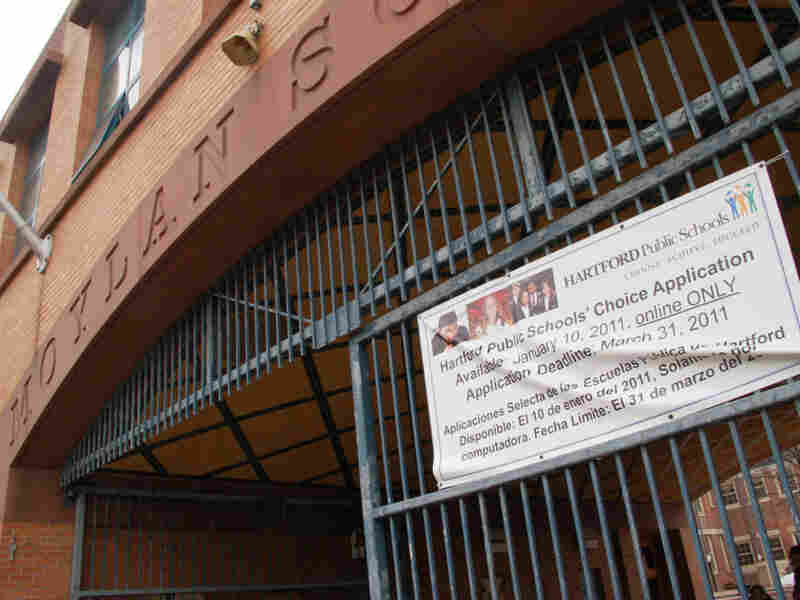 The Hartford Public Schools district allows parents to apply for a spot in any nonmagnet Hartford public school and guarantees the child's seat in one of the four schools they select. Jeff Cohen for NPR hide caption 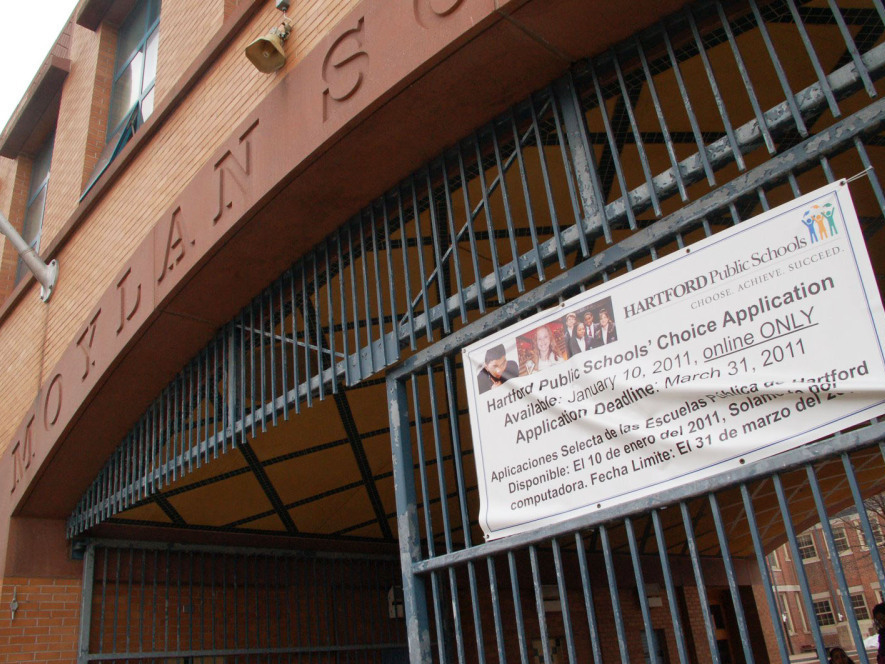 The Hartford Public Schools district allows parents to apply for a spot in any nonmagnet Hartford public school and guarantees the child's seat in one of the four schools they select.

Myesha Simpson, president of Moylan's parent teacher organization, has four kids at the school. She says that despite the low test scores, she is happy with Moylan's teachers. She wants the district to improve Moylan, not reorganize it.

"Even if the numbers aren't great, they're learning; they're improving," Simpson says. "If they could just help out with the school they're in — their neighborhood — wouldn't that be better?"

Hartford is a poor city in a wealthy state, and its students have historically lagged far behind their suburban peers. The city is five years into a major school reform effort that allows parents to choose which city school their child attends. The reform has led to the closing of nearly two-dozen under-performing city schools.

Christina Kishimoto, the city's assistant superintendent for secondary schools, says that by federal standards, Moylan has been underperforming for years.

"We had already given them a year leeway because they had made progress," Kishimoto says. "We wanted to see if they could sustain that progress. The progress wasn't sustained."

Tell that to Myesha Simpson and she points out that some of Moylan's numbers were just barely off the mark — and she doesn't want her children to go anywhere else.

Sarah Yatsko knows this sentiment well. She's a researcher from the Center on Reinventing Public Education at the University of Washington and has studied Hartford's school reform. At a presentation to the board of education earlier this year, Yatsko said Hartford parents don't always choose the schools the district wants them to.

"We saw some schools that were low performing yet [had] very, very high parent satisfaction rates," she told the board. "That's something that the district should pay attention to and question and wonder about. Because if this model really is to work you want parents to choose the schools that are the high-performing schools."

Yatsko says that Hartford is far from unique — parents across the country are slow to choose high-performing schools over popular schools that don't make the grade. She says the job for district's like Hartford is to get more information out to parents because, the theory goes, good information makes for better school choices.

And that's exactly what people in Hartford are trying to do. The district has just hired an advertising consultant to woo city parents and a group of education advocates has built a website to help inform parents about their schools — giving them information from test scores to location to the school's racial makeup.

But as she walks her kids home, Myesha Simpson says that more information from the district might change the choices some parents make, but it won't change hers.

"This is where we live," Simpson says. "We're going to be here for the rest of our lives."