Accessibility links
In Tokyo, A Tap Water Warning Issued For Infants Japan's ongoing nuclear crisis deepened in its largest city Wednesday, as health authorities warned that radiation levels in some tap water there exceed safety levels for infants. Parents are being warned not to use tap water to prepare baby formula.

In Tokyo, A Tap Water Warning Issued For Infants

In Tokyo, A Tap Water Warning Issued For Infants

Japan's ongoing nuclear crisis deepened in Tokyo on Wednesday, as health authorities warned that radiation in some tap water there exceeds safe levels for infants. Parents are being warned not to use tap water to prepare baby formula.

Infants are at higher risk because they are growing quicker, their cells are dividing more quickly, and dividing cells are particularly vulnerable to radiation damage. Infants also face a lifetime's worth of additional radiation exposure from natural causes, so the impact of this man-made accident is more significant.

Young children also have smaller thyroid glands, which are more severely affected by the uptake of radioactive iodine. The 1986 nuclear accident at Chernobyl in the former Soviet Union led to a marked increase in thyroid cancers. Much of that exposure is believed to have come from ingestion of milk produced by cows who grazed on contaminated grass.

Despite reassurances that radiation levels are not high enough to harm adults, the announcement about Tokyo's tap water raised health concerns among the millions who live in Japan's largest city, which is about 140 miles south of the damaged nuclear plant. NPR's Richard Harris reports from Tokyo that the health warning prompted runs on bottled water.

Some experts believe the increase in radiation levels in tap water may be due, in part, to recent rains in the area. Radioactive material emitted into the atmosphere can be "washed out" with rain — potentially ending up in water processing plants. 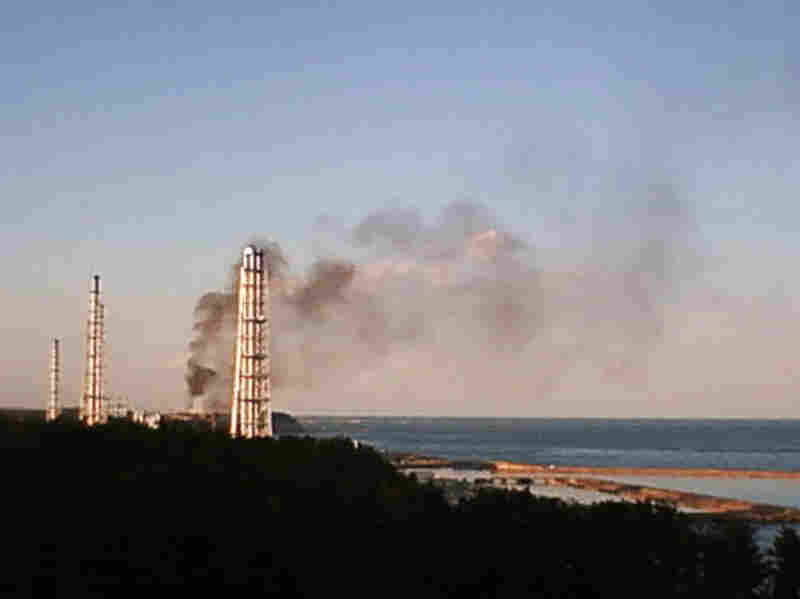 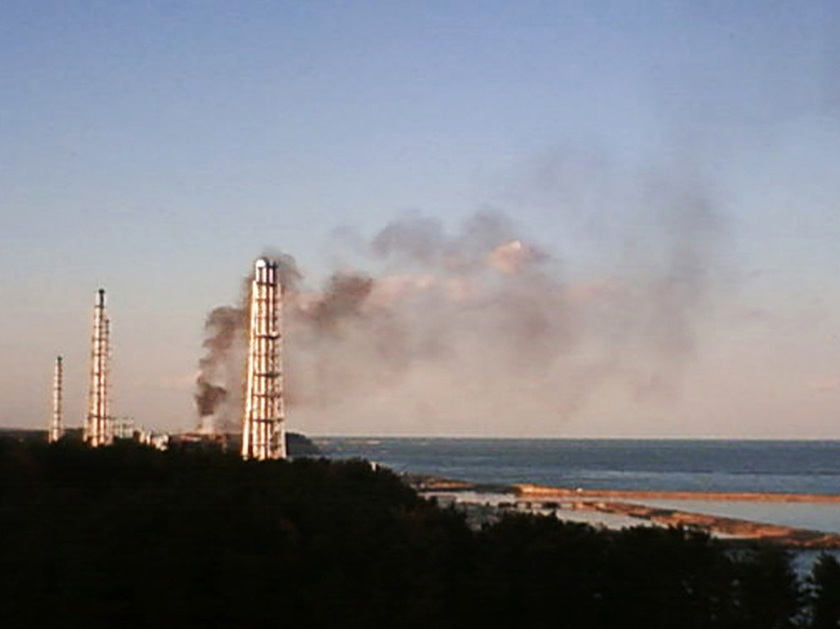 Authorities have also found very high levels of cesium-137 in soil 25 miles northwest of the plan. Cesium-137 decays much more slowly that the iodine-131 that has been found in the water, and has a half-life of 30 years.

Health authorities have also limited the sale of milk and leafy vegetables from certain regions, due to higher-than-normal readings of radiation. The government expanded those restrictions on Wednesday to include a longer list of vegetables. At the same time, they said those readings should cause no immediate impact on human health.

Concerns about radiation levels led the U.S. Food and Drug Administration to ban the import of all fruit, vegetable and milk products from the four prefectures in Japan that are closest to the crippled Fukushima Dai-ichi nuclear power plant. The FDA says it will also be testing all food and feed shipments from those areas. The ban is not expected to have a large impact, as only 4 percent of U.S. food imports come from Japan.

Meanwhile, workers at the nuclear plant are still struggling to bring all of the reactors under control. Black smoke rose briefly from the No. 3 reactor Wednesday afternoon. That interrupted recovery efforts, as some workers had to be evacuated from around the unit. Officials also report that temperatures at two of the reactors are much higher than they are designed to withstand for prolonged periods.

Despite regular progress over the past few days, officials are still puzzled by the regular appearance of smoke plumes that rise from the facilities, then disappear. Tokyo Electric Power Co., which runs the plants and the recovery efforts, has offered no explanation for the smoke.

On Tuesday, workers made a big step forward when they reconnected the lights in one reactor's control room, and said they had succeeded in bringing external power to all six reactors. But they still have a lot of work to do before they can bring cooling equipment back online.

Workers continue to inject water into some of the reactor's core units to keep the temperature down. They have also been spraying water onto pools that hold used fuel rods. Those pools are believed to have been damaged in the quake and tsunami, and by the hydrogen explosions that have rocked the complex. Spent nuclear fuel remains dangerously radioactive, and workers have been struggling to keep the pools filled with water.

Aside from work at the nuclear reactor, relief work continues to help the hundreds of thousands of people left homeless by the earthquake and tsunami. National Police figures indicate more than 24,000 people have been confirmed dead or missing, with nearly 9,500 confirmed dead.

With reporting from NPR's Richard Harris and Christopher Joyce in Tokyo.