Accessibility links
The 46 Local I ride the bus by choice. The judge chose to take my drivers license away when I pled guilty to driving under the influence. The bus can change the way you see the world. For instance, I never thought that I would envy a man sitting alone behind the wheel of a 20-year-old Ford Taurus, but riding the bus will do that for you. 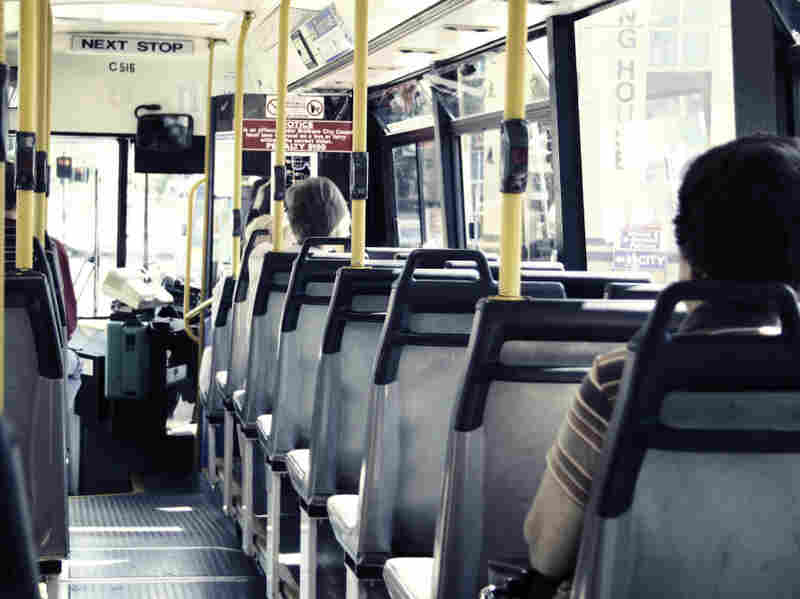 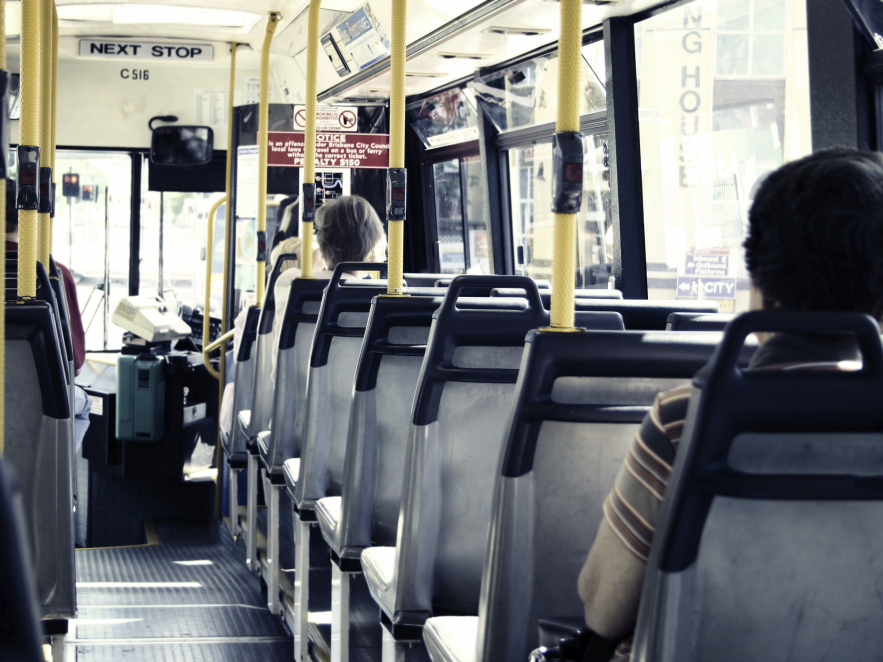 I ride the bus by choice. The judge chose to take my drivers license away when I pled guilty to driving under the influence.

The bus can change the way you see the world. For instance, I never thought that I would envy a man sitting alone behind the wheel of a 20-year-old Ford Taurus, but riding the bus will do that for you.

The 46 local from the West Side to Downtown is full of interesting people. Take Mickey, our driver. He's a fat guy, but Mickey isn't one those nouveau fat guys that the politicians are all worked up about. He was obese long before the epidemic. Mickey is old-school. You would never find him at a drive-up window. His perfectly round physique came from regular ministrations of things like mashed potatoes, meatloaf and beer. Mickey likes to talk about what he's going to do when he retires. He has a long list. Losing weight isn't on it.

Mary Jane sits behind Mickey. She's nuts. I know this because she told me. Mary Jane only rides the bus on Wednesdays because on Wednesday at two o'clock she has a standing appointment with her psychiatrist. I get on the bus at 7:25AM. It is a 10-minute ride from the bus stop on my corner to the stop nearest my IT job. Mary Jane's doctor's office is in the building two doors down from mine. In other words, she arrives there more than six hours early. She hates to be late. Mary Jane usually cries on the bus ride. The cause of her tears is regularly shared with her fellow passengers, and is different each week. Variety is the spice of life. Yesterday it was her landlord. It seems he had made a bookkeeping error which resulted in an arrearage in her rent. He was threatening eviction. Of course, Mary Jane could not locate her canceled check. She sobbed as she told us she would have to call upon her attorneys to set the matter right.

Matt Cook rides the 46 too. He's a bellman at the big hotel near the courthouse. He refers to himself as Matt Cook. Matt Cook never shuts up. He talks about sports, religion, politics, weather and he tells jokes. Yesterday he said to me, "Did you hear the undertaker raised his prices? It's the cost of living." Funny guy.

I can get my drivers license back in another couple of months, but first I have to pay to have this thing installed in my car. I will have to breathe into it. If I haven't been drinking, the car will start. If I have been drinking, the car dies and the thing will call the law. So I have been asking myself, do I really want to go to all that trouble and spend all that money just to drive the couple of miles to work? Then I look around the bus and I say to myself, yes, yes, please dear God yes. I don't want to see the inside of this thing or any of these people ever again. I can't stand them. I suppose the feeling is mutual. I never gave any of them my real name so they all call me whiner.