Accessibility links
Tchaikovsky, Meet The Bard: Gustavo Dudamel's New CD The dynamic conductor makes magic with Tchaikovsky's symphonic version of Shakespeare's enigmatic play The Tempest. Set on a far-off island, the motion of the sea rises and falls within patterns in the strings. 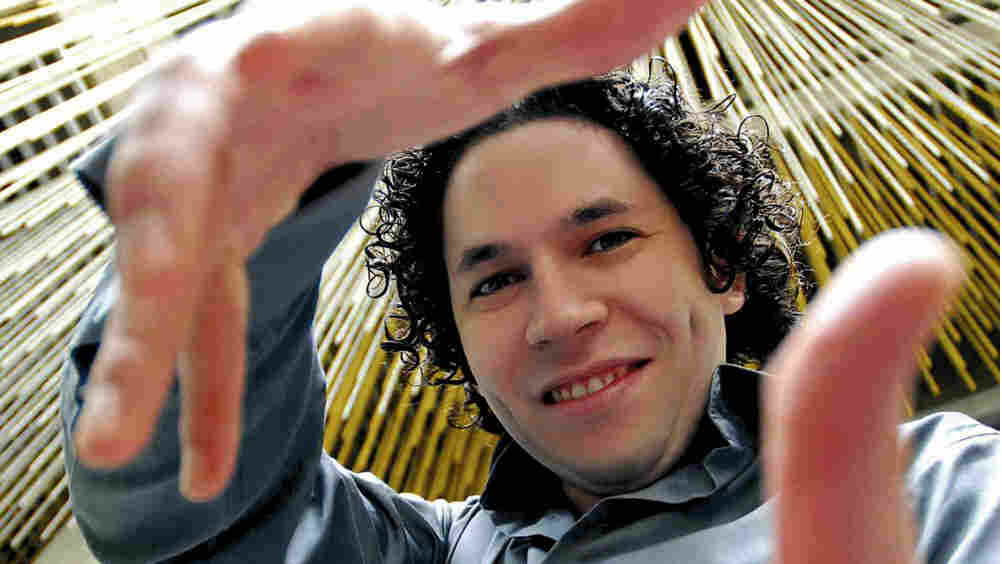 Conductor Gustavo Dudamel and his Simon Bolívar Symphony Orchestra of Venezuela have released a new recording called Tchaikovsky and Shakespeare. It features three works inspired by the Bard's plays: Romeo and Juliet, Hamlet and The Tempest. I've been listening to the CD, and while all the performances are first-rate, I'm intrigued by Dudamel's performance of the rarely played work based on The Tempest.

Dudamel is such a charismatic conductor in person that when listening to his recordings, I find it difficult not to see him in my mind. So I listened to this CD while following the musical score, to make an accurate assessment of the performance.

Tchaikovsky was brilliant at portraying scenes and characters with an orchestra, and The Tempest is amazing as a drama expressed through music. Set on a far-off island, we hear the motion of the sea as rising and falling patterns in the strings. Prospero the magician, stalking the island, is an ominous theme in the horns. Whitecaps skip across the waves as short bursts from the woodwinds. 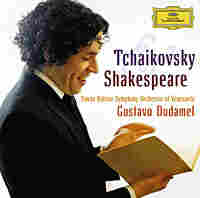 Dudamel has very clear ideas about how his orchestra should sound in these portrayals, both as textures and as phrasings. Ariel, the shape-shifting spirit of the air, is portrayed in the higher regions of the orchestra. And then we'll meet Caliban, growling and grotesque in the lower strings.

Sometimes there's more grit than cream in the sound of this Venezuelan orchestra, giving it an earthiness associated with many Russian orchestras — and it really works in some sections of Tchaikovsky. By contrast, here's the smooth string sound representing the lovers of the drama.

Music historians have always considered The Tempest second-rate Tchaikovsky. But great conductors reveal fresh ways to listen to a work they believe in, and Dudamel's vivid and emotionally rewarding interpretation has opened my ears to the genius of this piece.

The proof was in what I imagined as I listened: Dudamel disappeared and the musical notes too, all replaced by lovers, monsters and spirits on an island in the sea.