Accessibility links
Obama Agency Review Looks To Snip The Red Tape By all accounts, the government doesn't operate very efficiently when it comes to promoting exports, which the Obama administration says is key to creating more jobs. The president has ordered a study of how to make government more efficient in order to improve the economy, but reorganizing the American bureaucracy is fraught with pitfalls. 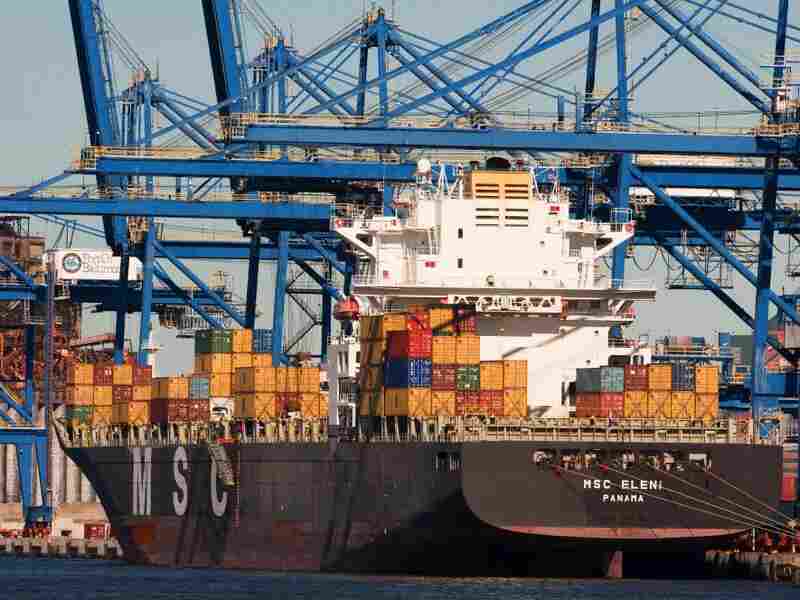 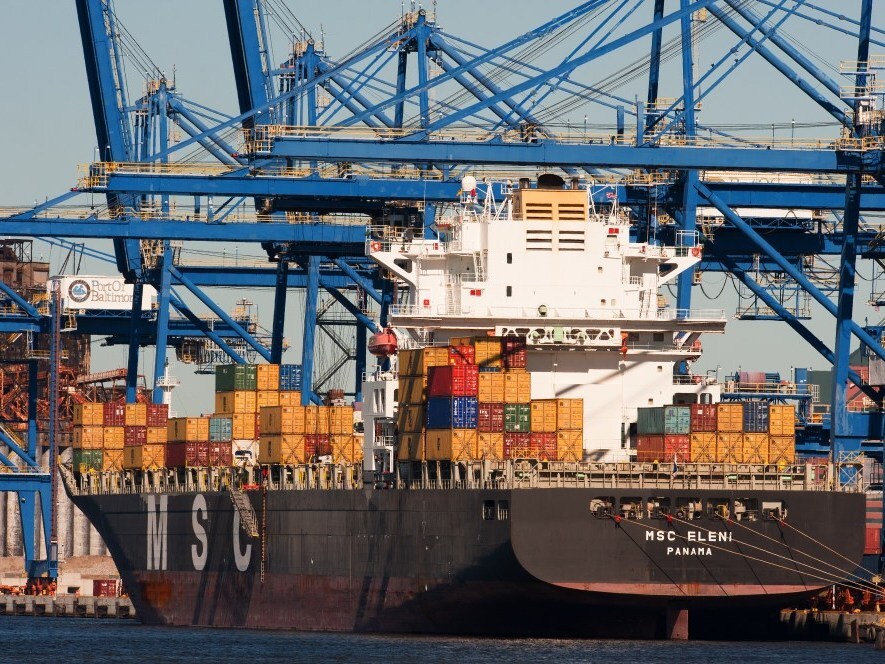 President Obama is focusing his review on government agencies that deal with trade and exports.

With an eye toward streamlining their functions, President Obama has ordered a review of government agencies — especially those that deal with trade and exports. The president wants to double U.S. exports over the next four years and says the nation can't win the future with a government built for the past.

The reorganization effort is being led by Jeffrey Zients, a Washington businessman in his first government job. Zients, deputy director for management at the Office of Management and Budget, says he is taking an approach that's common in the private sector.

"In effect, what we're doing is the same thing that the best businesses do all the time," he says. "We're stepping back and doing analysis and determining how we, the U.S. government, can operate more efficiently and serve the public better."

By all accounts, the government does not operate very efficiently when it comes to promoting exports, which the Obama administration says is key to creating more jobs in the U.S.

There are at least a dozen agencies that deal with trade and exports, ranging from the Commerce Department to the Office of the U.S. Trade Representative to the U.S. Export-Import Bank.

Jitinder Kohli has studied the issue of government reorganization for the Center for American Progress, a Washington think tank closely associated with the Obama administration. Kohli says the federal government is fragmented in the way it promotes trade and economic competitiveness.

"You've got a very large number of agencies playing in the same kind of space," Kohli says. "If you ask yourself the very obvious question, 'Who's the lead agency for promoting competitiveness or the future prosperity of the nation?' — the answer is, 'We're not exactly sure.' "

Kohli says the solution might be a kind of superagency — a business, trade and technology department.

"And that department might bring together the work that the U.S. Trade Representative does with the Department of Commerce, and also other trade-related work that's done around government, and also, potentially, the work of the Small Business Administration," he says.

Kohli says it's an approach that was attempted with some success in Great Britain, which he knows firsthand, having worked on the project there.

But reorganizing the American bureaucracy is fraught with pitfalls.

The Department Of Homeland Security

Paul Posner, director of the public administration program at George Mason University, likens it to moving boxes around. He points to the Department of Homeland Security — formed by the Bush administration after the Sept. 11, 2001, attacks — which consolidated some 22 different agencies into one bureaucracy, including a newly formed Transportation Security Administration.

Another problem with restructuring the bureaucracy is Congress. Robert Tobias, of the Department of Public Administration and Policy at American University, says lawmakers have historically been unwilling to give up any of their turf, and that has translated into many, many overseers of the Department of Homeland Security.

"[Why] do they have 88 committees that DHS reports to?" Tobias says. "How can any one department effectively report to 88 congressional committees — often when they're giving conflicting direction and advice?"

"I couldn't agree more that we want to make sure that we are not moving boxes for the sake of moving boxes," he says. "Reorganizations have some cost associated with them, and clearly whatever we recommend will have benefits that far outweigh the costs."

The administration has been seeking input from lawmakers and from those he says are on the front lines — the government employees who will ultimately implement any changes. (There is a website up seeking their suggestions.)

Zients' report to the president is due in June.