Accessibility links
In Chicago, Stopping Crime Before It Happens Teens growing up in dangerous neighborhoods are more likely to become targets of violence. Members of the CeaseFire program in Chicago aim to reduce shootings and killings by patrolling the streets to intervene on potentially violent situations. 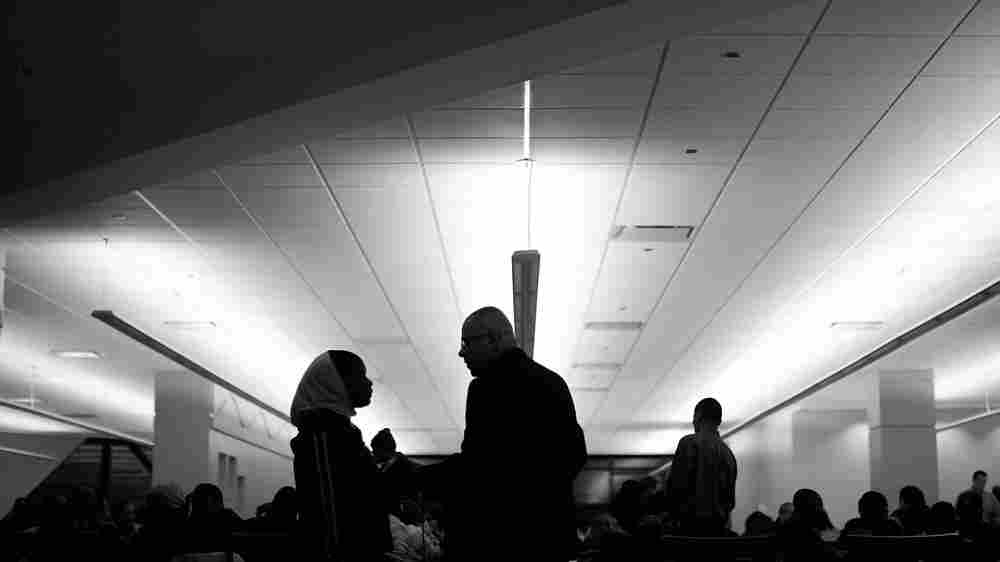 Youth violence rates around the country have been decreasing in recent years, but violent crimes are still most concentrated in poorer, urban neighborhoods. Experts say kids who grow up in dangerous areas are more likely to become targets.

In Chicago, a program called CeaseFire is working to curb violence by helping at-risk youth find employment and patrolling the streets to stop crimes before they happen.

Shooting And Getting Shot At

Deyontaye Brooms is a small 17-year-old with a quick, winning smile, and a close-cropped haircut. The high school junior lives with his mother and stepfather, and has seven siblings.

Broom's school, Fenger Academy in Chicago's Roseland neighborhood, gained notoriety a few years ago when cell phone video of the beating death of another student several blocks from the school went viral on the Internet. 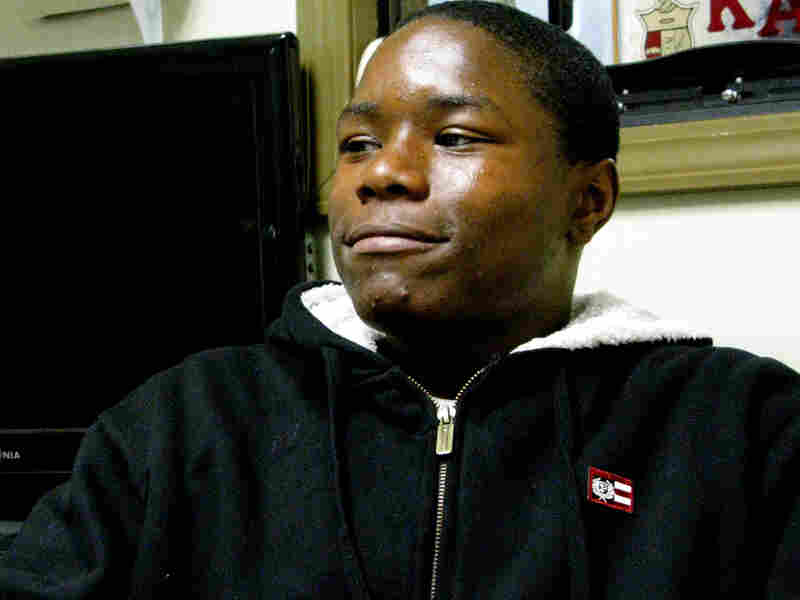 "It's a lot of shooting everyday. I got shot at once upon a time. My friends also got shot at and shot," he says. "I was just lucky that I ain't got shot."

Brooms says he might be lucky because he's now involved with CeaseFire.

At the Roseland CeaseFire office, Brooms talks openly about his young life. He's on probation for getting into a fight with a school security guard. When he was on the verge of getting kicked out of school, Brooms says, CeaseFire helped prevent it.

Brooms says he's familiar with the violence in his community because he was often a part of it.

"I was in a gang. It happens," he says. "You know, I used to be out here robbing people, shooting at people, breaking in their houses. I was doing everything I could to get the money, selling drugs and everything. Everything."

Brooms says those days are over now. He says the gangbanging and crime started because his mother was struggling and he needed things like money and fashionable shoes — things he couldn't get from home. With no job opportunities for a youngster, Brooms says, he joined a gang when he was about 11 or 12.

"I used to be out here robbing people, shooting at people, breaking in their houses. I was doing everything I could to get the money... selling drugs and everything... everything."

University of Chicago researcher Dexter Voisin studies how youth on Chicago's south side cope with community violence. He says teens growing up in dangerous neighborhoods have a range of coping strategies.

They seek out nonviolent friends, some become resigned, others strive to do well in school and some cope by fighting.

Voisin says part of the "code of survival on the streets" is to retaliate.

He says youth begin to think, "If I don't retaliate, it's just a matter of time before I'm dead."

For Brooms, having a gun makes him feel safe.

"I feel like something could happen. Ain't like I walk around every day with it. I don't want to go to jail at all and I ain't got no time to be going to jail trying to get somebody up off me," he says. "Never had to kill nobody in my life."

Brooms says he's also never harmed anyone with a gun, as far as he knows, but he has lost a couple of friends to gunfire, so he understands when people seek revenge.

"Crying over your man's coffin and everything makes you want to get at anybody," he says.

Brooms says he understands the street life, but still, he says he's been working hard to change.

"I ain't selling drugs no more. I'm not fighting no more. I'm not reckless no more," he says. "Plus I got people in my ear telling me like, 'Man, you don't need to do that, that's the same thing I used to do when I was young and I'm like, all right.'"

The Justice Department calls CeaseFire's strategy effective. It found that the group's interventions in risky neighborhoods and its work with gang members has helped decrease shootings and killings.

But Harold Pollack, co-director of the crime lab at the University of Chicago, says there's also a broader public policy challenge that needs to be addressed.

"The best thing we could do for many of these young people to keep them out of crime is make sure they have a job," Pollack says. "In this current economic climate, not enough politicians, particularly in Washington, appreciate the importance of that. When we are trying to get money for summer jobs for Chicago youth, it's a heavy lift in Washington to get those kinds of resources."

"The best thing we could do for many of these young people to keep them out of crime, is make sure they have a job."

Brooms hopes CeaseFire can help him find some type of work. He still has some problems at school but his grades have improved and he says despite some of the violent stories that have made headline news, some of the violence prevention efforts in Roseland do seem to be working.

Now, Brooms says all he wants to do is just make it in life. He's going to try to make his high school football team and hopefully play football in college. He's already chosen where he wants to go to school.