Accessibility links
Movie Review - 'Korkoro' - Freedom's Music, Amid The Din Of War Tony Gatlif's drama of Roma persecution in Vichy France thrums with the sights and sounds of Gypsy culture — but standard war-movie tropes blunt the impact of its story.

'Korkoro': Freedom's Music, Amid The Din Of War

'Korkoro': Freedom's Music, Amid The Din Of War 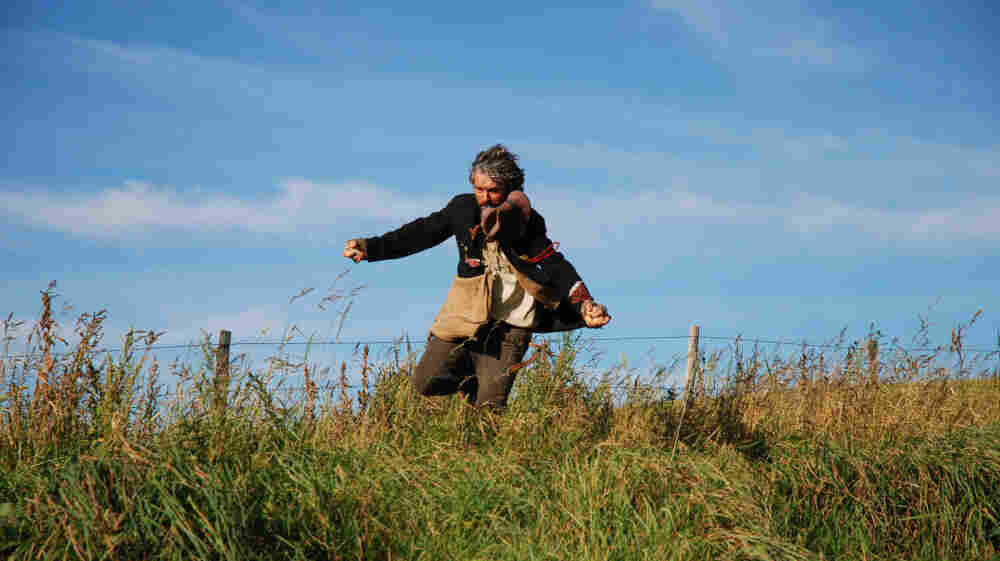 The Other Side: Like most of his films, director Tony Gatlif's Korkoro thrums with the music of the Roma people. Set in Nazi-occupied France, the movie follows 15 Gypsies, including Taloche (James Thierree), as old prejudices metastasize into systematic persecution. Lorber Films hide caption

In French and Romany with English subtitles

The opening credits of Tony Gatlif's Korkoro appear over an image common to many films about the Holocaust: a close-up of barbed wire stretched between wooden posts, with rows of internment-camp barracks lingering in the background. And then, improbably, the barbed wire starts to shimmy like the plucked strings of a harp, and out comes a simple piece of music, jauntier than the setting would ever seem to warrant. Rest assured, what follows is not a tasteless World War II musical romp. But neither will the film's buoyant spirit be easily extinguished.

For Gatlif, an Algerian-born French director of Roma ethnicity, a film always begins and ends with the music. The Gypsy sound has long been the lifeblood of Gatlif's work, whether it's pushed explicitly to the foreground as in his breakthrough 1993 musical documentary Latcho Drom, or used to frame dramatic scenarios like those in 1997's Gadjo Dilo, or in Vengo, his 2000 tribute to flamenco dancing. Korkoro tackles the grim subject of Gypsy persecution in Nazi-occupied France, but music is inescapable, emanating even from the clank of buckets and wagon wheels as a clan makes its way through the countryside. 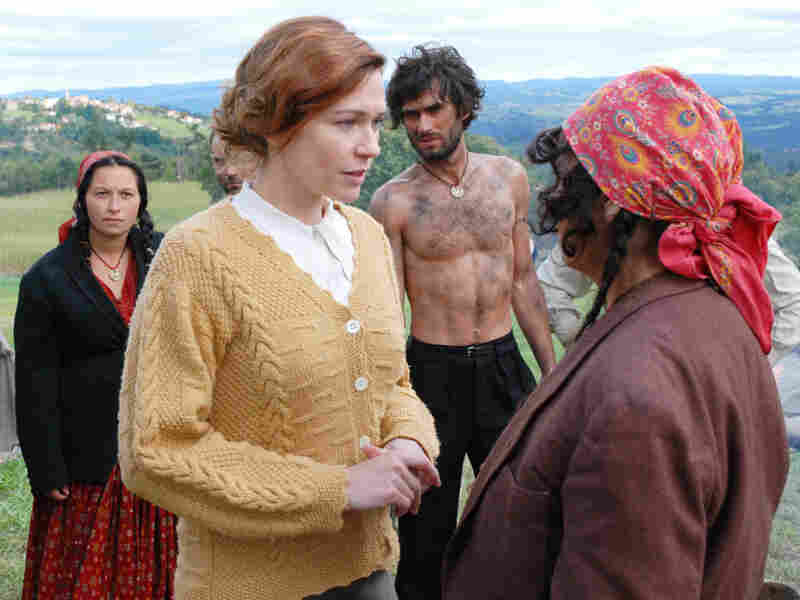 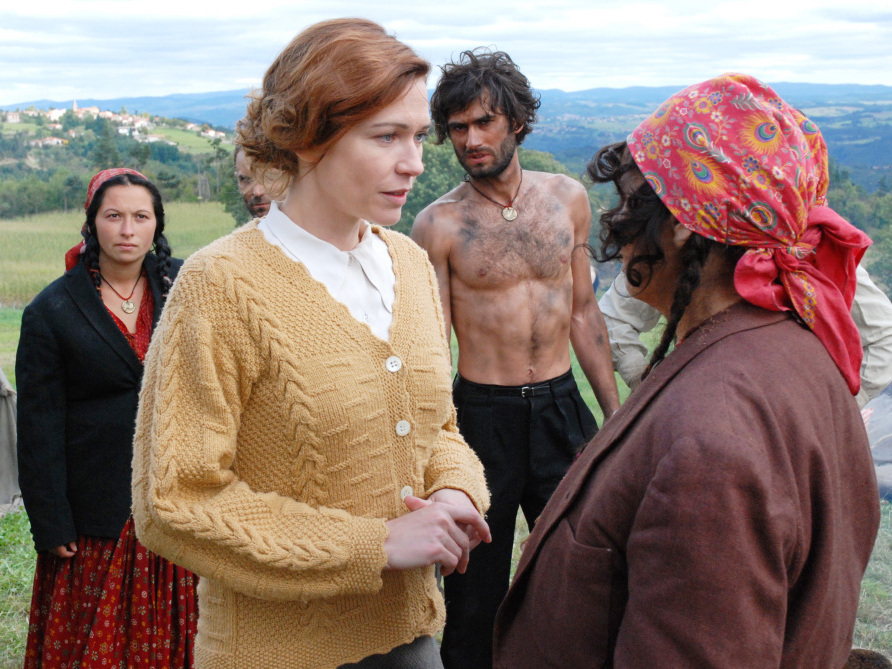 Throughout his career, the critical line on Gatlif's feature filmmaking has remained consistent: brilliant ethnographer, suspect dramatist. Those tendencies are evident again in Korkoro, which weds a vibrant, soulful celebration of Gypsy culture to an assortment of war-movie cliches that stand in for Vichy France. It's a project obviously close to Gatlif's heart — and a rare cinematic tribute to the 250,000 to 500,000 Roma who were killed in the Holocaust — but passion alone doesn't sell a drama that loses authenticity whenever it strays from the tribe.

Meaning simply "freedom" in Roma, Korkoro follows a close-knit group of 15 as they follow an annual tradition and make their way to the French vineyards for harvest time. Once they arrive, however, the townspeople are unable to give them work owing to a new law forbidding their nomadic ways. The law makes the Roma vulnerable to persecution, but they gain support from two influential locals: Theodore (Marc Lavoine), the town's mayor and veterinarian, who repays them for coming to his aid after a horse attacks him; and Miss Lundi (Marie-Josee Croze), a schoolteacher who insists on educating their children.

Though Theodore goes to extraordinary — in movie terms, Schindlerian — lengths to protect the Gypsies by handing over his estate as shelter, the Gypsies can hold out against persecution for only so long. What begins as simple harassment over passport stamps and "trespassing" gradually morphs into a vicious campaign to round them up and shuffle them into an internment camp. As they quickly discover, the new law legitimizes old prejudices held long before the Nazis arrived.

Gatlif treats the Gypsies as more a tight, syncopated unit than a motley collection of individuals; when all but one of them get sprung from the camp temporarily, they stand frozen in despair until the missing person rejoins the group. The only character who stands out is a relentlessly clowning man-child named Taloche (James Thierree), but only as a symbol for the irrepressible spirit of an entire people.

Elsewhere, Gatlif offers a smudge-cheeked orphan straight out of Dickens, gives Miss Lundi a double life as a Resistance member and pursues a tentative stock romance between her and Theodore. All of it takes away from Gatlif's thoughtful evocation of Gypsy music and customs, and his righteous anger over French and Nazi collusion against the Roma during the war. Korkoro fashions a thin tapestry out of the authentic and the chintzy.