Accessibility links
Friendly Skies Exhausted from being up all night, KC squeezes her way up the crowded aisle of Dulles's ancient, space-age mobile lounge. She has never needed to sit down so badly, and yet this morning there is standing room only. She straightens her little blue flight attendant scarf and hopes she doesn't look as bad as she feels. 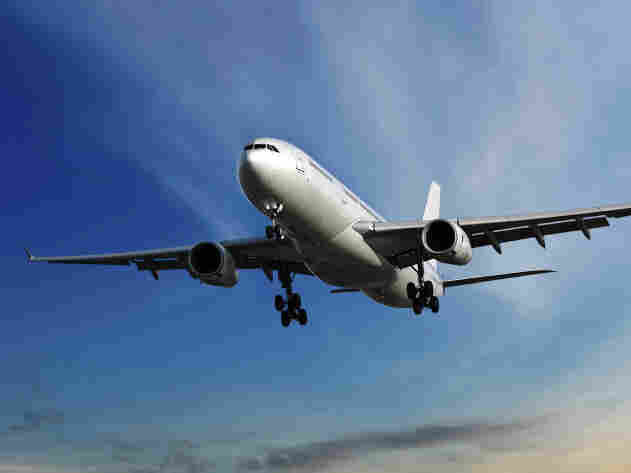 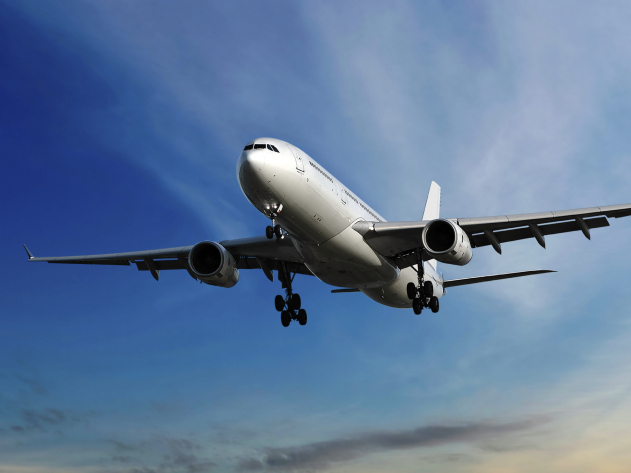 Exhausted from being up all night, KC squeezes her way up the crowded aisle of Dulles's ancient, space-age mobile lounge. She has never needed to sit down so badly, and yet this morning there is standing room only. She straightens her little blue flight attendant scarf and hopes she doesn't look as bad as she feels.

A pilot shuffles into the space next to her. He grabs the chrome strap with one hand and holds his hat with the other. She notices he is wearing blue and silver shoulder-boards. Her airline uses blue and gold, so he belongs to someone else.

She remembers her bloodshot eyes and hopes he thinks she was partying all night, not crying into a Cup O Noodles from the hotel vending machine.

She can't place his accent, but he says "him" like "eem."

She smiles back, but she doesn't say anything. If she spoke, her voice would crack and he would sense that she is near collapse, look at her with pity, and the last thing she needs is to be pitied by an arrogant pilot. She is reminded of the old joke:

How many pilots does it take to screw in a lightbulb?

One. He holds it up in the air and the world revolves around him.

The mobile lounge dislodges from its dock and pushes back from the terminal.

"Where are you headed?" he asks.

"What?" She cups her hand to her ear. He leans in closer, but between the conversations and the pounding rain, she can hardly hear him. She watches his lips as he speaks.

The lounge stops moving. The pilot leans down and squints out the window to see why they've stopped. KC looks too. Through the rain, she sees a regional prop ambling across the tarmac.

When they straighten back up, they are standing several inches further apart. KC wishes she could start over, end up even closer than before. Maybe he would hold her hand and walk her to her gate, kiss her on the forehead before she heads down the tunnel she can't bear to face alone.

"Do you have a long day ahead?" he asks.

She bites her lip and shakes her head. "I was supposed to work four legs today, but they took me off of it."

"No," she says a little louder. "I was supposed to have a long day, but now I only have one flight." She holds up her index finger as she says one.

The hospice called. Her mom is resting now. No more suffering. KC hadn't even been able to tell anyone her mom was sick. The first time she said it out loud was on the phone to crew scheduling. And now she wants to turn her burden over to this pilot standing in front of her, not even from her own airline, but still part of her world, someone who gets it.

"My mom died," she says, but the people around her are gulping their coffee and coughing up last night's cigarettes and complaining about the weather so loudly that her words get lost.

Her pilot smiles. "No," she thinks and shakes her head. "You must have misunderstood. I'm not going to Vegas."