Accessibility links
In South Dakota, Abortion Fight Goes On The state already has among the most restrictive abortion laws in the country. And this week, a new law requiring a 72-hour waiting period took it even further. The law is likely to be challenged in court, and both sides say they'll continue their fight.

South Dakota is among the states with the most abortion restrictions, and this week another law took it even further. 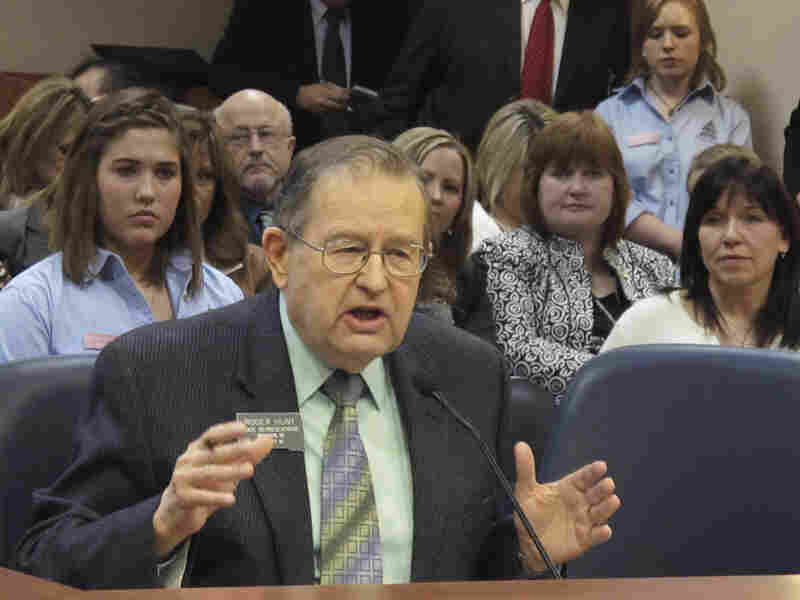 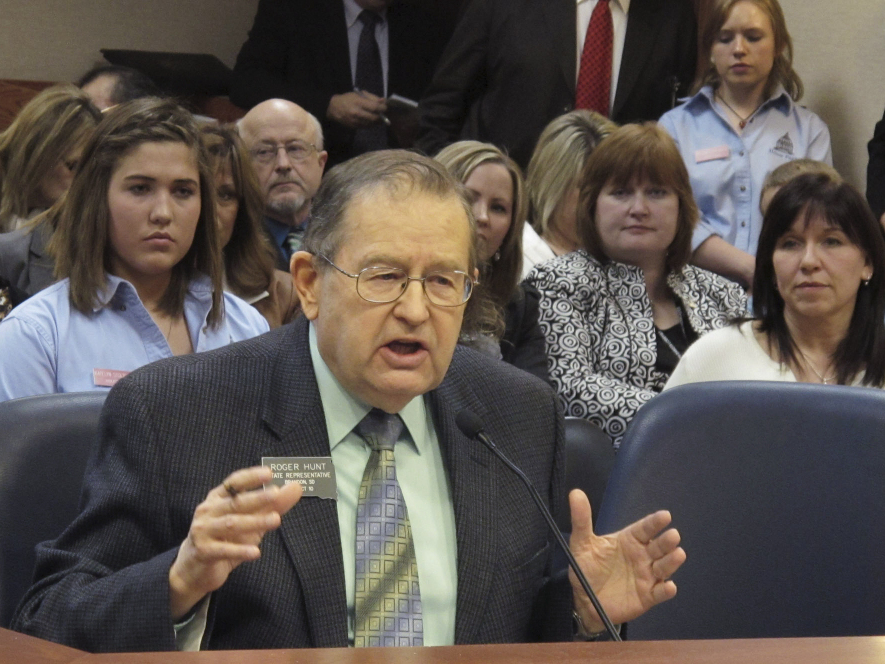 On Tuesday, Gov. Dennis Daugaard signed a law that requires a 72-hour waiting period and mandates counseling from a pregnancy crisis center before any abortion is performed. It will most likely be challenged in court.

The state already has one of the lowest abortion rates in the nation — about 58 abortions for every 1,000 births. And in this huge but sparsely populated state, there are only two clinics performing abortions.

Still, Republican state Rep. Roger Hunt says there are too many abortions being performed here. He's been drafting abortion restriction legislation in South Dakota for more than a decade and says his mission is to take those restrictions even further.

In the South Dakota codified law book, there are 36 pages in all with laws that define life as beginning with conception, and those requiring parental consent of a minor. Hunt doesn't consider these laws restrictive enough.

"It's the matter of the woman's legal, constitutional and moral right to have a relationship with her child," he says. "And that the interference and termination of that relationship when you're terminating a legal right — a constitutional right — cannot be done, and that's an issue the U.S. Supreme Court has never, ever addressed."

An Undue Burden On Women?

"Calling this law protective is supremely cynical," says Sarah Stoesz, who heads the local chapter of Planned Parenthood. "It's nothing but coercive."

Stoesz says this latest law requiring a longer waiting period and more counseling puts an undue burden on women in a vast state like South Dakota.

"Women already drive great distances [to get an abortion]," she says. "The logistical and financial hardships imposed on women under this 72-hour wait are cruel and unnecessary and intolerable — and, I think, unethical."

Hunt says that as long as he is in office, he'll continue to do what he's done his entire political career — try to further restrict abortions. And Planned Parenthood will very likely continue to challenge those laws in court.