Accessibility links
Scientists Tune In To The 'Voices Of The Landscape' The new field of "soundscape ecology" eavesdrops on the sounds of the natural world — from the trumpeting of elephants to the chirping of ants — to monitor environmental health, species interactions and human impact.

There's nothing new about studying animal sounds; biologists have been doing that for centuries. After all, if you want to understand birds, you need to understand how they communicate.

But Bryan Pijanowski is now asking his colleagues to take a huge step back and, metaphorically speaking, listen not just to the trees, but to the forest.

"We're trying to understand how sounds can be used as measures of ecosystem health," says Pijanowski, who teaches in the department of forestry and natural resources at Purdue University.

He and some colleagues have written a call to action in the journal BioScience. It's time, they say, to formalize the study of "soundscape ecology."

"We're interested in all the voices of the landscape," Pijanowski says. "Not just particular individual species, but really, the orchestration of those different sounds by biological organisms." 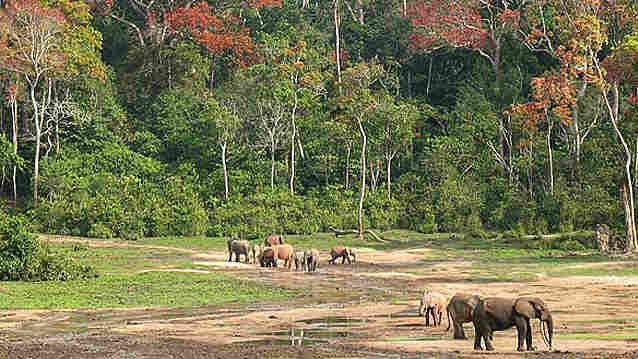 He has a few examples to make his point. First, the midnight trumpeting of forest elephants.

"We're also hearing some other sounds — the crickets and occasional bird and maybe some other things in the background here," Pijanowski says.

The recording shows, among other things, how animals divide up the soundscape. Insects are monopolizing the high-frequencies, and elephants are commanding the low notes. Pijanowski says this sound is just as important to the environment there as the trees and the ponds.

Sounds From An Ant Colony 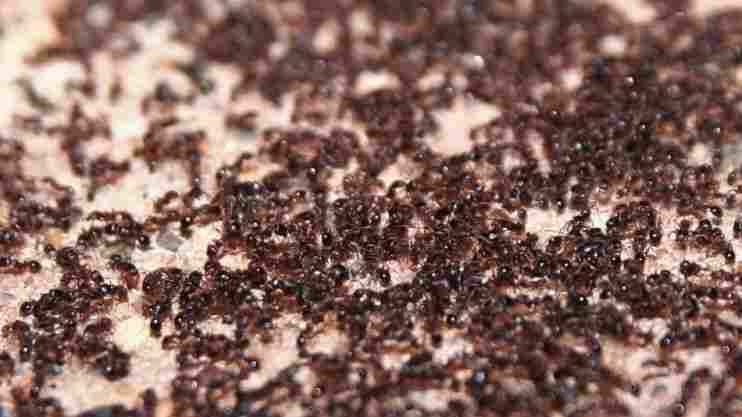 Another example: the stridulation patterns from ants. Stridulation is a fancy way of saying that ants are rubbing their body parts together to make sounds that they use to communicate.

"One of the main points we're trying to make here is that a soundscape can be something that we humans just don't hear," Pijanowski says. "It can be on a fairly small scale."

One goal of this research is to understand how animals interact with each other — even across species. Some silent newts, for example, follow frog sounds to find the best breeding ponds. But one of the biggest questions confronting this field is figuring out how human beings affect the soundscape.

Sounds Of A Nighthawk 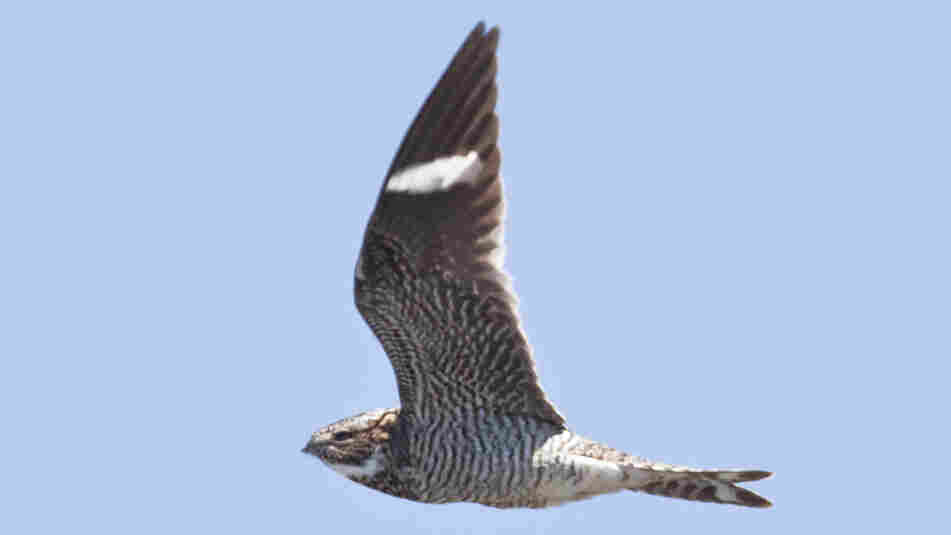 Nighthawks are known for their repeated "peent" call as they hunt for flying insects. Bill Bouton/Flickr hide caption

Pijanowski made this recording near Purdue. The high-pitched sound is from a soaring insect-eater called a nighthawk.

"It's flying overhead," he says. "We hear these a lot in small towns in the Midwest, and they kind of help give us a sense of place. We also have a church bell in the background — it's a cultural soundscape. But there are other sounds there that we don't find all that attractive and pleasing," like traffic.

Hear More Sounds From The Research

Those sounds may not be disturbing the nighthawk, but some other bird species do poorly when nesting near the thrum of tires.

"Probably the most telling work has come from a series of groups that have worked in oil and gas fields," he says.

Researchers compared bird life around noisy equipment that compresses natural gas with similar — but quiet — habitat. In Alberta, they found that birds had fewer offspring at the noisy sites. Similar results came from the Southwestern U.S.

"The group working in New Mexico found that there is significantly reduced species richness comparing these two sites," Barber says.

Sounds From The Animal Kingdom

Lab experiments in Germany have found that noise interferes with bats that hunt for insects on the ground by listening for the sounds they make when scurrying around. Barber says people just don't think much about how noise is affecting wildlife.

"For instance, most land management agencies don't consider noise when they're making decisions about how to manage public resources," Barber says. "Even biologists, on the more basic level, haven't thought about how it's all integrated."

Barber has been part of a project to understand how noise is affecting national parks. He says there's been a huge change in the past few decades, as both vehicle traffic and airplane traffic have just about tripled in the U.S.

"For instance, if you record in the back country of Yosemite, you'll find that 70 percent of the time, a high-flying jet can be heard on the recording," he says.

Barber suspects that low rumble is probably not bothering most animals, but "even if it is not affecting wildlife, I would say that 70 percent of the time occupied by high-flying jets is definitely an influence to human enjoyment of that landscape."

Barber agrees that it's time to study the ecology of sound and find out how it affects people and wildlife alike.