Accessibility links
Cheaper Than A Tablet: 'Rooting' Your E-Reader What if you could buy a tablet with a slightly smaller screen than the iPad for half the price or even less? Hackers have been turning e-book readers into tablets for cheap Internet on the go. 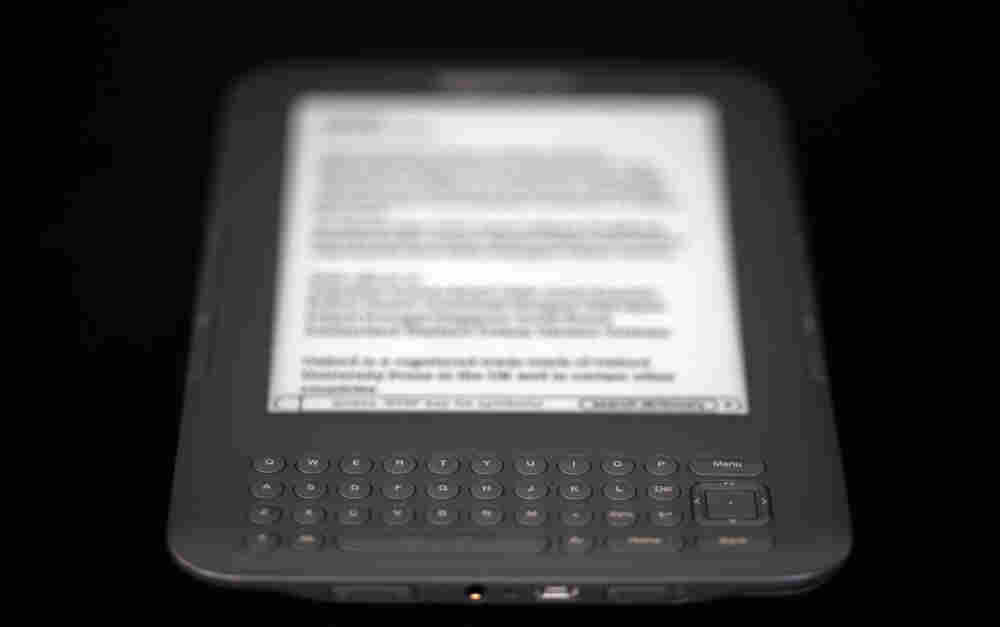 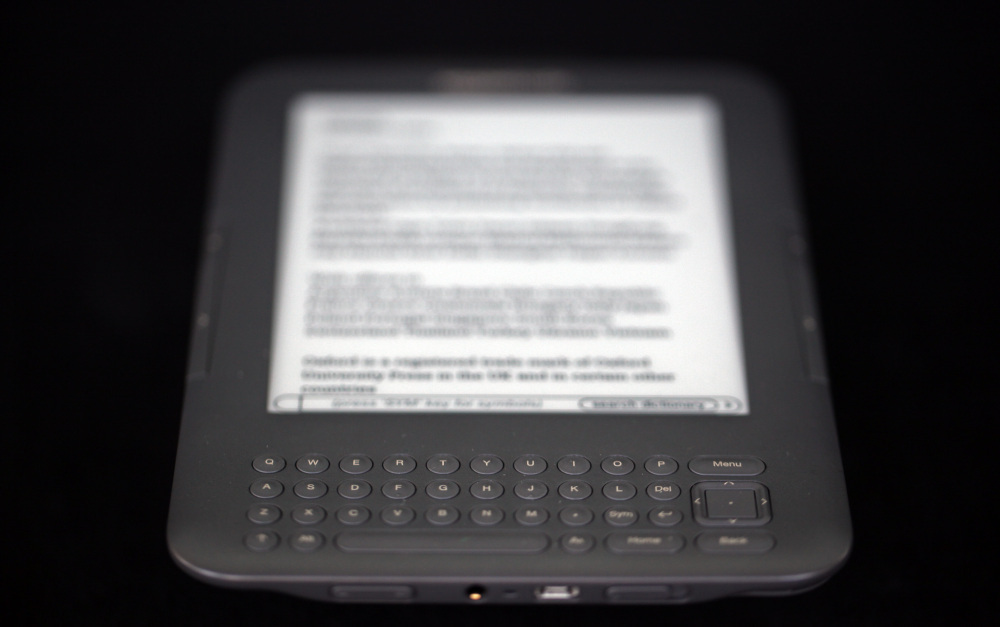 The Amazon Kindle 3G reader, or, alternatively, a tablet.

What if you could buy a tablet with a slightly smaller screen than the iPad for half the price or even less? Hackers have been turning e-book readers into tablets for cheap Internet on the go.

In fact, San Francisco hacker Mitch Altman doesn't read e-books on his Kindle at all. He only uses its Web browser to access maps and restaurant listings when he's traveling.

The Amazon Kindle has 3G data connectivity so that readers can download e-books anywhere there is cell service. As many Kindle owners know, the device can connect to Google and Wikipedia to look up things mentioned in e-books, too. That connectivity is all the opportunity hackers need to turn an e-book reader into a tablet.

"This is something that is starting to get around in geek and hacker circles, and it's a relatively cheap way to have Internet anywhere you go," Altman says.

When Altman says it's cheap, he's referring to the fact that the 3G Kindle costs a mere $190 and there is no charge for the 3G Internet. Of course, there's a trade-off here: the Kindle doesn't have a touch screen, so you have to use scrolling buttons to navigate around the screen, which Altman has found cumbersome. But for $60 more, he could've gotten the Nook Color.

How To Root A Nook Color

College student Alex Kuklinski demonstrates how to hack a Nook Color to make it into a "full-blown Android tablet."

Huskermania YouTube
How To Root A Nook Color (Mac Version)

The Nook Color is one of Barnes & Noble's e-book readers. It sells for $250 and can access the Internet only via wi-fi. It runs a stripped-down version of the Android operating system.

Alex Kuklinski, a college student in Omaha, Neb., has a YouTube video showing people how to hack their Nook Color to make it into a "full-blown Android tablet."

Kuklinski posts videos almost every week on YouTube, where he goes by the name "Huskermania." He's quite fond of the Nook Color and its high-end touch screen. "It's a really high quality device for the price."

He says the procedure for converting the Nook Color into an Android tablet is relatively simple. It takes about a half-hour, and the only cost beyond the Nook itself is the purchase of a micro-SD card, which can run about $15. Otherwise, it involves downloading a piece of free software that includes the Android operating system.

"I was nervous at first," Kuklinski admits. "I was basically nervous that I was going to ruin something. But once I did it, I realized how easy it was."

Theunlockr.com is a website devoted to the notion that consumers can get more out of their mobile devices if they unlock or "root" them. David Cogen runs the site. He compared a Nook running Android to the Samsung Galaxy Tab — another Android tablet device — and found the unlocked Nook stacked up well.

"It's a little slower," Cogen says. "There are occasional glitches. Sometimes things don't appear correctly on the screen in certain applications. If you're just using it to surf the Internet, use some apps, play Angry Birds, etc., it works very well — and the thing I like about it is it's very lightweight and thin, even more so than, say, the Galaxy Tab."

Comparing The Samsung Galaxy Tab To The Rooted Nook

Cogen credits a huge community of software developers for driving innovation in the hacking of smartphones and tablets. And though the crowd that is inclined to root something like a Nook e-reader is relatively geeky, Cogen says, it's growing.

"People are going to realize that they can get a very inexpensive Android tablet with this device, and the developers see that," Cogen says. "It's a challenge to them, and they're going to continue to make it better. So it's definitely going to get more stable, less glitches as time goes on. We're talking weeks, days."

Barnes & Noble declined to comment on the use of its Nook Color e-book reader as an Android tablet. The terms of service for the device make it clear that rooting voids the warranty. But recent talk in the tech blogosphere indicates that the company may soon issue a software update that will make the Nook more of a tablet without hacking it.