Accessibility links
Lost Roll Of Film Returns To Mystery Photographer Last winter, Todd Bieber found a roll of film in the Brooklyn snow. The beautiful black-and-white pictures inspired an international hunt for who took them. 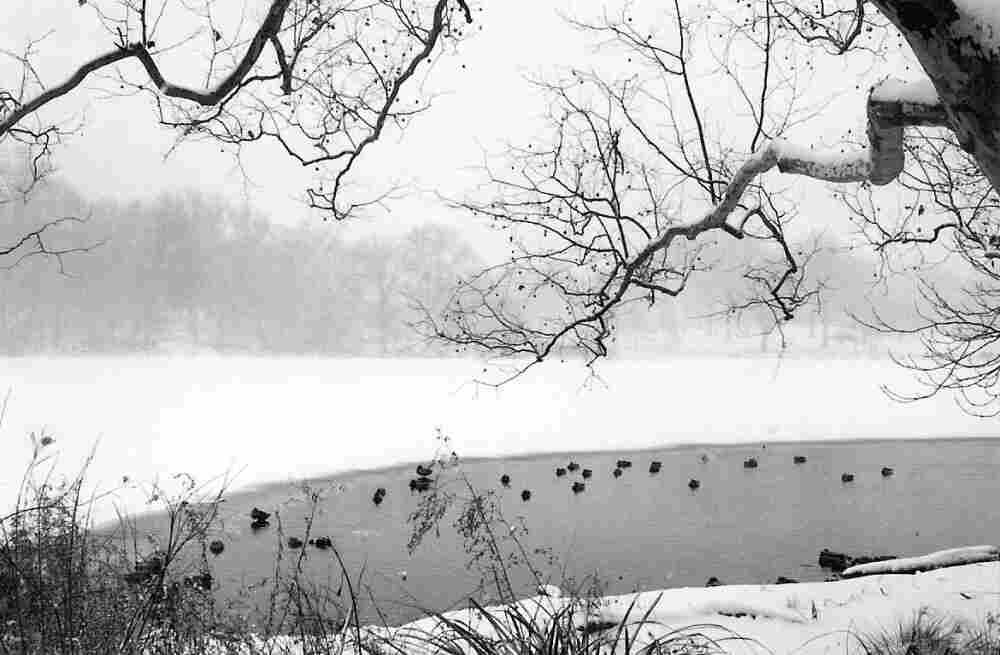 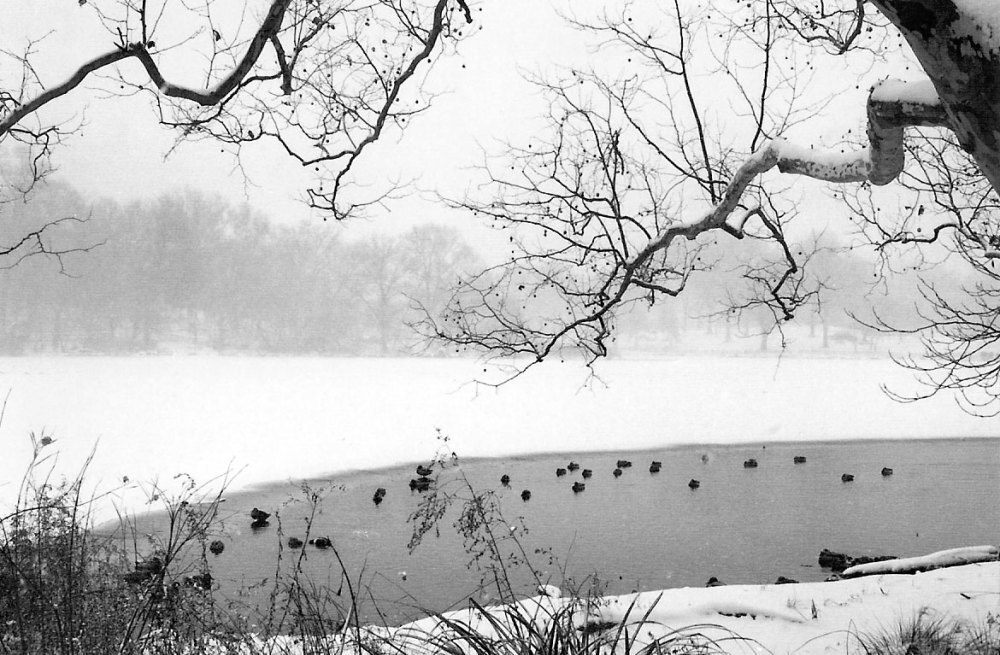 An image from the roll of film Todd Bieber found in New York. 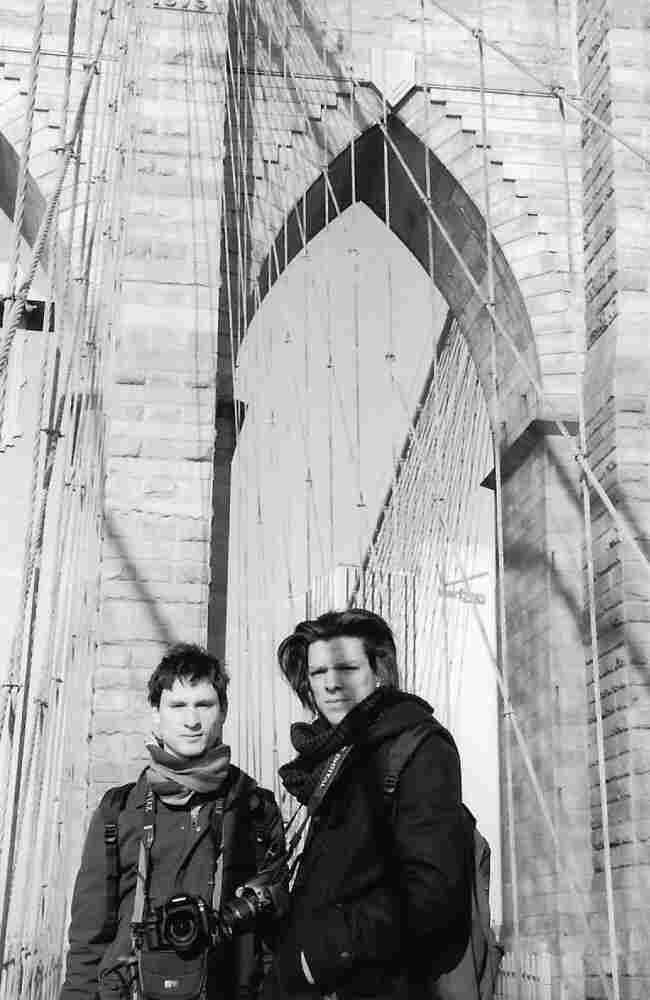 As it turns out, these two men are the brothers of a young woman named Camille Roche, the photographer behind the mystery roll of film Bieber found. Camille Roche/Courtesy Todd Bieber hide caption 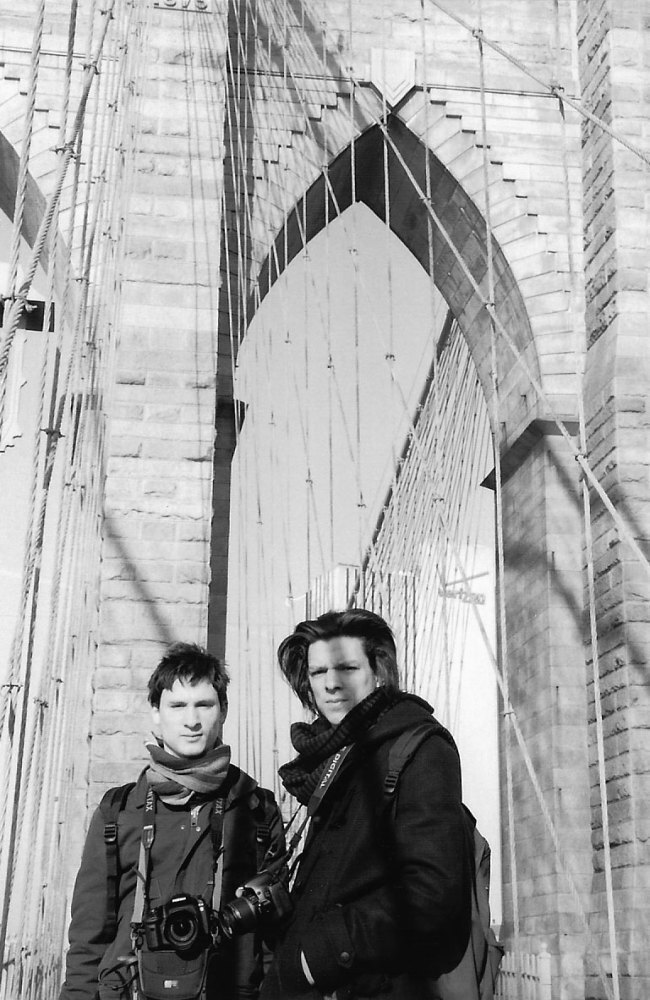 As it turns out, these two men are the brothers of a young woman named Camille Roche, the photographer behind the mystery roll of film Bieber found.

Just after a New York blizzard last December, Todd Bieber decided to strap on his old skis and trek across Prospect Park in Brooklyn.

"While I was out there skiing around, I stopped at one point, just to catch my breath," Bieber tells Weekend All Things Considered weekend host Guy Raz. "I looked down, and I saw a canister of film."

The story could have ended there, but Bieber pocketed the film and got it developed.

The pictures turned out to be beautiful black-and-white shots of Coney Island, the Brooklyn Bridge and Prospect Park. Mixed in with the shots were pictures of two men.

Wherever they were from, Bieber wanted to find them. He made a video about his find, posted it to YouTube, and it went viral in a matter of days. Bieber received more than 800 emails from people guessing where the men were from, but no solid leads.

Two months later, he got an email from a young woman named Camille Roche with a subject line reading, "Author of Film."

It turned out the men weren't alone. Roche was their sister. As proof, she sent other pictures she'd taken that day on a different camera.

Roche suggested he mail the photos, but Bieber wasn't satisfied with that. Within a few hours, he and his girlfriend booked a trip to Paris. He met Roche at a cafe and found out that she wasn't a professional photographer, like he previously thought, but rather a student who studied abroad in New York City.

Todd Bieber tells the story of how he met the photographer who shot the roll of film he found.

The story seems like it's from a movie — more specifically, the French film, Amelie. The title character finds and returns pictures and other keepsakes to their owners. In the process, she falls in love with the owner of the photos — which didn't happen to Bieber and Roche.

But that movie did inspire a different ending. During his trip, Bieber took his own pictures. He took a few final shots with Roche and one of her brothers, and then they put the film canister outside the Café des Deux Moulins in Montmartre, the restaurant where Amelie works in the movie.

In the canister, they left a note that read, "It happened once, it can happen again. If you find me, I can buy you coffee and we'll become friends. It's the beginning of an adventure."

"Now I'm just kind of waiting to hear back to see if anybody found my film," Bieber says.