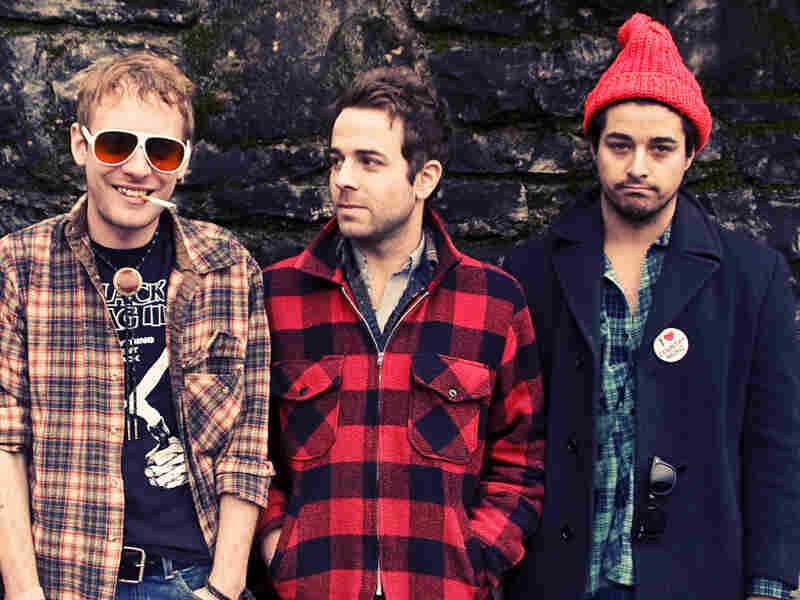 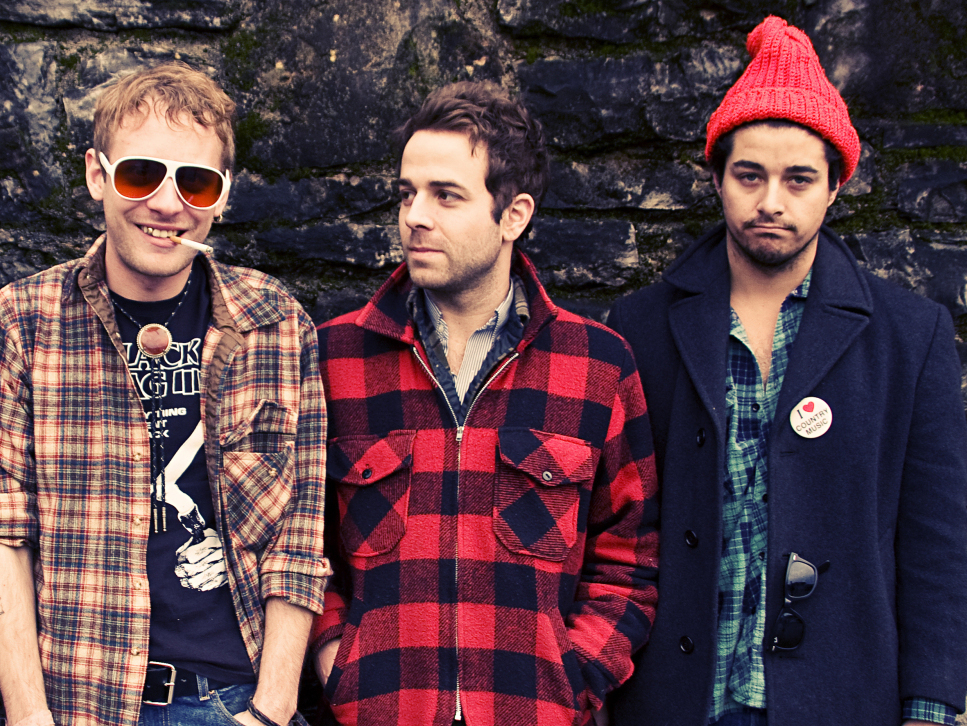 There's a singer-songwriter intimacy in many of the songs on Middle Brother, as though band members John McCauley, Taylor Goldsmith and Matthew Vasquez were sharing secrets and anecdotes and decided to set them to music. All three men belong to bands — Deer Tick, Dawes and Delta Spirit — that trade on folk, blues and country traditions; even their up-tempo songs are less rave-up rockers than hand-clapping foot-stompers.

This being a group composed of thoughtful guys with guitars, there's a certain amount of bad behavior to be chronicled — bouts of drunkenness, hangovers, one-night stands and a general air of doomstruck melancholy. Sometimes it's maudlin, but more often, as in Matthew Vasquez's song "Theater," it can describe dreams with a precision that matches the sharp snap of the drum beat.

When his vocals sound a little Neil Young-ish, we shouldn't be surprised. Middle Brother is less a band than a showcase for three separate sensibilities, each helping the other to achieve the sound he wants. The effect is strongly reminiscent of another group of disparate musicians coming together for what had been conceived, at the time, as a one-off project: Crosby Stills & Nash in 1969.

It's probably no coincidence that when the band first performed publicly, it billed themselves as "MG&V," just as Crosby Stills & Nash used CSN as its abbreviation. Middle Brother connects to that tradition and, perhaps tellingly, locates its best lyrics not from one of its own compositions, but courtesy of Paul Westerberg in a fine cover of The Replacements' "Portland." 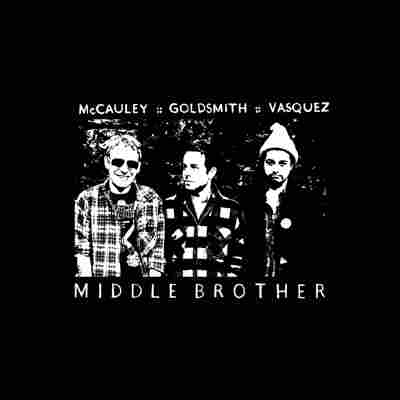 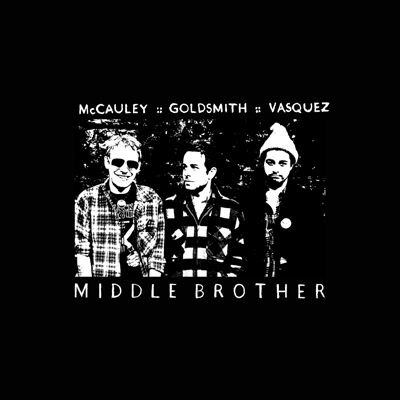 If I had to give the nod to one Middle Brother above the others, it would be John McCauley. The Deer Tick singer's voice always cuts through any piece of music with a reediness that's razor-sharp. He even borrows a few bars from the Elvis Presley hit "Don't Be Cruel" to become rockingly self-absorbed in "Me, Me, Me."

Although a press release says Middle Brother is a group of "young rock songwriters" striving to "carry on the tradition" of Neil Young, Bruce Springsteen and Tom Petty, it's pretty clear that so unassuming an album as this is never going to have the cultural or commercial impact of those men. Still, as a semi-super-grouping of cult indie faves, these guys have their hearts in the right place, even if their heads are in the clouds and their livers are in the bar.