Accessibility links
Facing Zimbabwe's 'Fear': An Eye-Opening Account In 2008, Robert Mugabe carried out a campaign of violence and terror against the people of Zimbabwe. In The Fear, African journalist Peter Godwin takes on the story, chronicling his travels through the country. Critic Susan J. Gilman says this chilling portrait turns us all into witnesses. 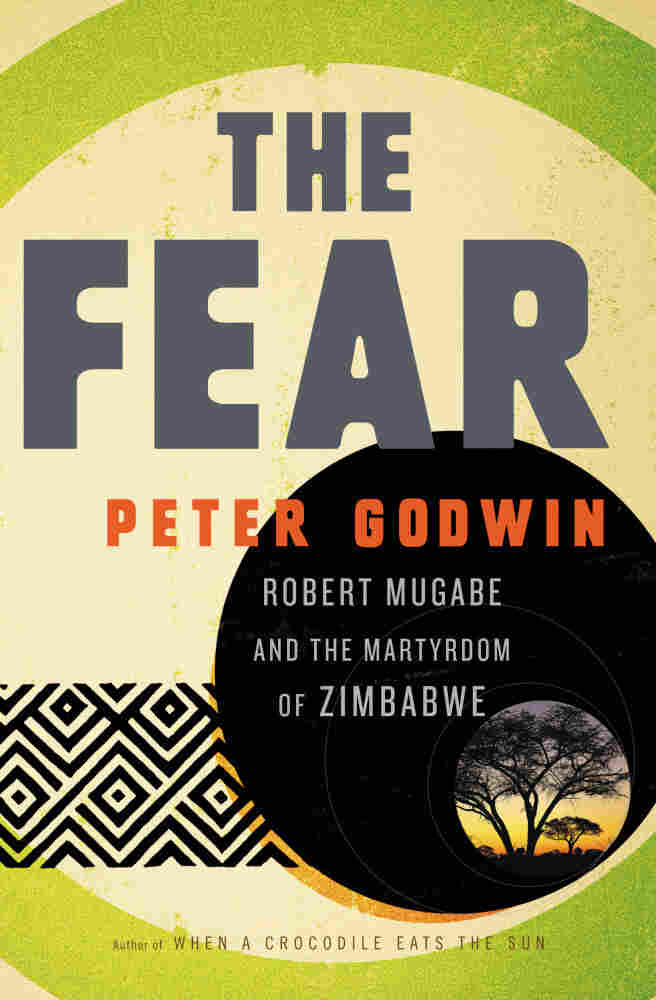 The Fear: Robert Mugabe and the Martyrdom of Zimbabwe
By Peter Godwin
Hardcover, 384 pages
Little, Brown and Co.
List Price: $26.99

When I teach writing, I remind students that real villains aren't like cartoons: They don't cackle, "When my evil plan succeeds, the world will be mine!"

But after reading Peter Godwin's harrowing book, The Fear: Robert Mugabe and the Martyrdom of Zimbabwe, I'm not so sure.

Godwin grew up in what had been Rhodesia. He witnessed the war of liberation and Mugabe's rise to power. He saw Zimbabwe flourish — then curdle.

Eventually Godwin left. But three years ago, the nation held supposedly "free and fair" elections. Although Mugabe tried to rig them, he was defeated. Godwin raced home, he writes, "to dance on Robert Mugabe's political grave."

But Mugabe wasn't going anywhere. For weeks, he suppressed election results, then insisted on a runoff between himself and winning opposition leader Morgan Tsvangirai. While Mugabe stalled, he mobilized militias to unleash a wholesale campaign of torture, imprisonment and death against the opposition party, known as the MDC.

Everyone was targeted. Candidates elected to Parliament. Voting organizers. A couple who painted a pro-MDC sign on the side of their store. Farmers, housewives — even children and babies who simply lived in villages where the MDC won a majority — were tortured and killed. Mugabe launched a scorched earth policy against his own people.

Dubbed "Operation Let Us Finish Them Off," there was nothing covert or nuanced about it.

Instead of writing a political obituary, Godwin found himself keeping a body count in the midst of a "politicide."

"Politicide is the practice of wiping out an entire political movement," he writes. "The murders here are accompanied by torture and rape on an industrial scale, committed on a catch-and-release basis. When those who survive, terribly injured, limp home or are carried or pushed in wheelbarrows or on the backs of pickup trucks, they act like human billboards, advertising the appalling consequences of opposition to the tyranny." The people of Zimbabwe named the campaign simply "The Fear" — hence, Godwin's title.

The Fear is a gut-wrenching portrait of Mugabe's enormous political sadism — and the brave, heartbreaking, nearly superhuman resistance to it. 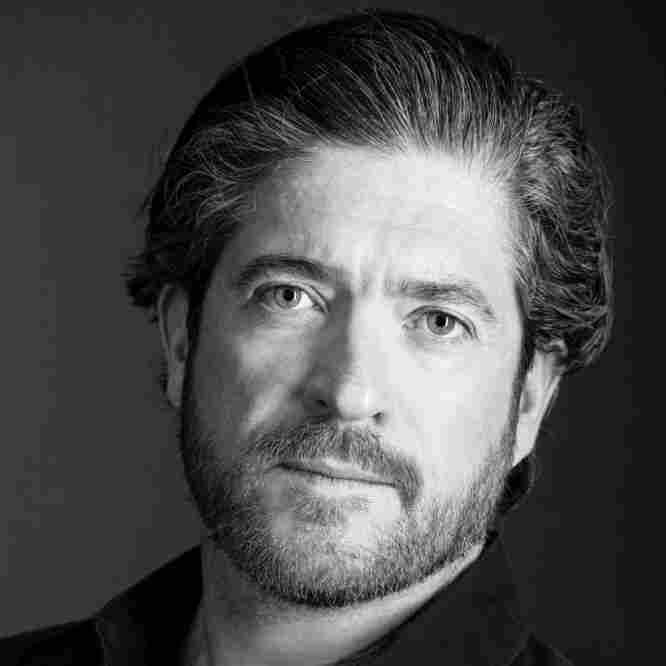 Peter Godwin is the author of five nonfiction books, including When a Crocodile Eats the Sun. Hugo Burnand hide caption

As a native, Godwin was able to go where few journalists could: to clinics where torture victims were treated. To blood diamond mines. To a party where he ran into Mugabe's personal chaplain and spiritual adviser. To villages, decaying safari parks and some of the few remaining white-owned properties in the country. He traveled with diplomats, visited prisoners, attended subversive arts festivals. In the process, he himself was followed, arrested and once nearly murdered.

In the hands of a less talented writer, The Fear could have become simply too painful to read. But while Godwin spares us nothing, he writes with such compassion, poetry and ironic humor that you cannot put his book down.

Often, he wondered what he was doing in Zimbabwe. Although he finds the phrase "pretentious," he realized he was bearing witness so that peoples' suffering "will not have happened in vain."

We can only hope — but Godwin has done them justice. The Fear is a visceral masterpiece. It's illuminating, infuriating and informative. And its implications extend far beyond Zimbabwe — to the northern end of the continent and beyond, where similar struggles are being waged against other tyrannical dictators.

The Fear is as important a book as we can read right now. It makes each and every one of us witness.

Susan Jane Gilman's latest book is Undress Me in the Temple of Heaven.

Excerpt: 'The Fear: Robert Mugabe And The Martyrdom Of Zimbabwe'

The Fear: Robert Mugabe and the Martyrdom of Zimbabwe
By Peter Godwin
Hardcover, 384 pages
Little, Brown and Co.
List Price: $26.99

Deep into the night, in pursuit of the westward escaping sun, we fly into a fogbank, where the cold Atlantic breakers curdle upon the warm West African shore below. Consoled, somehow, to have reached the continent of my birth, I lay down my book and fall uncomfortably asleep, my head wedged against the buzzing fuselage.

I am on my way home to Zimbabwe, to dance on Robert Mugabe's political grave. The crooked elections he has just held have spun out of his control, and after twenty-eight years the world's oldest leader is about to be toppled. When I arrive the next evening in Harare, the capital, his portrait is everywhere still, staring balefully down at us. From the walls of the airport, as the immigration officer harvests my U.S. dollars, sweeping them across his worn wooden counter, and softly thumping a smudged blue visa into my passport. From the campaign placards pasted to the posts of the broken street lights, during our feral packs of hollow-chested dogs, he raises his fist into the sultry dome of night, as though blaming the fates for his mutinous subjects. The Fist of Empowerment, his caption fleetingly promises our insect-flecked beams. Somehow, though, his large gold-rimmed spectacles, the little tuft of starched white handkerchief that winks from his brandished clench, and his toothbrush mustache tell a different story. The story of the prissy schoolmaster he once was, a slight, almost effeminate figure, his small, manicured hands given to birdlike gestures. And indeed, if you were casting the role of "homicidal African dictator who fights his way to power and stays there against the odds for nearly three decades," Robert Mugabe wouldn't even rate a call-back.

This is no swaggering askari, no Idi Amin Dada, heavyweight boxing champion of the King's African Rifles, nor some wide-shouldered, medal-strewn Nigerian general. This is an altogether more dangerous dictator — an intellectual, a spiteful African Robespierre who has outlasted them all. Eighty-four years old now, with his dyed black hair and his blood transfusions, his Botox and vitamin- cocktail shots, he has querulously dominated his country for a generation. But now he is on the verge of an exit. Five days ago, presidential elections, which he has fixed with ease in the past, using a combination of rigging, fraud and intimidation, have gone wrong. Zimbabweans have rejected him in such overwhelming numbers that he will finally be forced to accept their verdict.

They have many reasons to reject him. Once they enjoyed the highest standard of living in Africa. Now their money is nearly worthless, halving in value every twenty-four hours. Only 6 percent of workers have jobs. Their incomes have sunk to pre-1950 levels. They are starving. Their schools are closed, their hospitals collapsed. Their life expectancy has crashed from sixty to thirty-six. They have the world's highest ratio of orphans. They are officially the unhappiest people on earth, and they are fleeing the shattered country in their millions — an exodus of up to a third of the population. But throughout this election campaign, Mugabe has remained belligerently unrepentant, blaming the country's ills on the West — Britain, the former colonizer, in particular — and using the tiny number of whites remaining in Zimbabwe as political piñatas. He thwacks them and out pour the stale bonbons of historic blame to excuse his own shattering failure of leadership, his own rampant megalomania.

In a few days, he will meet with his politburo to contemplate his own farewell. I've been anticipating this moment for so long. On my flights across the world to get here, I have reread Gabriel García Márquez's The Autumn of the Patriarch, and relished the scene in which sharp-beaked vultures, maddened by the stink of human carrion, tear their way through the mosquito screens of the imperial palace, alerting the citizens in the city below to the death of the dictator, and allowing their future to begin. My younger sister, Georgina, a broadcaster who now lives in London, is joining me here. We are supposed to be staying at York Lodge, a small pension in Harare's northern suburbs, but when Georgina calls to confirm, the manager brusquely informs her that our rooms are no longer available, and hangs up. Later we find out that the lodge is being raided by the police looking for Western journalists, who are banned from reporting in this country. As Georgina is on the line, the police are arresting the correspondents from the New York Times and the Daily Telegraph.

Instead, Georgina has booked rooms under her ex‑husband's surname at the Meikles Hotel, in the city center. Once, all the journalists stayed there. Now none do. Neither of us is really supposed to be here. We are in double jeopardy: not only from Mugabe's banning of Western journalists, but also because I was once declared an enemy of the state, accused of spying, and Georgina worked for an anti-Mugabe radio station, in London, and she also featured on a list of undesirables, excluded from the country. Beneath my window is a park, African Unity Square. The concrete tables which used to teem with vivid flowers are empty now, their sellers chased away as part of Operation Murambatsvina,

"Clear Out the Dirt," three years ago, when Mugabe— scared by growing hostility toward him in the urban areas — forcibly cleared out "informal housing" and street markets, leaving the cities dull and quiet. His police demolished the shops and dwellings (many of them quite substantial) of more than seven hundred thousand people, whom they dumped on barren land miles away, at the onset of winter, without water or sanitation. In all, this sham "slum clearance" operation devastated the lives of more than three million people.

In the other direction, my view is over a busy intersection, commanded by wildly erratic traffic lights. Sometimes they are resolutely blank. Sometimes they show red or flashing amber to all roads. Oncoming vehicles play a game of chicken, using pedestrians as shields, and auditing a number of factors to determine who goes next. Big scores over small, fast over slow, old over new, dilapidated over luxury, man over woman, black over white. It gets most interesting when the lights, as they quite often do, summon traffic from all directions simultaneously, with a cheery green come-on. Quite regularly, the crunch of metal, the jangle of glass, and the squall of argument summon me to my window to view another accident. Everyone gives way to the frequently passing police pick‑up trucks overloaded with riot-squad officers. The men are terribly young, riot interns really, not yet fully adult, pupas with brand- new blue fatigues and helmets. They remind me of myself at eighteen, still at police training depot, in the same uniform, "riot blues," drafted into service of an earlier regime. I wonder, as we all do, whether these underage gladiators will fire at their own people when ordered. 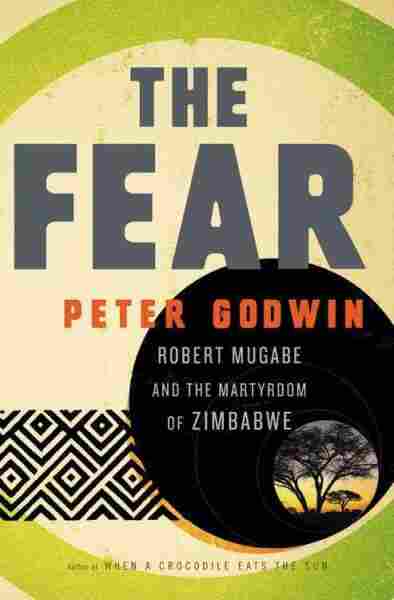 Robert Mugabe and the Martyrdom of Zimbabwe