Accessibility links
Weekly Standard: Vouching For Medicare Reform With the nation's deficit ever-looming, the question of how to handle entitlements and budget cuts is drawing closer. Fred Barnes of The Weekly Standard argues that an optimal way of reforming Medicare would be to institute vouchers, and says that more conservatives need to start publicly supporting specific reform plans.

From The Weekly Standard 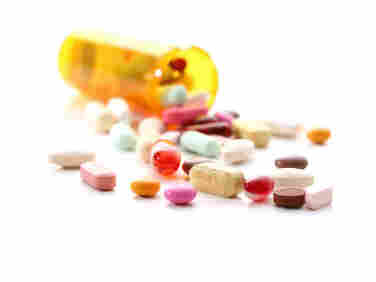 With budget cuts still in the process of being finalized, some worry about what will happen to entitlements such as Medicare. iStockphoto hide caption

Social Security's looming deficit can be handled, for the time being, by adjusting benefits a tad downward. Medicaid's runaway spending can be restrained by giving state governors more flexibility in administering the program. These are modest solutions. Medicare is different. It needs a big solution.

And there's only one thing that would preserve the best of the American medical system while keeping Medicare's skyrocketing costs from bankrupting the country. It's called "premium support" or "defined contribution." Those are clunky euphemisms for what's really involved: vouchers that would let seniors pick their own health insurance, just as they already choose their provider of prescription drugs.

Most Republicans in Congress favor Medicare vouchers and say so privately. Now they need to step up publicly in the 2012 budget that Paul Ryan, chairman of the House Budget Committee, will release in early April. Not to do so would be an act of evasion, timidity, and political cowardice. It would prevent a voucher program from emerging front and center on the political agenda. And it would make it difficult for Republican presidential candidates to talk about Medicare vouchers in 2012.

The budget will set a ceiling on Medicare spending. That much is clear. A policy statement on how that level of spending would be achieved is not required. But in this case it's necessary to designate vouchers as the preferred method of curbing Medicaid's cost and averting a debt meltdown. Otherwise it will be left to Democrats to speculate darkly about what Republicans would do to Medicare. That wouldn't be pretty. The necessity of Medicare vouchers is buttressed by five facts:

(1) Medicare is growing at about 7 percent annually. Medicaid's cost is rising slightly faster, but its growth is easier to control. Social Security's cost increases at roughly 5.8 percent yearly. Those numbers, while alarming, scarcely suggest what's just beginning: an explosion in Medicare's growth. Social Security and Medicaid will have gently rising growth paths over the next 60 years. Medicare's will soar. If unchecked, it will produce a debt crisis all by itself.

(2) Supporters of President Obama's health care law tout its pilot projects to reduce Medicare's cost. Nothing wrong there. But we've seen hundreds of such projects over the past 40 years — with minimal impact on Medicare. Few resulted in cost savings. Pilot projects aren't the answer.

(3) What has worked is competition. The Medicare prescription drug benefit program, enacted in 2003, has cost 40 percent less than projected. This is due to competition among providers for the business of millions of seniors. The fear that few providers would join the program was unfounded. Dozens have.

(4) Medicare's current fee-for-service approach is a magnet for lobbyists. It sets the price for everything from medical devices to health care facilities. When providers face a reduced payment, they lobby furiously to undo it and often succeed. "A voucher system would put downward pressure across the entire spectrum of care," says Michael Cannon of the Cato Institute. Without a fixed schedule of prices, who would providers lobby? Seniors? Not likely.

(5) Medicare recipients don't have a strong moral claim to benefits as established in fee-for-service. Andrew Biggs of the American Enterprise Institute has calculated that the average 65-year-old retiree in 2009 had paid $64,971 in Medicare payroll taxes. Minus premiums, the retiree will get $173,886 in lifetime benefits. You can figure out the size of the windfall.

Vouchers got a boost last fall when Ryan and Rivlin, both members of the president's fiscal commission, collaborated on what's now known simply as "Ryan-Rivlin." The commission didn't adopt their plan but Republicans should in their budget. Fiscally sensible Democrats would be wise to sign on too.

The Ryan-Rivlin plan offers real structural reform, not tinkering. Current beneficiaries and those 55 and older could stick with traditional Medicare. A decade from now, new retirees would get a fixed payment from the government to purchase insurance. The well-to-do would receive a lower subsidy, the sick a higher one if their health worsened. Low-income seniors would get added coverage for out-of-pocket expenses.

In the past, the thought of reforming Medicare, one of the most popular government programs ever, has terrified Republicans. That Democrats would attack them for cruelly leaving the elderly without adequate medical care was a certainty (and still is). This, in turn, might touch off an anti-Republican backlash among seniors.

By proposing vouchers, Republicans might lose some votes. But a seniors' revolt? Not likely. In 1995, Republicans trimmed Medicare and survived. They lost nine House seats in 1996 but remained in the majority for the next 10 years despite Democratic attacks on Medicare. When they lost Congress in 2006, Medicare was not the cause.

Given the public's aversion to debt and support for cuts in spending, a better moment than the present for overhauling Medicare may never occur. But nothing will happen unless Republicans take the first step by proposing a specific plan. The time is now.