Before he was in the national spotlight, Bradley Manning, the Army intelligence analyst who now faces charges of giving classified material to WikiLeaks, was an isolated young man with a troubled family life, according to Frontline correspondent Martin Smith.

In a profile of the jailed soldier for Frontline, Smith conducted extensive interviews with Manning's family and friends. Smith says his goal was to explore Manning's life before his arrest last summer.

"Bradley Manning has become something of a legend, and people are taking sides about whether he's a hero or a villain," Smith says. 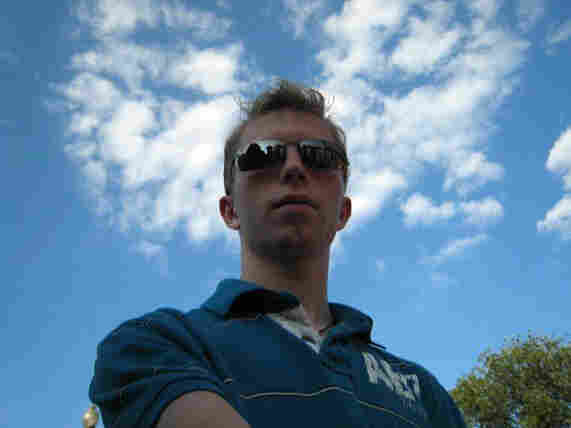 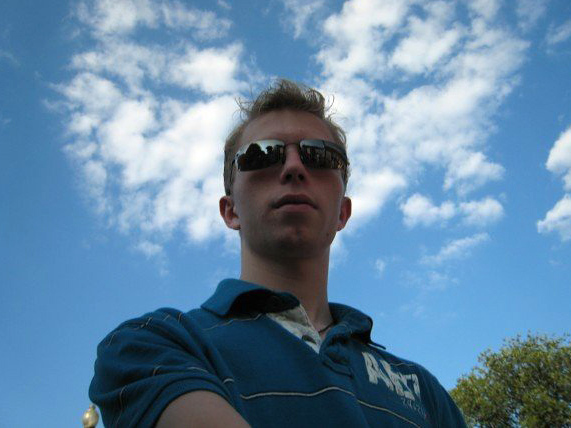 An Early Interest In Computers

Smith tells NPR's Renee Montagne that his research depicts Manning as a young man who grew up in a small town near Oklahoma City, where he showed his intelligence in school but had few friends.

"He was just very dedicated to the computer," Smith says, citing stories that Manning's father told him. "At the age of 10, in the late '90s, before we were all addicted to the Internet, he set up his own website."

Smith says that when Manning was 13, his parents split up.

"Around that same time, Bradley came out to his friends," Smith says, "and told them he was gay."

Manning's mother, a native of Britain, took her son home with her when she left America after the divorce. Bradley Manning attended high school in Wales, where Smith says he continued to explore computers — and started to talk politics.

"He opposed the war in Iraq and talked about that with friends," Smith says. "And he also starts to get a reputation for being somewhat hot-headed."

Manning moved back to the United States after graduating from high school, choosing to live with his father despite the two having "a fairly strained relationship," Smith says.

By that time, the elder Manning had remarried. And it was Bradley Manning's stepmother who placed a 911 call, alarmed by a heated argument at their Oklahoma City home. Here's an excerpt of that call: 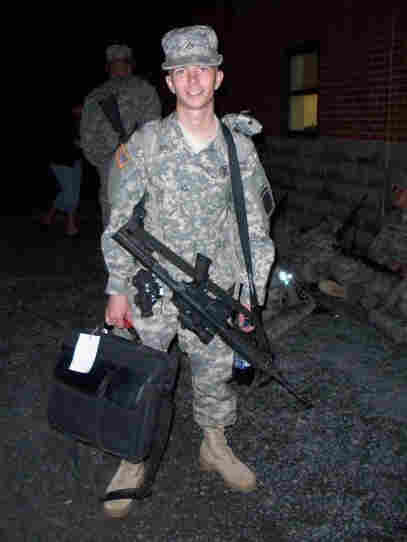 While serving in Iraq, Manning was stationed 40 miles east of Baghdad. He was arrested after video shot from a U.S. military helicopter was posted online. Frontline hide caption 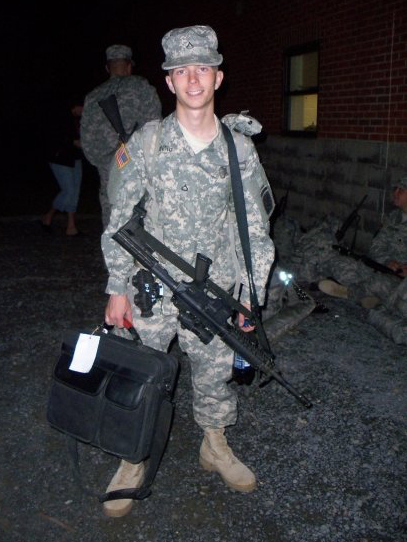 While serving in Iraq, Manning was stationed 40 miles east of Baghdad. He was arrested after video shot from a U.S. military helicopter was posted online.

Yes, I need an officer here at my house please. ... My husband's 18-year-old son is out of control and just threatened me with a knife ... and his father has just had surgery and he's down on the floor ... and ... get away from him!

Why's he on the floor?

Because he tried to protect me and so he fell. Get away from him!

At one point in the recording, the younger Manning is heard asking his father if he's OK. Smith says Brian Manning assured him that the altercation wasn't all that serious — but that the elder Manning also added, "You never know."

When the police came, they took Bradley Manning out of his father's house. The next day, he moved out for good. On the 911 tape, Bradley's stepmother blames the spat on an argument over money — not on her stepson's sexuality, as has been reported.

"It's interesting in that the story that has been reported is that Bradley had attended a gay rights rally some years later, and told a reporter there that his father had kicked him out of the house because he was gay," Smith says.

"The father maintains that that wasn't the case," he says.

To report the story for Frontline, Smith spoke with Bradley Manning's father for some seven hours. In one exchange, Smith asks Brian Manning why his son might have shared classified information with WikiLeaks, as he is alleged to have done.

Manning: I don't know why he would do that. I really don't.

Smith: Was he patriotic?

Manning: I don't think he followed any regime of any kind.

Smith: You don't think he was a patriot of the United States?

Manning: I imagine he was, just as much as you and I.

Smith: Well, he's your son. You knew him. Was he patriotic?

Manning: It never came up. I mean, he never said anything anti-American.

Smith says Brian Manning does not believe that his son provided the materials to WikiLeaks.

A Push To Join The Army

It was Brian Manning who urged his son to join the Army — something Bradley Manning had said he did not want to do.

"He needed structure in his life. He was aimless," Brian Manning told Smith in an interview. 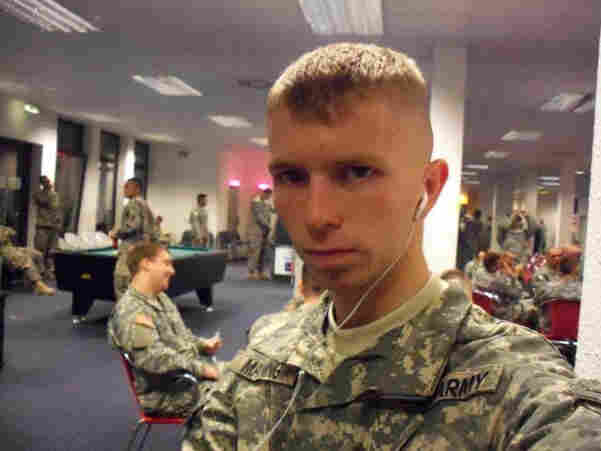 Before his arrest last year, Manning was reportedly involved in several altercations while serving in the Army. Frontline hide caption 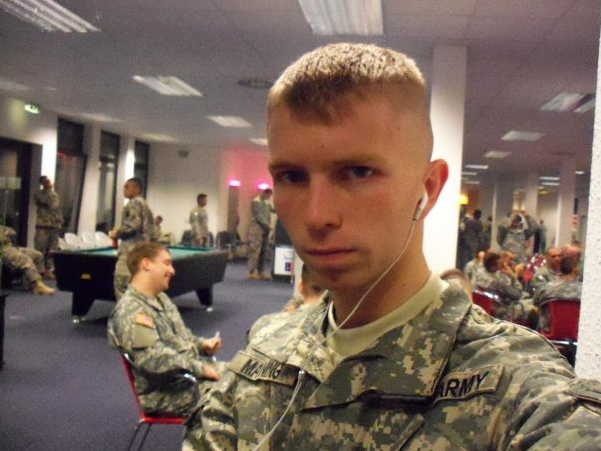 Before his arrest last year, Manning was reportedly involved in several altercations while serving in the Army.

But after joining the Army, Bradley Manning ran into more problems. "He hit a fellow soldier; he threw chairs; he yelled at superiors," Smith says.

Manning also had a top security clearance — something Smith attributes to the military's efforts to improve information-sharing in the years after the attacks of Sept. 11, 2001.

Since his arrest last May, Manning has been held at a naval brig in Quantico, Va., under "prevention of injury watch." As he awaits trial, Manning has reportedly been kept in shackles and solitary confinement.

Asked what might have motivated Manning to do the things the U.S. government has accused him of, Smith cites several online chats that took place soon after the first leak of secret documents.

The posts were by "a fellow going by bradass87," Smith says, who revealed to a hacker named Adrian Lamo that he had gotten in touch with Julian Assange of WikiLeaks after being angered by the contents of secret documents and videos.

"So what's evident from that conversation, if you want to assume that bradass87 is Bradley Manning," Smith says, is "that he did it because he was outraged, he did it out of a sense that people should know what's going on, and that the government shouldn't be able to hide some of this information from the public."