Accessibility links
Unyielding President Leaves Some Unswayed President Obama on Monday offered a resolute answer to a question that has been on the minds of many war-weary Americans over the past 10 days: Why did we mobilize the U.S. military in Libya? And why now? But for critics, the president's defense of intervention fell short. 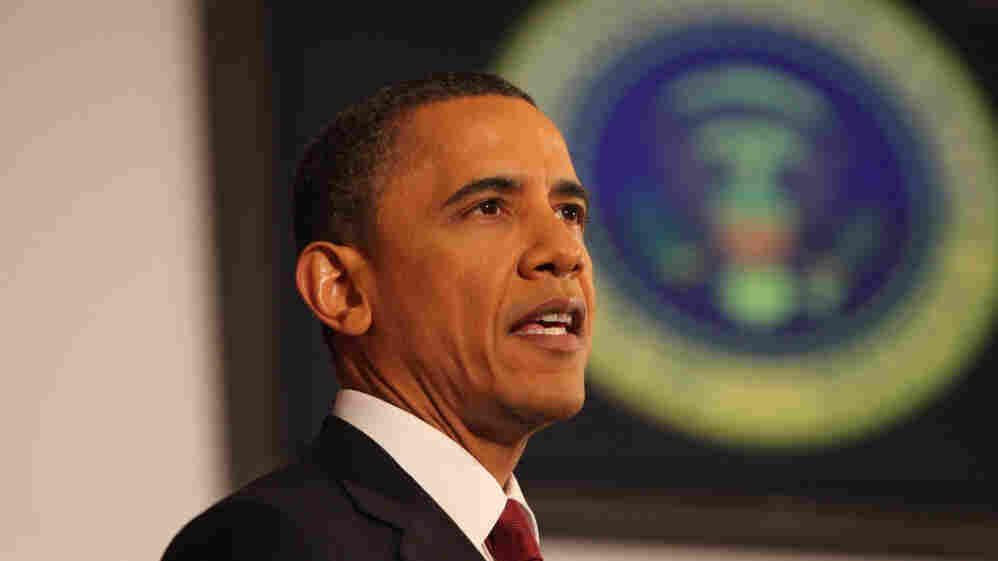 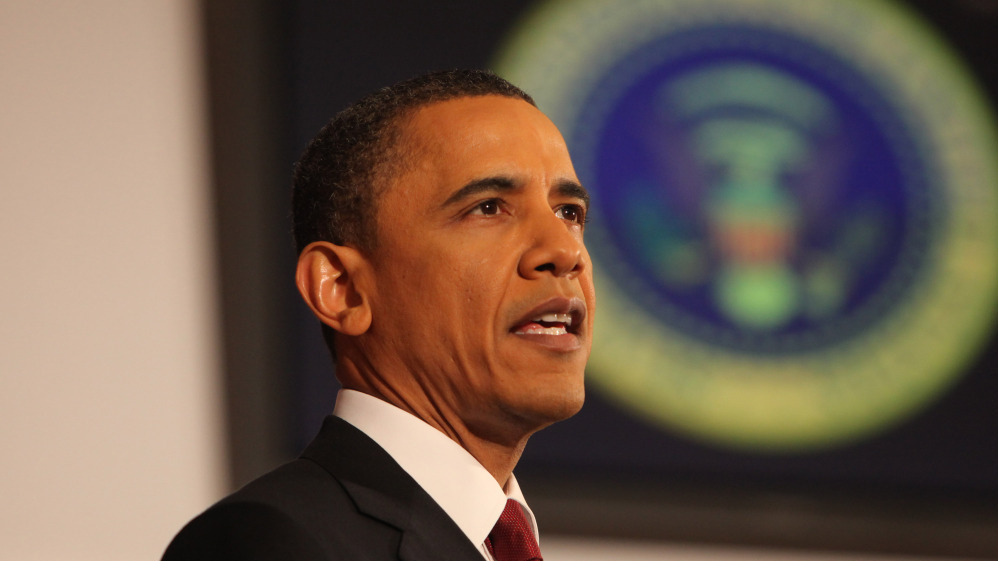 President Obama on Monday offered a resolute answer to a question that has been on the minds of many war-weary Americans over the past 10 days: Why did we mobilize the U.S. military in Libya? And why now?

But for critics, the president's defense of intervention fell short.

In his nationally televised speech at the National Defense University in Washington, D.C., the president laid out his argument that Libya presented special moral and humanitarian circumstances.

A brutal dictator was poised to wreak horrific violence on his own people, Obama said, and in a region where such instability could harm fledgling citizen-fueled government transitions in neighboring Egypt and Tunisia.

The president's imagery was stark. Staying out, he argued, would have allowed Libyan President Moammar Gadhafi's troops to massacre citizens in the rebel stronghold of Benghazi, a city the size of Charlotte, N.C.

Ivan Eland, a defense and security analyst, is one critic of the intervention who found the president's speech lacking.

"These speeches always sound plausible, and President Obama always sounds convincing," said Eland, of the nonpartisan Independent Institute. "But when you dig below the surface, there's still a lot of incoherence.

"He says we're doing this for humanitarian reasons," Eland said. "But 5 million people have been killed in the Congo, 2 to 3 million in the Sudan, and the United States never did anything about it. And you even have people being killed in countries friendly to ours — Yemen, Bahrain — and we don't go rushing in there."

The president, defending his decision to join the international coalition that has used airborne military force to establish a no-fly zone in Libya, made no mention of unrest in Yemen, a key U.S. partner in battling al-Qaida. Or in business-friendly Bahrain.

Both Eland and Stephen Biddle, a defense policy expert at the Council on Foreign Relations, say that pressure from staunch U.S. military allies France and Britain — and perhaps not some overarching moral quest — pushed the White House into agreeing to join the coalition intervening in Libya.

"That pressure made staying out difficult for perfectly good, reasonable alliance issues," Biddle said. "You have to give, and to take."

But according to the president, the U.S. had a "responsibility to act."

The Washington Post reported late Monday that the U.S. military has stepped up its assault on Libyan ground forces with lower-flying aircraft designed to strike troops and supply convoys.

On Wednesday, control of the coalition is being transferred to NATO.

What About The 'What Ifs'?

Biddle, from the Council on Foreign Relations, argues that Obama managed to provide an answer to the question of why the U.S. is involved in Libya. "People may or may not find that persuasive, but he laid out a case for it," Biddle said.

Where the speech was "less satisfactory," Biddle said, was its failure to address the down-the-road "what ifs."

What if Gadhafi doesn't fold? What if he's killed and the rebels splinter? What if the war drags on?

Obama, he said, appears to see modest stakes in Libya and wants to calibrate a military force that matches his view — that the U.S. has enough at stake to participate in some way, but not enough to invade.

"Waging the war cheaply doesn't mean waging the war victoriously," Biddle said. "What we want is a kind of a low-cost but not no-cost military action.

"But it's life and death on a cosmic scale to locals, and it drops us into a situation where we can prolong a stalemate, but we can't impose our will on people."

Stephen Flanagan at the Center for Strategic and International Studies said that Obama's explanation of why the military is involved in Libya was clear, and set up his broader view of when and how he envisions using force.

"He laid out how he viewed this as commander in chief," Flanagan said. And he found persuasive Obama's argument that the military can defend core interests, and also the nation's values.

Flanagan also said the president was clear that the nation's responsibilities in Libya aren't over.

At the Center for American Progress, national security expert Lawrence Korb said he believes that Obama addressed criticisms head-on and expressed his view of leadership that "we have to take care of ourselves here in the U.S., but we also have to look around the world."

According to Korb's colleague Peter Juul, "We might be seeing the actual emergence of an Obama Doctrine here, with the president focusing on burden-sharing and collective action in solving common international problems rather than unilateral American action and burden-assuming that is commonly characterized as 'leadership.'

"The focus on multilateralism has been criticized by conservatives as an abdication of the sort of leadership, and the president is right to lay out and defend his vision of an international order where costs and responsibilities are shared," Juul said.

The president may have provided his most coherent explanation of why the nation is now fighting on a third front, and he may have temporarily soothed some worried about the cost of the war.

But choosing to go into Libya has resulted in what Biddle describes as a "pernicious dilemma" that no speech, no matter how forceful and confident, can resolve.

"You invest moderately, you get stalemate," Biddle said. "That's the danger in Libya. Then you have to escalate or pull out."

Neither is a good end.

Says the Independent Institute's Eland: "Once you start a war, you don't know where it ends up, and certainly that's what we've got now."

Even if, as the president argues, the special circumstances in Libya made it a conflict the U.S. couldn't ignore.