Accessibility links
Native American Intermarriage Puts Benefits At Risk More than half of all Native Americans don't marry other natives. As tribal members continue to intermarry, tribes may not be able to maintain their population and identity. Intermarriage can also lead to a loss of federal benefits. 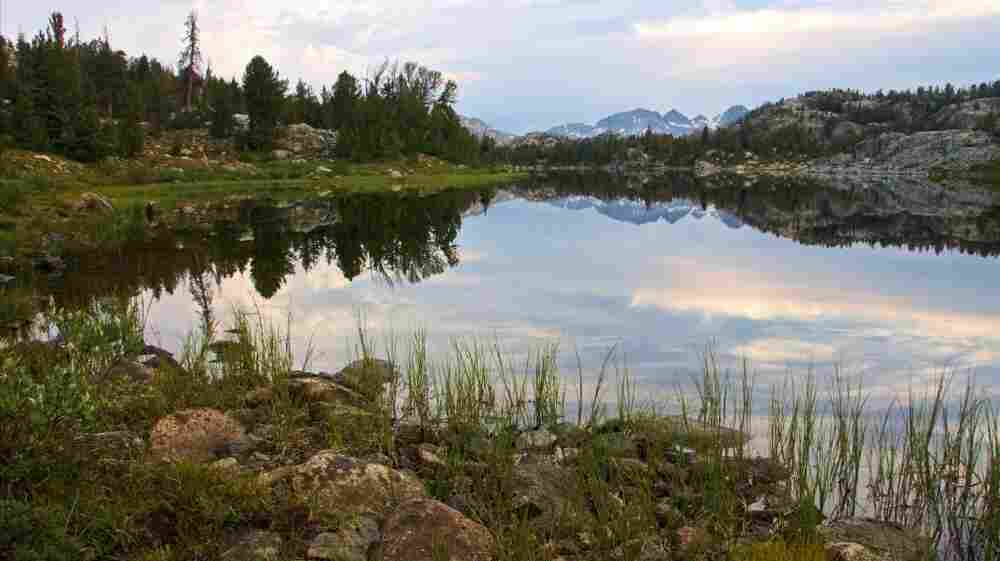 A lake at the the Wind River Range, a mountain range of the Rocky Mountains in western Wyoming. Portions of the range are also inside the Wind River Indian Reservation. summitcheese/Flickr hide caption 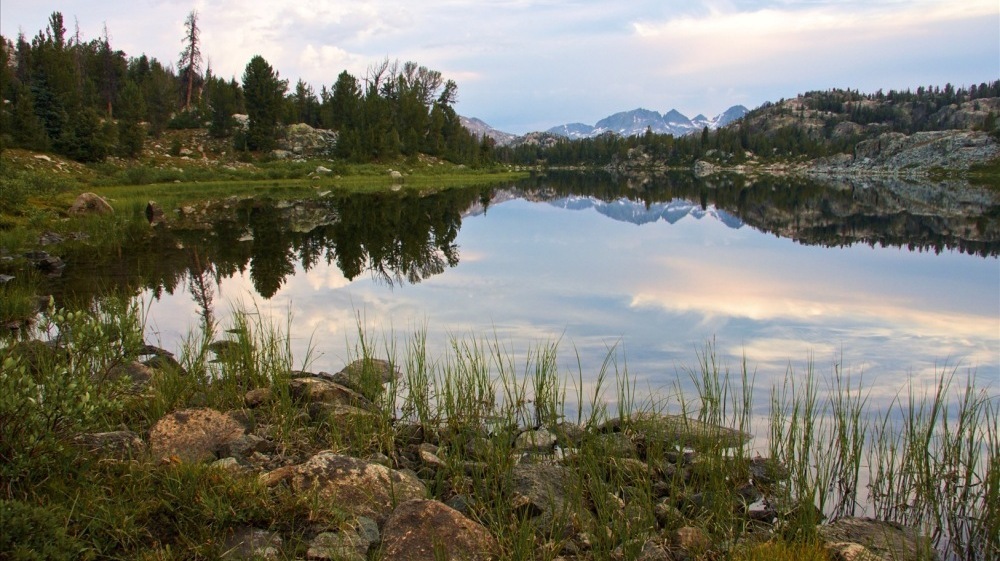 Native Americans intermarry at higher rates than any other group in the country, according to U.S. Census data.

For the Eastern Shoshone of Wyoming, you have to be at least one-quarter Native American to be a tribal member. That requirement could mean a loss of both population and identity. And intermarriage can also lead to a loss of federal benefits.

Amanda LeClair met Martin Antonio Diaz when one of LeClair's sorority sisters introduced them three years ago. At the time, LeClair was getting her bachelor's degree at the University of Wyoming and Diaz was working at a local restaurant.

"Well, when Martin first met me he thought I was Mexican; and so he was really like, 'Why don't you speak Spanish?' and I was like, 'I just don't, why are you asking me that?' " says LeClair.

Diaz's family calls Jalisco, Mexico, home. LeClair grew up on Wyoming's Wind River Indian Reservation and is an enrolled Shoshone tribal member. That means she meets the blood requirement to be a Shoshone citizen. After the couple dated for a while, Diaz says things got more serious. 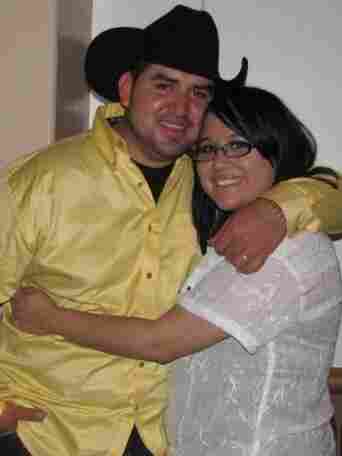 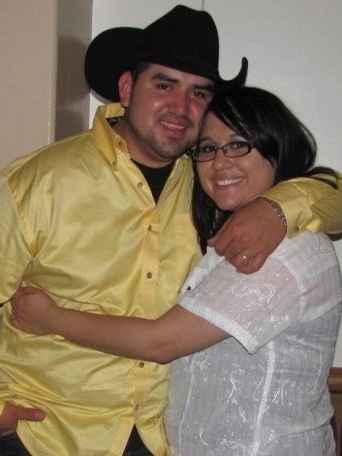 Courtesy of Diaz and LeClair

"She kept staying more and more and more regularly and we finally decided, 'Why don't we just get our own place and see how things work out?' and so far so good," says Diaz.

They have discussed marriage, kids and the future, but here's the rub: LeClair is half Shoshone. If she has children with Diaz, their children will be only one-quarter Native American. That's the minimum amount of blood required to be enrolled in the Shoshone tribe. Therefore, if their children marry someone nonnative as well, the grandchildren would technically not be Indians. It's an issue that troubles LeClair.

"Because I'm not going to teach them, you know, 'You need to marry a Native person because after a quarter your kids can't be enrolled,' and I don't want to teach them that," says LeClair. "But I have wondered, is that going to be an issue? Or am I going to feel kind of sad if they end up having kids with somebody else?"

There's a high chance that will happen. More than half of all Native Americans don't marry other natives. By way of comparison, according to census data, nearly 95 percent of whites marry other white people, and more than 85 percent of African-Americans marry other black people.

David Wilkins, a professor of American Indian Studies at the University of Minnesota, says that intermarriage has always been the norm. "It just shows that Native individuals, due to the small population size of most indigenous communities, frequently find that they have to reach outside of their local community to find a partner suitable for marriage — hence the high degree of intermarriage," says Wilkins.

But there are consequences to intermarrying, according to Debra Donahue, a professor of Indian law at the University of Wyoming.

"The protections and benefits that do go to tribal members or to people who qualify as Indians on the federal side can be significant," says Donahue.

This becomes significant because it can affect child custody cases, access to free health care, education and land ownership. For many tribes, continuing high rates of intermarriage could become a huge issue in the future, since to remain as fully functioning nations, with governments, they need to have a population, says Donahue.

"But if a tribe were concerned about losing population, they could adjust their membership requirements to ensure that they maintain membership," says Donahue." But that's really a cultural choice for the tribe to make."

Many have changed their requirements. For instance, the Cherokee Nation of Oklahoma allows anyone who can prove he is a tribal descendant to become a citizen. However, this leniency has proved problematic. Some say many Cherokee members are not culturally or genetically affiliated with the tribe anymore.

Despite the numbers, blood requirements and federal regulations, Amanda LeClair says that being Indian is more than blood, it's culture, and that is something Diaz is embracing.

"It is nice. For me I really appreciate that they teach me a lot about their culture or take me to ceremonies or their events that they have up there," Diaz says. "So that's really nice."

"I think if he wasn't as understanding maybe you would see it as marrying out, but since he is really respectful and he's willing to listen and willing to learn, I think it's more incorporating," LeClair says.

When LeClair thinks of her future children and grandchildren, she says knowing the culture and having someone to love is more important than having a tribal identification card.