Accessibility links
Scala And Kolacny Brothers: Rock's Heavenly Choir The Belgian girls choir had its breakout moment in the U.S. last year when its cover of Radiohead's "Creep" appeared in the trailer for The Social Network. The group's two leaders discuss shifting their focus from classical to rock. 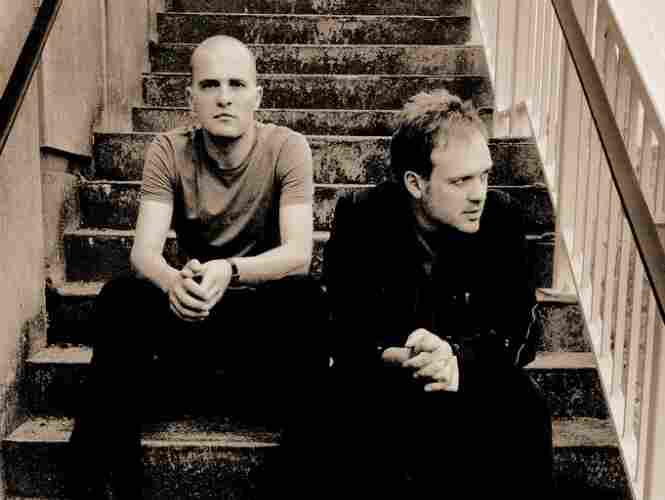 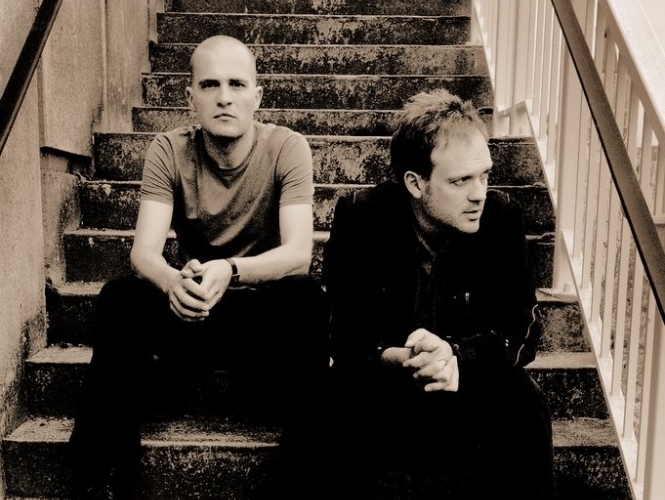 Watch a special performance of "Seashell" by Scala and Kolacny Brothers.

Some young female musicians in Belgium experienced a small career change one day, when their classical choir morphed into a rock cover band. Conducted by Stijn Kolacny and accompanied on piano by his brother Steven, the group collectively known as Scala & Kolacny Brothers has built a career on transforming rock radio hits into otherworldly choral pieces.

Scala & Kolacny Brothers had its breakout moment in the U.S. this past year, when its cover of Radiohead's "Creep" was featured in the trailer for the film The Social Network. The choir's reinterpretation transforms the song's self-loathing lyrics into something sweeter, but as Steven Kolacny tells Morning Edition guest host Linda Wertheimer, lyrics weren't the group's main focus.

"The most important thing is the mood. We tried to find another mood, another feeling ... something completely different," Kolacny says. He adds that the group's philosophy when choosing songs is all about finding styles that contrast with its own. "If you go to the more popular songs like Madonna or Michael Jackson, I don't think that will work for Scala. But if you go to Metallica, Muse, Radiohead, maybe even more alternative rock sounds like Marilyn Manson, that works very well."

Kolacny says Radiohead was a key part of the once-classical ensemble's transition to rock covers, which came about after a friend gave him a CD with some of the band's live recordings.

"My question was, how is it possible that a choir these days is not able to sing rock music?" he asks. The answer, Kolacny says, was easy: "There are no scores — that's it. You need somebody making the right scores of the right songs for the right choir."

The group does have a few originals in its catalog. One standout track from its new self-titled album is "Seashell," whose organ riffs and bouncy rhythms recall another European group: ABBA. Stijn Kolacny says it's all part of Scala's mission to entertain above all else.

"I think there is [enough misery] in the world," he says. "When people come to a show and listen to Scala, it's great that they're moved or that they smile and step out of a venue and are happy. Maybe only for a moment — but we did our job."