Accessibility links
Public Anger Against Nuclear Power Mounts In Japan Since the tsunami damaged the Fukushima nuclear power plant 150 miles outside of Tokyo, Japanese citizens have grown more resistant toward nuclear energy. Analysts believe that any attempts at reform will face stiff resistance from the country's powerful nuclear energy establishment. 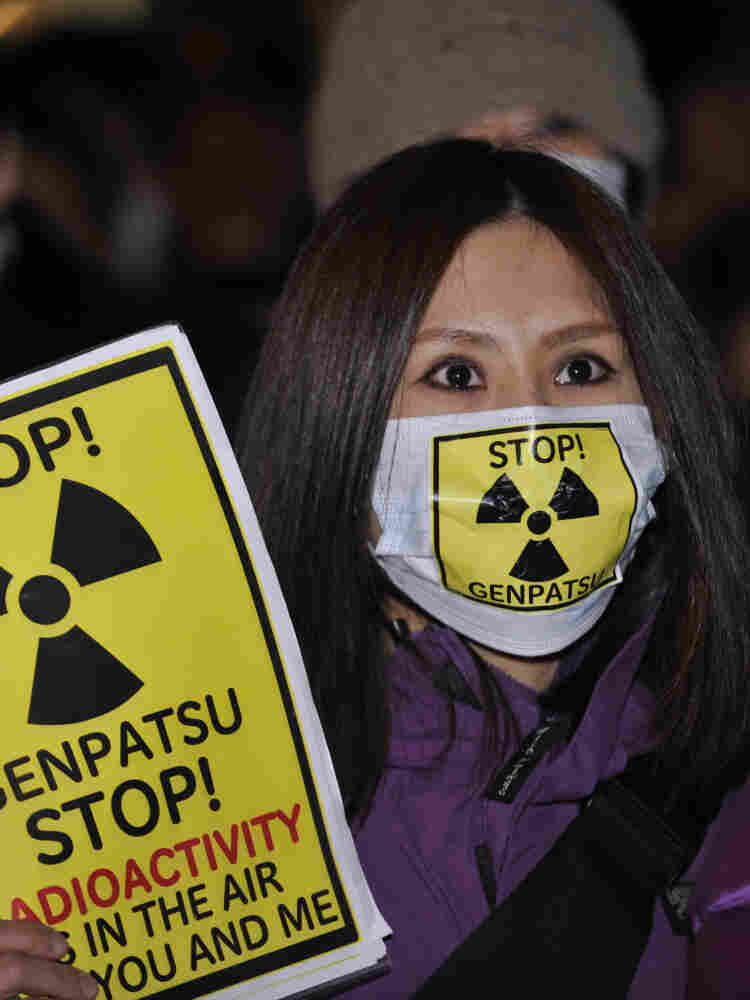 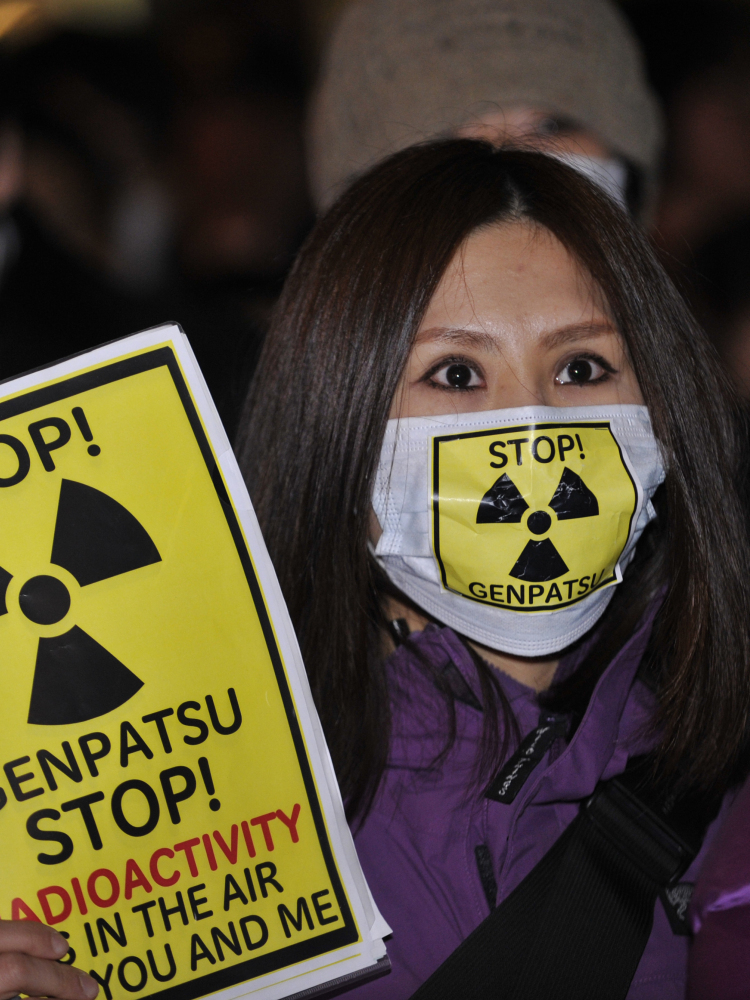 In downtown Tokyo last weekend, protesters chanted "No more Fukushima," referring to the nuclear plant damaged by the March 11 tsunami.

The protesters were typically polite and restrained, but the government is acutely aware that public anger against nuclear power is growing — and that is forcing Japan's leaders to rethink the country's energy policies.

Analysts believe that any attempts at reform will face stiff resistance from the country's powerful nuclear energy establishment, which has successfully defeated previous efforts to overhaul the nation's energy policies.

But Prime Minister Naoto Kan has said a rethink is already under way.

"We must be creative in aggressively promoting new energy policy," says Noriyuki Shikata, director of global communications for the prime minister's office.

The prime minister, Shikata says, is "trying to make the case that the future policy may not be an extension or continuation of the current policy. There may be a drastic policy change."

Japan's national energy plan calls for building 14 new nuclear plants in the next two decades and raising the proportion of electricity generated by nuclear power from the current one-third to one-half.

But in the wake of this disaster, citizens are more likely to resist efforts to build nuclear power plants in their back yards. Of course, it has never been easy.

Purdue University political scientist Daniel Aldrich says government officials and power companies have had to conduct detailed surveys to find communities where labor unions and other civic society elements would not fight back.

"A critical aspect of what they're looking for are these pockets of weaker civil society," Aldrich says.

It's not that Japan lacks the capacity, the potential. It's that there are very real institutional reasons that new finance capital hasn't flowed into these areas. It's been locked up by the structure of interests that were able to make their reproduction, their survival, the paramount policy goal.

That's why Tokyo Electric Power Co, or TEPCO, built nuclear reactors that provide electricity to Tokyo in Fukushima. It's 150 miles from the capital, and the company incurs considerable expenses to transport the electricity to its destination.

Aldrich says that despite these efforts, communities have rejected the plants about half of the time. So the government and utilities have developed other policy tools to overcome public opposition.

"These range from, for example, literally middle school curricula being written by bureaucrats that emphasize the safety and necessity of nuclear power plants, to $20 million a year in money that flows to host communities, to all kinds of rewards for local mayors and city executives who cooperate with siting plans," he says.

In the early 1990s, Japan's Nuclear Development Program even created a cheerful cartoon, featuring the character Pluto-Kun. This animated ambassador for plutonium argued that this substance is a reliable source of energy and really not as scary as people think.

"We've been depending on the nuclear energy so much," he says. "It's not the policy choice. It's because of those bureaucrats and the power company and the politician got some vested interest in promoting nuclear."

TEPCO employs many retired government regulators. And its labor unions gave the ruling Democratic Party of Japan, or DPJ, strong backing during the last election.

Andrew DeWit, a political scientist at Tokyo's Rikkyo University, argues that nuclear power's biggest backers are its customers in heavily polluting industries. And these manufacturers, he says, have prevented the rise of cleaner and more innovative industries.

"It's not that Japan lacks the capacity, the potential," he says. "It's that there are very real institutional reasons that new finance capital hasn't flowed into these areas. It's been locked up by the structure of interests that were able to make their reproduction, their survival the paramount policy goal."

Many Japanese had hoped that the DPJ's landmark electoral victory in 2009 would usher in an era of reform. On the campaign trail, the DPJ promised deep cuts in carbon emissions, feed-in tariffs to support renewable energy sources, and an end to vested interests' chokehold on policymaking.

But none of these have materialized. Vested interests, says Taro Kono, have so far succeeded in co-opting DPJ reformers.

"So the change of the government did not discontinue the policy; rather, it has enhanced [it]," he says. "It took the DPJ in the circle. So everyone's guilty and everyone has to admit their guiltiness, and, well, we have to start over."

Japan's reliance on nuclear energy has developed over a half-century-long search for energy independence. It has very few oil and coal resources, and most of its oil is imported from the Middle East.

Japan's nuclear policies were heavily influenced both by the "Atoms for Peace" program under the Eisenhower administration as well as the 1973 oil crisis.

But DeWit says the current crisis could possibly cause a crucial split between the nuclear lobby and the industries whose factory lights have been dimmed.

He says he imagines the manufacturers saying: "Hey, you guys promised us cheap power. You said that renewables would be intermittent and costly and that's why we wouldn't use them, and you said that nuclear was the way we could have cheap, uninterrupted power. Well, that ain't happening. So maybe you guys were wrong."

DeWit says a battle is brewing over how Japan will rebuild its cities and power grids. And the forces of reform and the status quo, he says, are already gearing up to win that contest.