Accessibility links
Revving Up For 2012, GOP Hits Obama On Gas Prices High oil and gas prices are emerging as a big issue in the 2012 presidential campaign. Oil market analysts say recent price hikes have more to do with turmoil in the Middle East than with administration policies. Still, potential Republican candidates are trying to draw a direct line between high gas prices and President Obama. 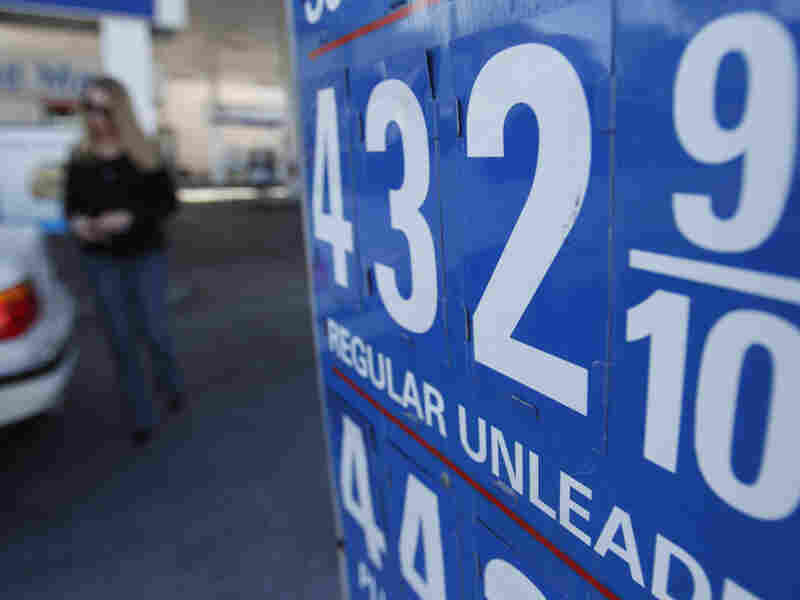 In some parts of the country, like San Diego (above), gas prices are above $4 a gallon. Some Republicans are trying to tie those higher prices at the pump to President Obama's energy policies. Gregory Bull/AP hide caption 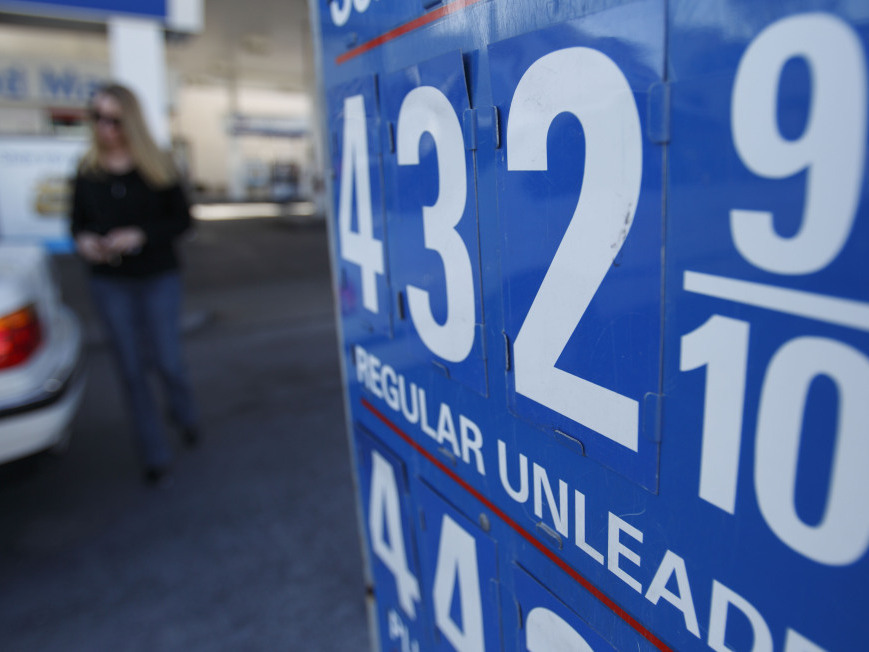 In some parts of the country, like San Diego (above), gas prices are above $4 a gallon. Some Republicans are trying to tie those higher prices at the pump to President Obama's energy policies.

Gasoline prices already have reached $4 a gallon in some parts of the country, and oil prices appear to be settling in comfortably above $100 a barrel. With a political campaign season around the corner, Republicans who want to remove President Obama from office in 2012 have fully embraced the energy issue.

It's not exactly clear who's running for the Republican nomination, but if you show up in Iowa just before an election year and take a few swipes at the current Democratic president, we can safely assume you're at least thinking about running.

"That is the price that gasoline was the day before Barack Obama took office as president of the United States," said Bachmann. The audience cheered when she asked, "Is it time for a change?"

A Question Of Supply, Or Of Politics?

Bachmann draws a direct connection between the number of new drilling permits issued in the Gulf of Mexico on President Obama's watch and the current price of gasoline.

Former Alaska Gov. Sarah Palin, the woman who made the phrase "drill, baby, drill" popular, does the same thing in a recent Facebook post titled "The $4-Per-Gallon President."

Oil And Gas Money In Politics

Money given by the industry to members of Congress over the past four election cycles.

Oil market analysts say recent price hikes have more to do with turmoil in the Middle East than with administration policies. Still, much of what potential GOP candidates have to say about energy deals with supply.

That's pretty much the message you'll get from the oil industry. No wonder — just look at where oil companies spend their campaign contributions: Republicans are the beneficiaries over Democrats by a 3-to-1 margin, according to the Center for Responsive Politics.

Former House Speaker Newt Gingrich also has been making appearances on the potential candidate speaking circuit. Last month, he was at the Conservative Political Action Conference (CPAC) in Washington.

"What you have from the Obama administration is a war against American energy. They just can't help themselves," Gingrich told the crowd. "Even in the State of the Union, at a time when we're facing rising oil prices, what does the president want to do? He wants to raise taxes on oil and gas."

Gingrich uses the word "taxes" loosely. The Obama administration has proposed increasing fees for the oil industry and getting rid of some tax deductions.

There is another potential candidate who would like to say to President Obama, "You're fired."

Donald Trump was on Fox News a couple of weeks back commenting on stiff new safety and environmental rules the Obama administration put in place after the Deepwater Horizon accident in the Gulf of Mexico.

Beyond "the Donald," there is another potential Republican candidate — some even consider him the front-runner. While former Massachusetts Gov. Mitt Romney has made plenty of speeches, he hasn't tied high gasoline prices to President Obama as aggressively as the others.

But as gas prices rise further, you can bet most of the potential Republican candidates will try their best to link the two in voters' minds.