Accessibility links
Expansion Strategy: Amazon Deepens Digital Reach When Amazon announced its cloud-based music service this week, becoming the first major company to offer a digital storage locker for music, it was the latest example of the online retail giant moving into products and services far beyond its roots. 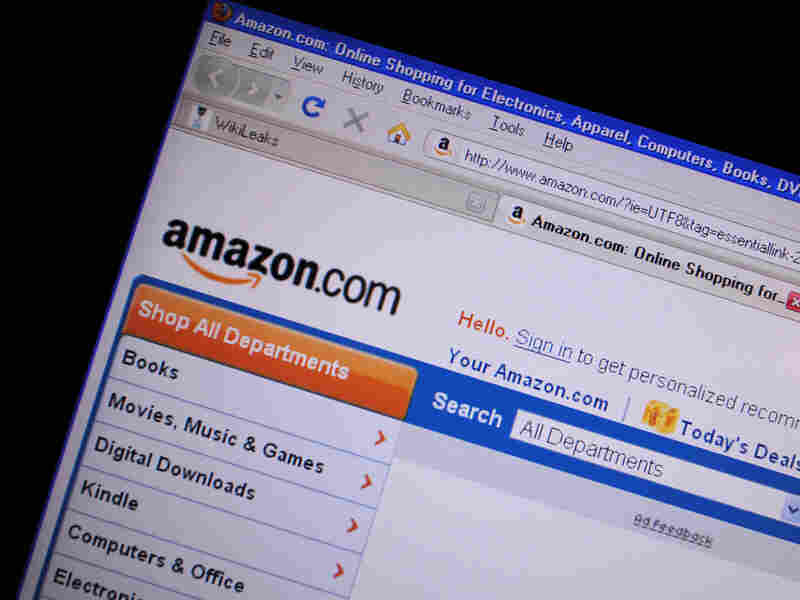 The range of products and services sold on Amazon.com are expanding quickly as part of CEO Jeff Bezos' vision for the Internet retailer. Karen Bleier/AFP/Getty Images hide caption 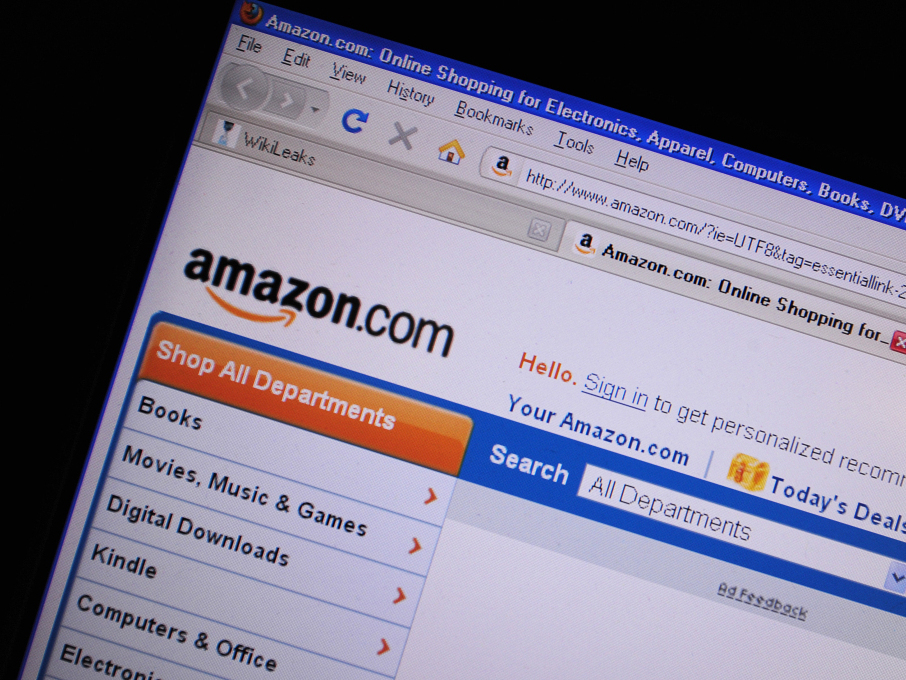 The range of products and services sold on Amazon.com are expanding quickly as part of CEO Jeff Bezos' vision for the Internet retailer.

Amazon announced a cloud-based music service this week — beating out Google and Apple to become the first major company to offer what's essentially a digital storage locker for music. It's one more example of Amazon moving into products and services far beyond its original roots.

If you ask people about Jeff Bezos, the CEO of Amazon, one of the first things they will tell you is he is very smart.

Robert Spector, the author of Amazon.com: Get Big Fast, says Bezos "understands several moves ahead, and you can see that in Amazon's growth."

A Mission To Sell Anything And Everything

While Bezos began by selling books in the mid-1990s, he already had plans to sell just about anything and everything on the Internet.

In a 1999 interview with NPR, Bezos said: "Our No. 1 mission is to be Earth's most customer-centric company. And we mean that across any industry and across any time. Listening to customers, figuring out what they want, giving it to them, exceeding their expectations and then in the totally new sense, which is to put each individual customer at the center of our universe."

"This just will make our digital music service so much more appealing, and people are going to want to buy a whole lot more music," says Amazon Vice President Bill Carr.

It's the Amazon way — make it easier to find and buy things, and customers will spend more.

Dan Rayburn, an analyst with the consulting firm Frost & Sullivan, says Amazon has created a strong brand and loyal customers.

"They've branched out into so many different things, and typically when a company does that, they lose sight and they lose focus because they are trying to be everything to everybody," he says. "But you know, it's very hard to find something that Amazon is not good at in terms of what they've branched off into."

Critics Of The Company

But not everyone is quite so laudatory. For example, some former workers complain that Amazon treats its employees like commodities. And other observers wonder why the company is so secretive.

At the company's gleaming new office complex north of downtown Seattle, there's no name on the main door and no hint at all of what's beyond the sterile lobby with its badge-protected entry.

The company is famously stingy about giving out sales and financial figures. So, while we know how many iPads Apple has sold, we can only guess at the number of Kindle sales.

What we do know is Bezos is worth an estimated $18 billion, and his company makes more than $1 billion a year.

Peter Fader, a professor of marketing at the University of Pennsylvania's Wharton School, has watched as the company has moved beyond the sale of physical goods and into digital content and services, where the competition will be fierce.

"They are competing much more directly with a Google, a Facebook and an Apple," he says. "I think Jeff Bezos goes to sleep at night thinking, 'How can I get people to be thinking about our company more often — not just spending with us, but being a part of their minute-to-minute lives?' "

But right now, Bezos may also be thinking about a possible threat to his retail strategy. Amazon doesn't collect sales tax in most states, so its customers pay less for merchandise they buy. But now the states want Amazon to pony up, says author Robert Spector.

"States need the money, so it's going to be interesting to see how that plays out," he says.

Amazon is fighting back aggressively, fearing a loss of customers and revenue. And it faces one more potential drag on retail profits: rising gas prices, which increases shipping costs. All of this may be adding just a touch of urgency to Amazon's latest expansion efforts.