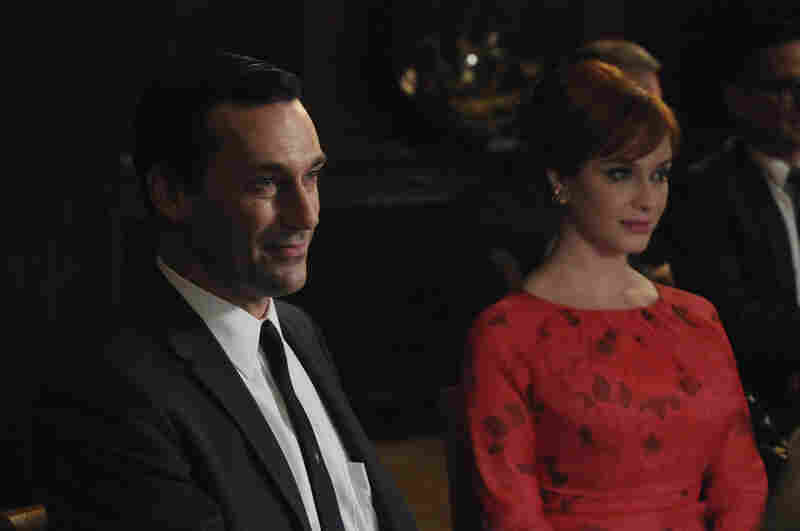 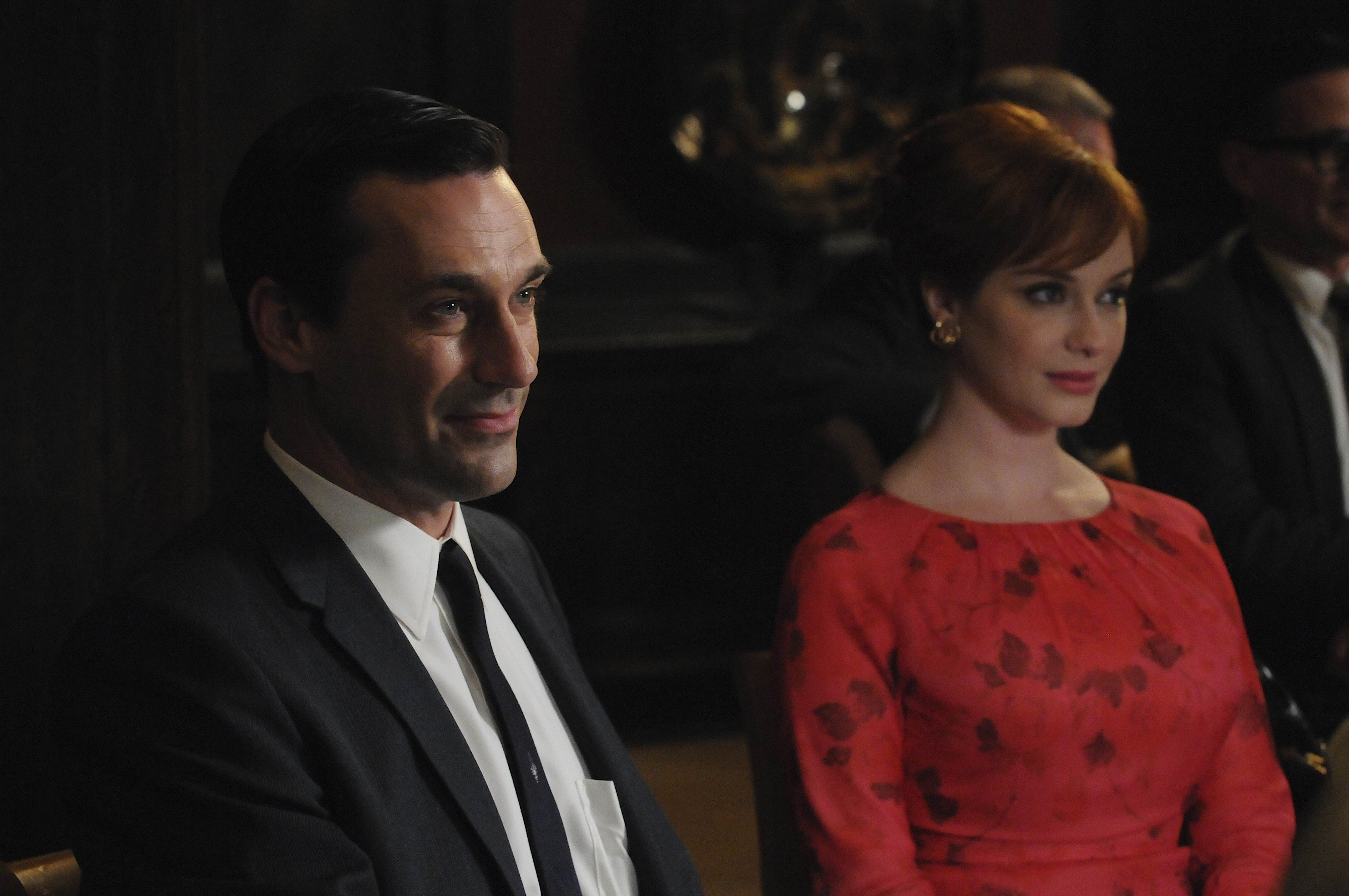 Season four of 'Mad Men' has just been released on DVD. This interview was originally broadcast on Sept, 16, 2010.

This season of Mad Men has been a transformative one, to say the least, for lead character Don Draper, the star partner at ad firm Sterling Cooper Draper Pryce.

His wife, Betty, has left him, having learned that he stole a fellow soldier's identity during the Korean War. He's been striking out at pitch meetings. He's become what Jon Hamm, the actor who created the previously bulletproof character, calls a "less-functioning alcoholic," living a bachelor life in Greenwich Village but grappling with both profound loneliness and a shattering personal loss.

"Don is losing touch with not only his life but with the world around him," Hamm tells Fresh Air host Terry Gross. "As the world is changing — as he's getting older and his circumstances are shifting — the old paradigms aren't working so much anymore."

Hamm says Draper's fundamental dishonesty — the fact that he stole a dead soldier's identity and has been living under that name for decades — needs to be addressed before any sort of real growth can happen. But it remains to be seen whether he's strong enough to actually do that. 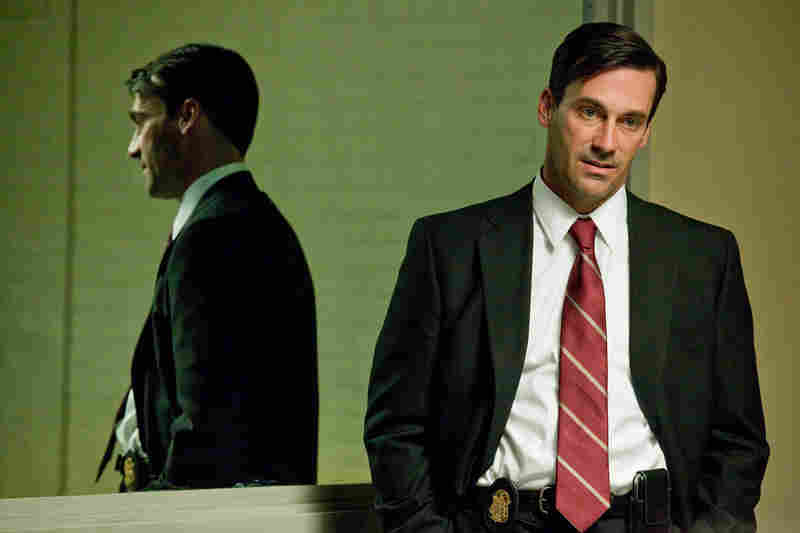 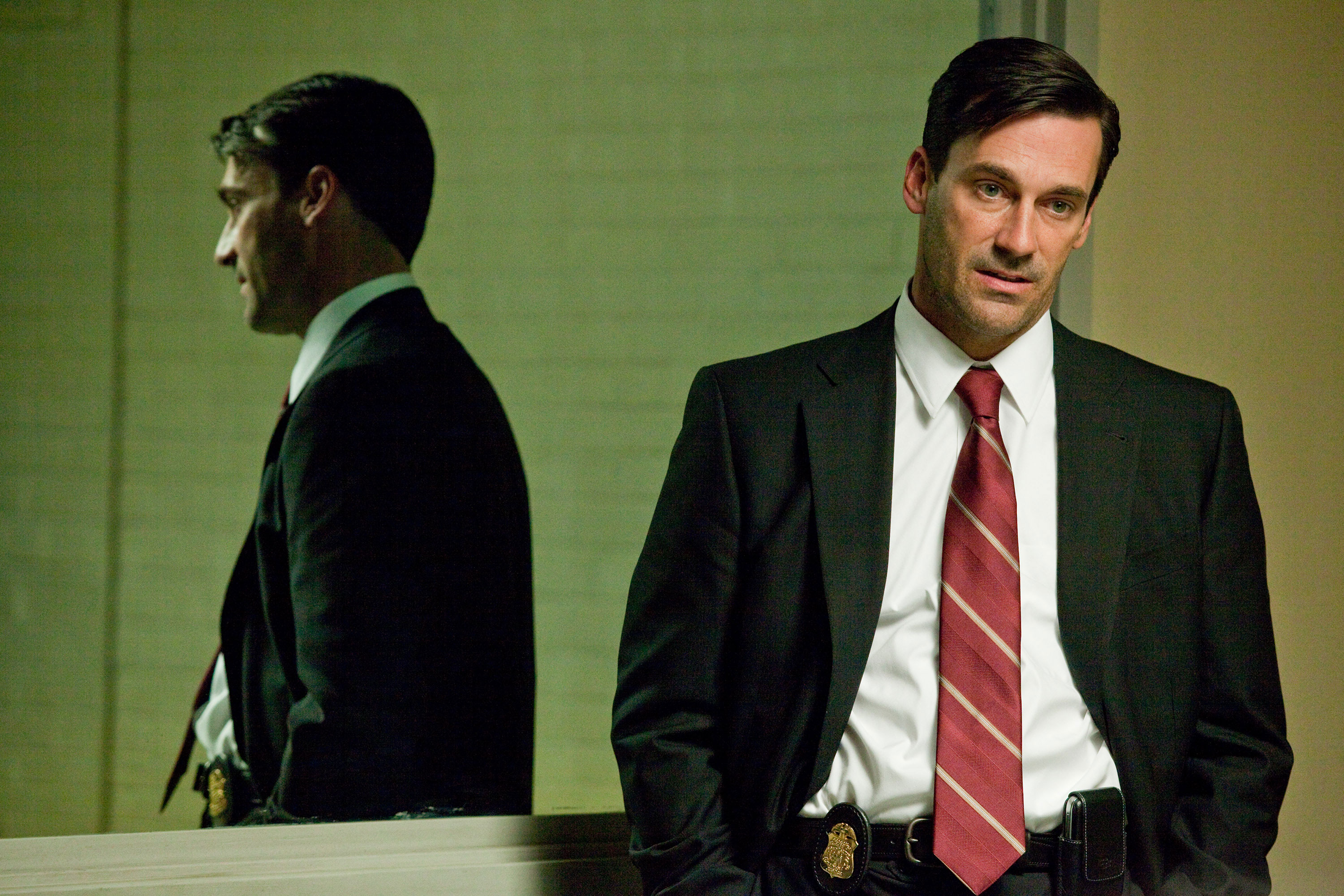 "This guy's world is slipping out of his grasp, and he is no longer the master of his universe that he once seemed to be," Hamm says.

Hamm tells Fresh Air that he mostly doesn't really talk specifics about how the series is going to progress with creator Matt Weiner; instead, he approaches each episode individually. In real life, after all, a Don Draper wouldn't know what's coming next.

"I honestly don't like knowing what's going to come down the pike, for fear of somehow subconsciously playing the end of the story, or playing information my character shouldn't have," Hamm says. "That said, Matt and I sit at the beginning of every season and we talk about what the season is going to bring and what the arc of the season could be or should be or might be — but this is well before anything is written. And we talk in very, very general terms of themes and feelings and general ideas."

While on hiatus from Mad Men, Hamm has branched out with a series of movie roles. He appeared in the mystery thriller Stolen and in the 2008 science-fiction film The Day the Earth Stood Still. And he plays an FBI agent in the upcoming Ben Affleck crime drama The Town. He says he liked the look of the "stripped-down action film," which follows four bank robbers around Massachusetts as law-enforcement officers try to hunt them down.

Jon Hamm has been nominated for five Emmy Awards. He received a Golden Globe in 2008 for his portrayal of Don Draper on Mad Men.

On having an FBI consultant on the set of The Town

"Before we even started shooting, I was able to hang out with quite a few law-enforcement agents in Boston. In particular, the Violent Crime and [Bank] Robbery Task Force that handles bank robberies and violent crimes at the federal level is actually made up of a consortium of federal, state and local law-enforcement agencies, and they work very closely together. And because of that, they're able to use the local knowledge that the Boston Police Department has of these neighborhoods and of these criminals and crews that knock off armored cars and banks, and then they can pursue them at the federal level as well, and use the vast power of the federal law-enforcement system to bring these guys to justice."

On the principle that 'actions have consequences'

On auditioning for the part of Don Draper

"Auditioning is a terrifying process. It's a really soul-crushing process sometimes, because essentially what people are saying is not necessarily 'we don't like your acting' but 'we don't like you.' And that's hard to take. But I really wanted to do this part, and I really felt a relationship to it ... because this character very much reminded me of my father. My dad would have been 27 in 1960, when we start the show, so a little younger than Don Draper, but he was a very powerful businessman in St. Louis, Mo., where I grew up. And he had a lot of friends and power and connections, and was a pretty sad guy — not because he assumed someone's identity and had a basic fundamental lie that he was living, but my father was twice-widowed and had a tough time. So it resonated for me in that respect. So I really wanted to do it. I thought the writing was excellent, and I wanted to make the best of the opportunity."

On his dating years

"I was sort of a late bloomer and was not really necessarily one of the cool kids. I don't know. I was sort of the weird kid who didn't do much of anything, really. That should be enough to show you how awkward I was when I was dating. I can't even talk about it."

On becoming an actor

"Had both my parents been around, I probably would have done something completely different with my life. I think all performers come from a place of self-doubt and pain. Ray Romano said once, very accurately and hilariously, that if his dad had spent more time with him he would have been an accountant instead of a comedian. I think that anybody who wants to get on stage or tell jokes or sing songs has some sort of, at a fundamental level, desire to be paid attention to, and I'm no different. But my mother instilled in me an incredible desire to learn and an incredible curiosity about the world and an incredible joy in achieving things. And she also put me in creative-writing classes and acting classes when I was a little kid and encouraged me to do stuff. So that's probably the biggest influence in what got me here."