Accessibility links
At-Risk Federal Funds Cover More Than The Pill Title X, the federally funded family planning program, is often the entry point for patients to get other health care services they might need. And many patients might not even realize they need them. Funding for the program is on the House GOP's chopping block. 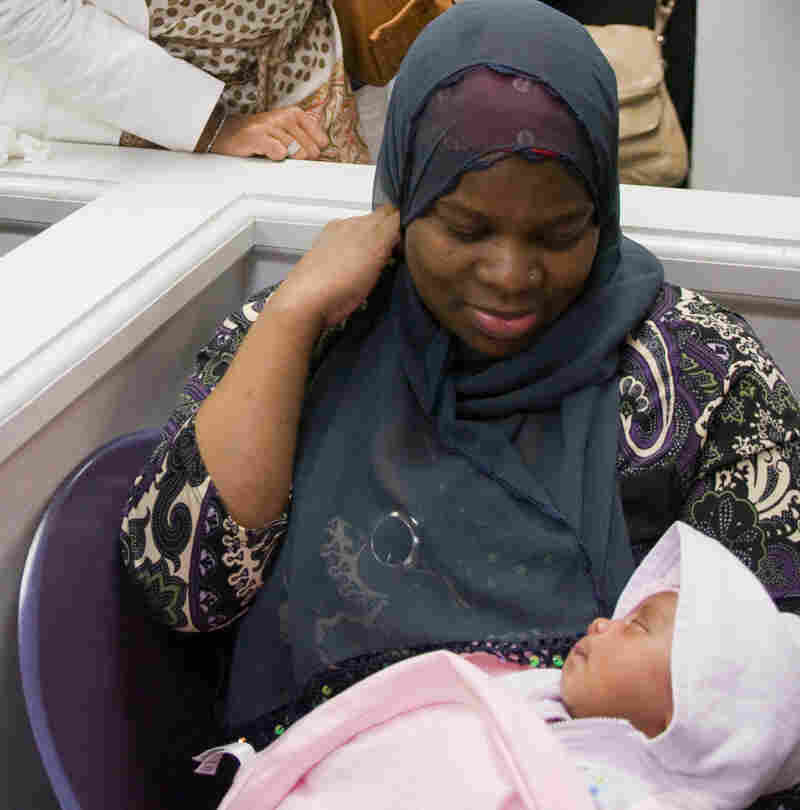 A mother and daughter at the Unity Health Care's Upper Cardozo clinic in Washington, D.C. at a celebrity event in 2009. The clinic relies on some funding from the Title X Family Planning Program. Kris Connor/Getty Images hide caption 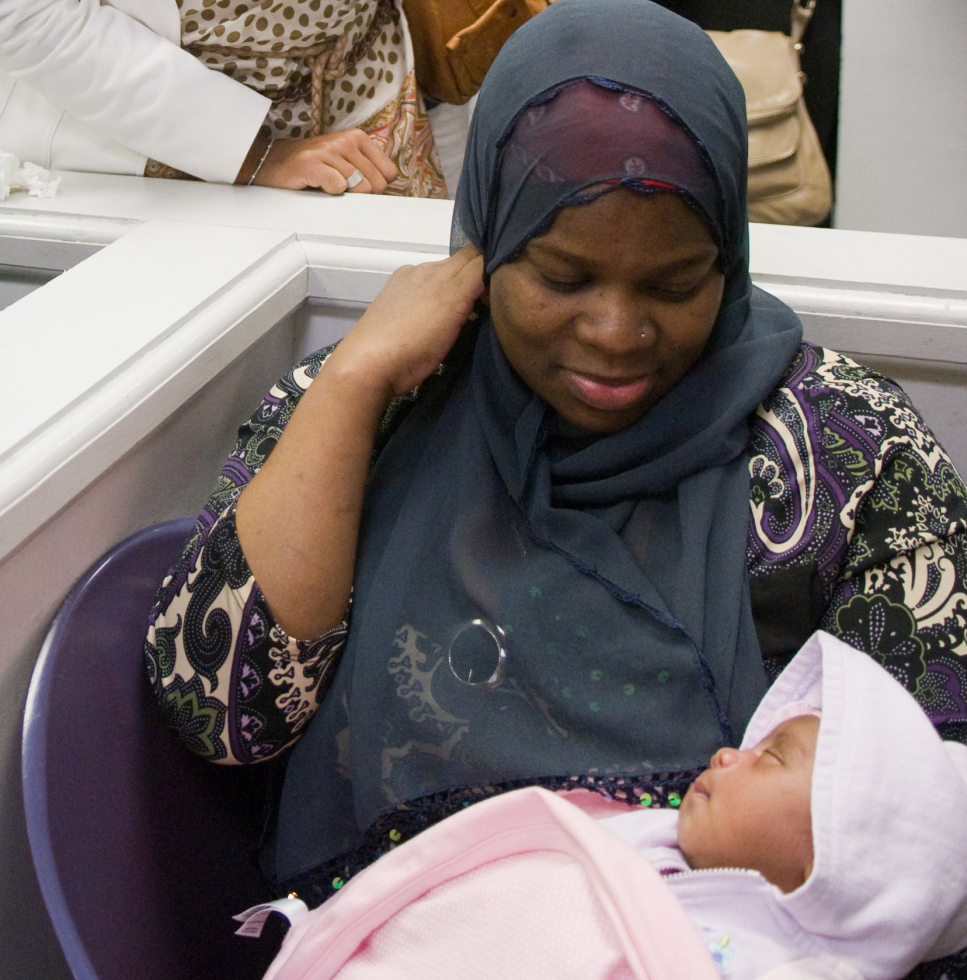 A mother and daughter at the Unity Health Care's Upper Cardozo clinic in Washington, D.C. at a celebrity event in 2009. The clinic relies on some funding from the Title X Family Planning Program.

On Capitol Hill, lawmakers are arguing over budget line items and billions of dollars as they try to strike a deal to keep the government running for the rest of the fiscal year. The latest in a string of short-term funding bills expires in early April.

But in places like Unity Health Care's Upper Cardozo clinic in the Columbia Heights neighborhood of Washington, D.C., doctors, nurses and other health care providers are too busy treating patients to focus on the fights happening across town.

They're just hoping that a final deal does not eliminate all funding for the Title X Family Planning Program (known in the business as "Title Ten"). The bill passed by the House in February would do exactly that. It marked the first time either chamber has voted to cancel funding for the program since it was signed into law by President Richard Nixon in 1970 as Title X of the Public Health Service Act.

Unity Health Care, which is the Title X grantee for the District of Columbia, only gets a tiny portion of its overall budget from the family planning program — about $1.3 million of the $80 million it spends annually to serve mostly low-income residents of the city.

One important thing the Title X funds allow Unity to do is to have all the various forms of contraception on hand for patients on the spot.

Title X funding largely goes to services for poor or low-income women who are uninsured but do not meet Medicaid eligibility requirements.

Clinics funded by Title X serve 15 percent of women in the United States who obtain contraceptive prescriptions or supplies, or who receive an annual checkup for birth control.

Only 5 percent of Title X-supported clinic clients came only for contraceptives; nearly 9 in 10 obtained preventive gynecologic care, and more than half received services related to sexually transmitted or reproductive tract infections.

Of the 7,000 or so family planning clinics nationwide, 4,500 receive Title X funding. About 60 percent of the clinics receiving the funding are operated by state, county or local health departments; 14 percent are operated by Planned Parenthood. The rest are run by a "variety of other types of agencies."

"That's very important to me as a family physician," said Andrea Anderson, Unity's director of family medicine. "Because I want to be able to provide my patients with comprehensive health care, and not say, 'Why don't you take another day off work to go get your [contraceptive] method placed?' Our patients are hard-working. They're trying to plan for their families; they don't often have sick leave from the jobs they have. So they need to be able to take care of their needs all at once."

Indeed, on this day, Anderson is seeing a patient for sinus problems. But after a discussion of the patient's contraceptive needs, the patient decides to switch from the birth control pill to a patch. And Anderson is able to provide it to her immediately.

Karen Klauss, a certified nurse midwife at Unity and the clinic's family planning coordinator, says even more important is that the family planning program is often the entry point for patients to get other health care services they might need. And they might not even know they need them.

"They come in, thinking that they need to get their Pap smear, or they're interested in a family planning method," she says. "But as soon as I see them I see that their blood pressure is completely out of control, or based on the family history that I've gathered, they're at really high risk for diabetes and I check their blood sugar and it's sky high."

Indeed, for many women — and men — Title X clinics provide the only basic health care their patients get. In 2009, the program served roughly 5.2 million patients. Seventy percent of those patients had income below the federal poverty line; two-thirds had no health insurance.

And Title X provides far more than just contraception. In 2009, according to the federal government's annual report on the program, Title X programs provided more than 2 million Pap tests to detect cervical cancer; more than 2.3 million clinical breast exams; and more than 6.8 million tests for sexually transmitted diseases, including HIV. One study found that more than 60 percent of women who received services from a family planning center in 2006 considered it their "usual source" of medical care.

One thing Title X does not fund is abortion. That's been banned since the program began, which was three years before the Supreme Court legalized the procedure nationwide.

Nevertheless, Title X has long been entangled in abortion politics.

One key reason is that Planned Parenthood affiliates get about a quarter of all Title X dollars. Planned Parenthood clinics are also the nation's largest abortion providers, although they use nonfederal funding for that. Abortion foes, however, point out that money is "fungible," and that every dollar a Planned Parenthood gets from the government for Title X replaces a private dollar that it can then put toward programs that do fund abortion.

The controversy surrounding the program is a shame, says Hathaway, the doctor at Unity Health Care. Of the roughly 6 million pregnancies in the U.S. every year, half are unintended. "And of that half, half of those end up as abortions," he says. "And that's a ridiculously, ridiculously high level of abortions in a country like ours, where we have supposedly the best technologies and the best available methods to help women avoid pregnancy when they don't want to be pregnant."

And if reducing abortion is a goal, then getting rid of the Title X program is not the way to accomplish it, says Unity nurse-midwife Karen Klauss.

"If the Title X program goes away," Klauss says, "there's no question that unintended pregnancies would go up, and as a consequence of that, abortions across the country would go up."

But the effort to make the program go away is a serious one, as evidenced by its elimination in the spending bill approved by the House.

In part that's due to opposition by religious conservatives, who oppose the entire idea of the government handing out contraceptives, particularly to teenagers (which Title X does) and to people who aren't married.

But there are others who oppose the program for other reasons.

"At the end of the day, there's just a question of how many things can you afford and is this one a national priority," says Chuck Donovan, a senior research fellow with the Heritage Foundation's DeVos Center for Religion and Civil Society.

Donovan says Heritage isn't against contraception. He just thinks the program should be funded through people's individual insurance.

"Then it would be a matter of individuals deciding what their needs are and using their insurance dollars to purchase those services rather than all of the cost and bureaucracy of a federal program," he said.

But as more and more people are losing their health insurance, the demand for services at Title X clinics has been growing. In 2009, the program served 134,000 more people than it did the year before.

If it actually is canceled, how those patients will get care remains a question yet to be addressed.