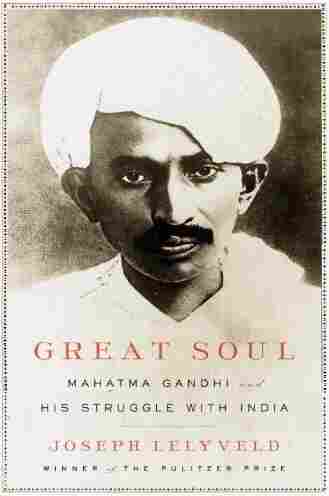 Sir Ben Kingsley in a universally acclaimed bio-epic? Definitely not this time around.

Joseph Lelyveld's new biography of Mahatma Gandhi, Great Soul: Mahatma Gandhi And His Struggle With India hasn't even hit bookstores in India, but it has already unleashed a firestorm of controversy.

The state of Gujarat, where the icon of the Indian Independence movement was born, has already banned the book. There are some Indian leaders now calling for a national boycott of Great Soul, the latest work by the Pulitzer Prize-winning journalist who once covered India for The New York Times.

After early reviews were published in British and American newspapers this week, articles began to circulate within India stating that Joseph Lelyveld had portrayed Gandhi as a bisexual, racist and often ruthless politician. For a leader lionized in South Asia for his virtuous mantra of nonviolence, these descriptions are being called utterly disrespectful, bordering on desecration.

The most controversial aspect of the book emerges in excerpts from previously released letters that Gandhi wrote to a German architect named Hermann Kallenbach. The two men became close confidants during Gandhi's early years as a lawyer in a South Africa, sharing ideas about politics and society in a series of deeply intimate exchanges. In one of these letters, Gandhi writes to Kallenbach, "...how completely you have taken possession of my body. This is slavery with a vengeance." As soon as early reviews of the book featuring that excerpt became public, critics in India lashed out, calling the inclusion perverse and insulting.

I spoke with Joseph Lelyveld earlier today, and he told me that the narrow focus on this particular aspect of the book is a fundamental misreading of his research: "I was surprised to find myself at the center of this." Lelyveld believes the "bisexual" story went viral in part due to the "tamasha," the spectacle-driven nature of India's 24/7 cable news culture. It was a "ready-made" controversy for the digital age.

Lelyveld never uses the term "bisexual" in the book and doesn't describe the relationship between Gandhi and Kallenbach as a romantic or sexual one. "I don't push it to that conclusion because who knows what happened between two people almost a hundred years ago?"

....Is the only way available to us to respect Gandhi and other national icons is to protect them by law and governmentality? If they were tolerant of criticism, invited discussion of their most intimate impulses, engaged in philosophical and cultural debates about the validity of their thought and conduct, our promptness to muzzle such debate about them is a sign of the lack of our cultural confidence in our icons that they would remain relevant and available despite being subjected to salacious gossip.

Joseph Lelyveld told me he never set out to deconstruct Gandhi's iconic status or minimize his impact on Indian history. "I have no problem with the lionized Gandhi," he explains. But Lelyveld says he was inspired to write the book out of admiration for a more under-emphasized aspect of Gandhi's story: his lifelong commitment to domestic politics of equality and justice, ideals informed by the injustice he saw as a young man in British South Africa.

Mahatma Gandhi may be a hero in India today — the stuff of garlanded portraits and anniversaries — but Joseph Lelyveld believes that Gandhi's politics have been forgotten by today's Indian leaders.

"It doesn't matter who he slept with. He struggled very hard to bring values of social equality to India and people who haven't gone very far along that line all these years later now put themselves forward as protectors of his reputation. If they really took the trouble to look at the book, they might be even more offended."

Those audiences will have a chance to judge for themselves when Great Soul, which is already available in the United States, is published in India later this year.