Accessibility links
From The Tea Party, Mixed Views On Libya Intervention The operation is the first new military intervention by the U.S. since the emergence of the Tea Party as a political force. While leaders within the movement have slammed the administration's decision to intervene, their views do not speak for the entire Tea Party, which has other hot buttons at the moment. 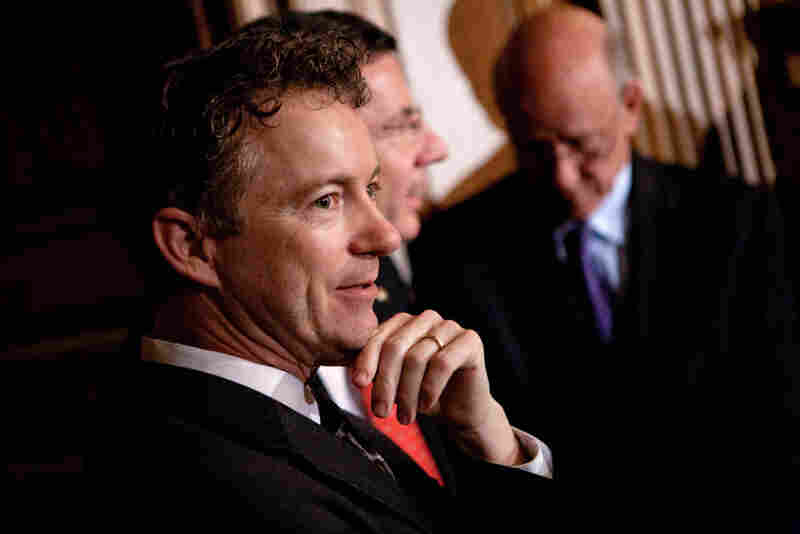 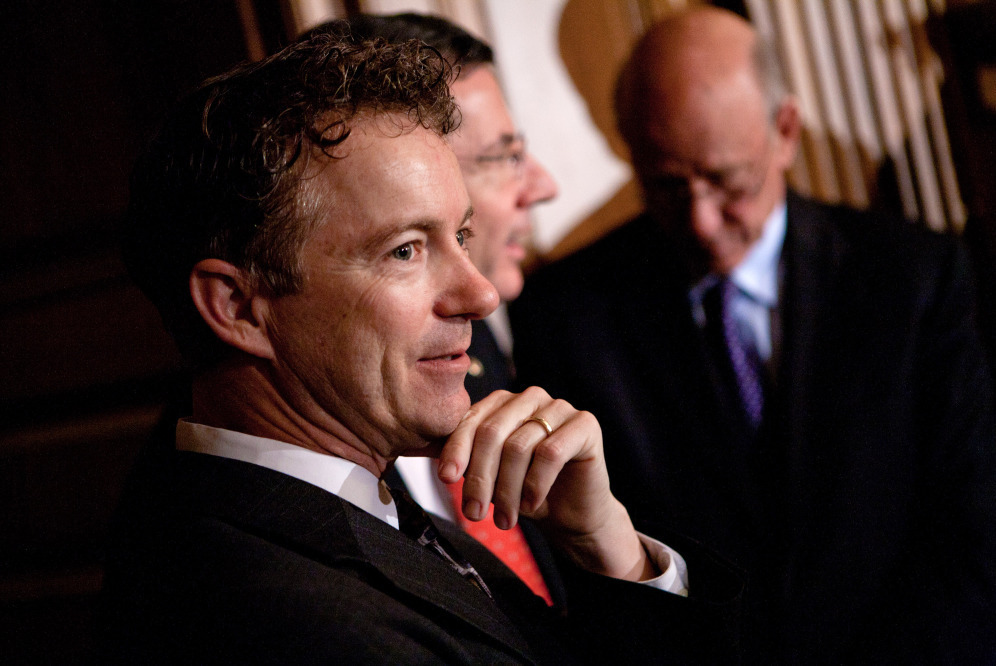 On economic and domestic policy, Republicans in Congress have overwhelmingly spoken with one voice: opposed to President Obama.

But that's not so on Libya, which has been the subject of several congressional hearings this week.

"We did not seek this military operation in Libya, but we were right to intervene," Sen. John McCain (R-AZ) said Thursday at a Senate Armed Services Committee hearing.

If anything, the Arizona Republican says, Obama is being too timid in Libya.

The operation is the first new military intervention by the U.S. since the emergence of the Tea Party as a political force. While McCain and the GOP's old guard traditionally favor a muscular foreign policy, that's not necessarily true of today's Tea Party activists.

"Some say, well, this is no big deal, the president should be able to fight war whenever he wants to fight war," Kentucky Sen. Rand Paul, a leader of the national movement, said on the Senate floor. "I beg to differ, and our founding fathers beg to differ."

In the House, Obama has support from California Republican Dana Rohrabacher.

"I've from Day 1 given this administration fairly high marks on the way it's handled this crisis," Rohrabacher said. "I'm not like the Republicans who are just seeking a way to be critical of President Obama."

The president is criticized, meanwhile, by Minnesota's Rep. Michelle Bachmann, head of the House Tea Party Caucus. On NBC's Today Show on Wednesday she said "the new Obama doctrine" of humanitarian intervention would allow the U.S. to enter one country after another.

"I don't think that's in the American interest for us to enter into one country after another," she said.

Bachmann and Paul have been champions of the Tea Party, but their views do not speak for the movement, which has other hot buttons at the moment. For many in the Tea Party, Libya is a question of balancing cost with national security.

"People in the Tea Party are probably going to be a lot more deferential to the Pentagon than they are to other agencies of government," he says. "Some of them are veterans. Many of them have great respect for the military, so they tend to see it in a different light from other programs."

This week several hundred Tea Party activists gathered near the Capitol in Washington, D.C., for a rally focused on spending. Libya was ignored.

In the crowd, there was no love for Obama, but when you asked about the intervention in Libya the responses were diverse.

Alan Davis of Chillocothe, Ohio, said he was suspicious of the policy, but also ambivalent.

David Show of Uniontown, Pa., said he doesn't like the U.S. taking a back seat to NATO.

"It's great to have the other countries involved with it, but when it boils down to it, we are the country that's done the great things in the world," he said. "We are the leaders, and that's a role we still have to have."

Ann Lewis, of Alexandria, Va., said whether or not it was a good idea to intervene in Libya isn't even relevant.

"The point is we don't have the money," she said.

If the Tea Party has no one shared position on Libya now that could change — especially if the mission drags on and the costs continue to escalate.