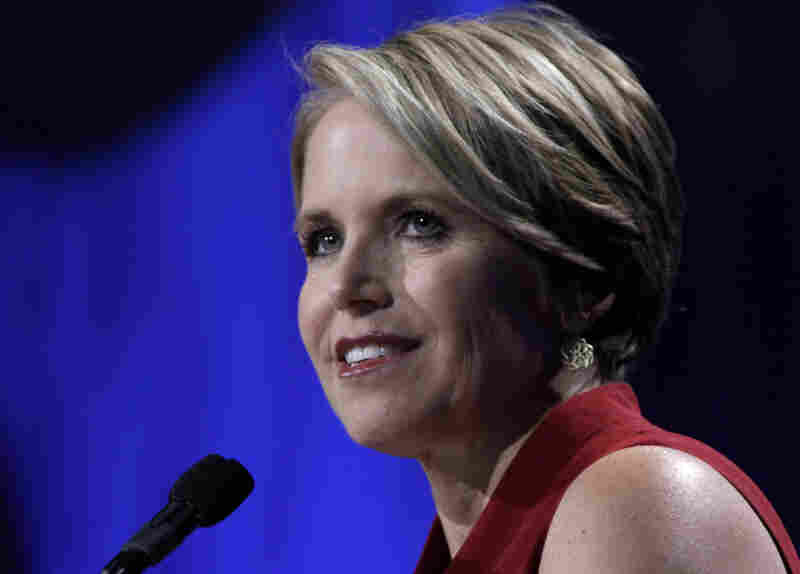 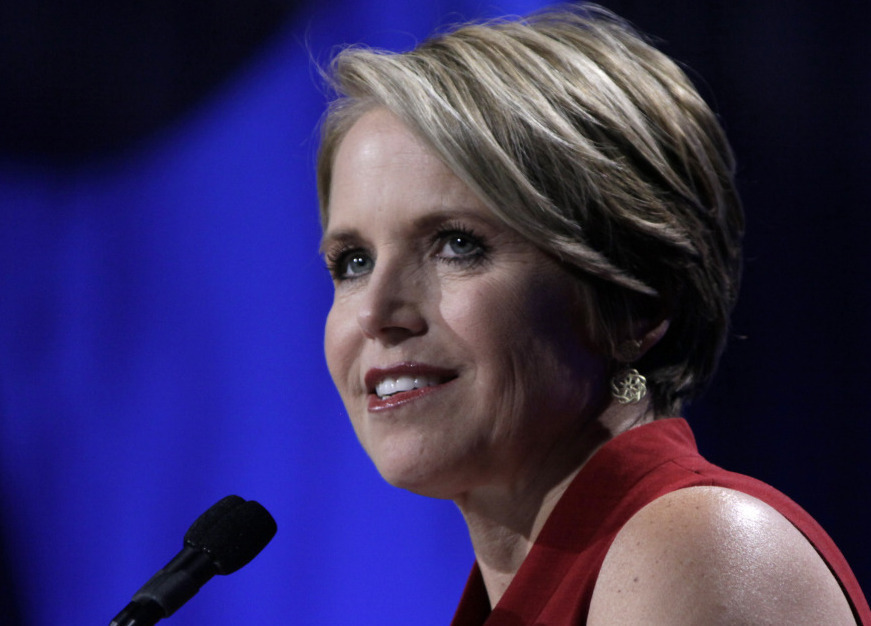 Katie Couric, seen here in 2009, is planning her exit from the CBS Evening News.

CBS News chief anchor Katie Couric is said to be in the final stages of negotiations that will conclude with her departure from the network's signature newscast.

Couric is instead seeking to land a major contract for a daily syndicated television program — like that of daytime talk queen Oprah Winfrey, who just stopped taping her weekday show to create her own network. But Couric's departure inevitably underscores the further diminishment of the role and status of the network anchor.

The deal isn't concluded yet, so the details are not yet in clear focus. Couric made the decision to leave in advance of her current contract's expiration in June; the network has some months to settle on a replacement.

For all that, Couric has not yet decisively cut her ties to CBS. She could stay there to do her syndicated program; extend her contract through next year's presidential election; or appear regularly on CBS News programs such as 60 Minutes or CBS Sunday Morning. (Those details come from colleagues at CBS and a close Couric associate, who would not be named because the negotiations are continuing.)

David Letterman, the host of CBS's Late Show, recently rebuked Couric for her public flirtation with leaving the network. You don't leave a network anchor job, he admonished her. Once you get it, you stay for life.

But for Couric, the prospect of leaving aside the struggles of the past five years holds a strong appeal.

Couric's legacy since taking the job in 2006 is, at best, mixed. Her salary of approximately $15 million a year bestowed on her a celebrity status that distracted people in the industry from the journalism her team did. And after an initial burst of interest, her ratings never rose above a distant third.

That salary also diverted money that could have helped pay for coverage of two wars and, subsequently, the economic collapse of this country; this year, the network has additionally scrambled to cover unexpected crises in Egypt, Japan, Libya, Tunisia and elsewhere.

Couric has also been harshly judged for the show's sluggish ratings. CBS's first-quarter audiences this year are estimated to be at the lowest level in two decades.

CBS Chairman Les Moonves, one of Couric's champions, made clear her salary was no longer sustainable.

But the combined audiences for the newscasts of the big three legacy broadcast networks dropped by more than a third in the past decade. And CBS had been last of the three for a long time before Katie Couric arrived.

The appetite for Americans to watch the news at 6:30 or 7:00 each evening — earlier in the Midwest — waned as commutes lengthened and news cycles diminished. And the expansion of cable news and the explosion of online news and aggregation sites allowed consumers to track news even more immediately elsewhere.

Couric had been a star in morning news at NBC's top rated Today show, which succeeded through a blend of the substantive and the frothy, with an emphasis on the latter. And she instantly sought to refashion the nightly newscast in her own mold, with more airtime for the anchor and more one-on-one interviews. She tells the New York Times in a forthcoming interview that haste was a mistake:

"In retrospect, I would have given people what they were used to, a traditional newscast," she said. "And then as they got to know me and got more comfortable, then I would've started toying with the format and trying new things. I think we were overly ambitious."

Her later work earned praise, however, especially in her interviews with Republican vice presidential nominee Sarah Palin. Her steady questioning style allowed Palin to reveal herself to be uncertain, at times, of her bearing on policy issues and earned Couric a bevy of awards.

It's important to note that Couric was also the nation's first female solo network anchor. Diane Sawyer's ascension to the network anchor job for ABC's World News in 2009 proved far less newsworthy than Couric's appointment just three years earlier. Indeed, what was most remarkable about it was how unremarkable it was. Most of the buzz and speculation about Sawyer concerned how the move would affect Good Morning America, the ABC News morning show that sought, without great effect, to take advantage of a Couric-less Today show.

Not only are the network newscasts no longer the giants of the news business; by some measures, they are no longer the unquestioned leaders of their own networks. Katie Couric found that out — and decided to break free.