Accessibility links
Sea Farmer's Livelihood Destroyed By Tsunami, Threatened By Fear The tsunami that struck Japan destroyed one seaweed farmer's business and left nothing but a bare foundation of the inn she ran. But she is optimistic: "We won't be defeated by this," she says. "I will be very grateful if everyone will enjoy Japanese seafood again as before." 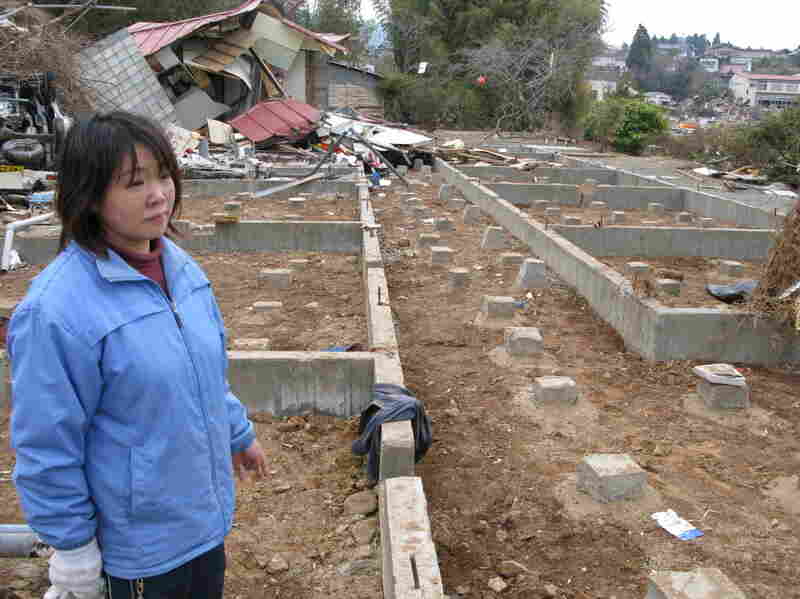 Bare foundation blocks are all that's left of Mitsue Murakami's Big Ocean Hotel after the tsunami ravaged the Pacific coast of Japan. Murakami, who is also a seaweed farmer, says everything was lost, but "we're trying very hard to overcome this hardship." John Burnett/NPR hide caption

Fears about contaminated seafood from Japan are starting to make sushi lovers wary. With radioactive water draining into the sea from the damaged Fukushima reactors, places as varied as Bulgaria and Hong Kong have already restricted imports of Japanese seafood. But experts say the Pacific Ocean is so vast, there is very little threat that marine life would be impacted.

But away from the nuclear facility, the Pacific coast of Japan was devastated by the tsunami. That's where the world's best green seaweed is grown. Just the right temperature, salinity and sunlight combine to produce sanriku wakame — what you see in miso soup.

Japanese seaweed farmers on this coastline are in a world of hurt these days — their livelihoods washed away by the tsunami, and now the reputation of their products threatened by nuclear jitters.

"We have to live day by day," says Mitsue Murakami, a seaweed, scallops and oyster sea farmer on the island of Oshima. It's known as "the green pearl" for its lush pine-covered hills, and lies just off the coastal city of Kesennuma, about 90 miles north of the nuclear reactors. "We won't know for years how much radiation exposure people received. The thing I'm most worried about today is if people stop buying our seaweed and scallops because they're afraid of radiation."

At The Fish Market 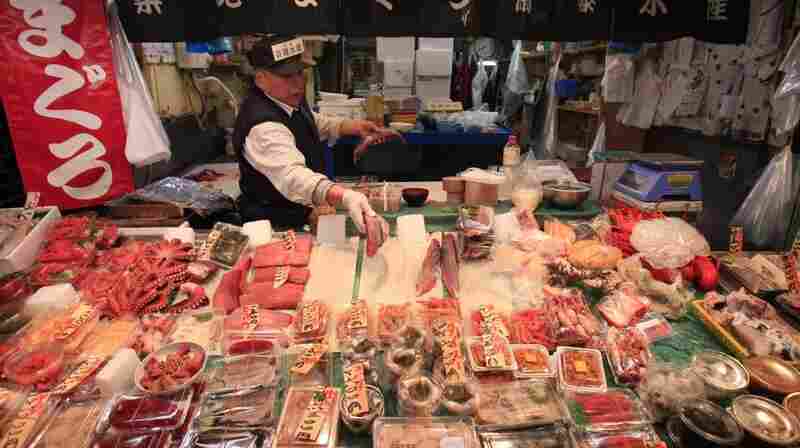 A Tokyo tuna wholesaler adds slices of fish to his stall on March 23. Fish prices have plummeted in Japan amid fears that radioactive material leaking into the ocean. Lee Jin-man/AP hide caption 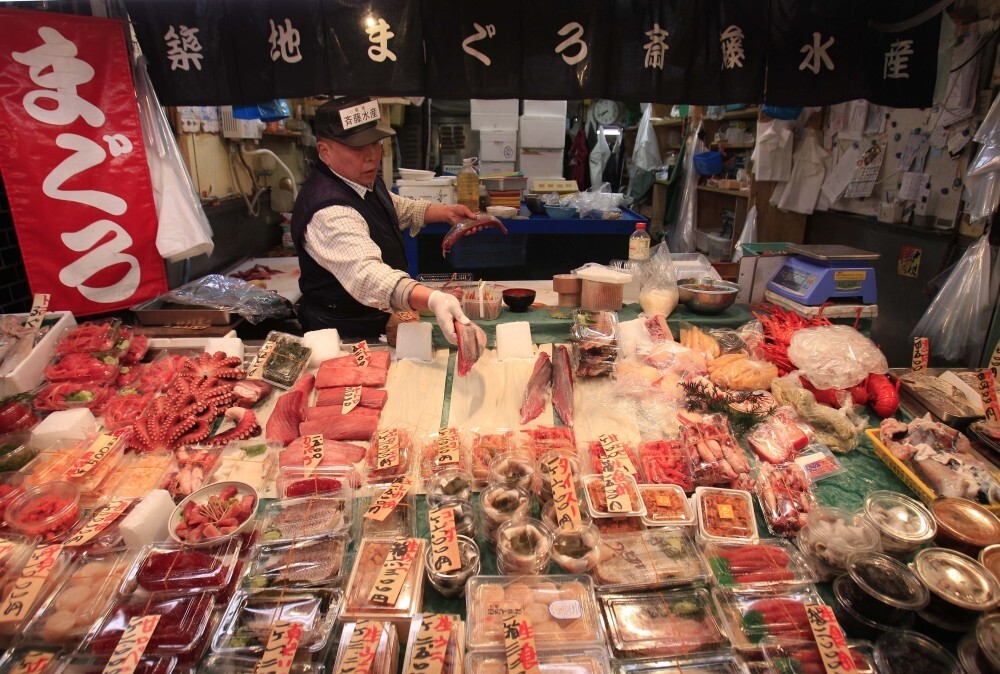 A Tokyo tuna wholesaler adds slices of fish to his stall on March 23. Fish prices have plummeted in Japan amid fears that radioactive material leaking into the ocean.

The tsunami was merciless. It wiped out the fishing fleet of Oshima; the boats are scattered helter-skelter on land, their nets tangled in the tall bamboo. The surge of water also took away her family's 10-room inn, with its romantic vista of the fishing harbor. Thankfully, everyone had run to the hills.

Murakami had a large batch of seaweed drying behind her house that was two days away from shipping to the buyer. The sea reclaimed it.

"Everything was lost," she says with a gentle smile.

Murakami walks around the bare foundation of her inn, called the Big Ocean Hotel. There's literally nothing left. They're not sure if they'll rebuild.

The sea is cruel and generous. She knows she can return to her sea-farming grounds a mile off-shore and grow more seaweed and scallops.

"We won't be defeated by this, and we're trying very hard to overcome this hardship," she says. "I will be very grateful if everyone will enjoy Japanese seafood again as before."