Accessibility links
Crisis Boosts Demand For Some Japanese Companies Some companies are doing a brisk business following the earthquake and tsunami in Japan. Those kept busy by the calamity include an excavation equipment manufacturer and a used car salesman.

As the relief operation in Japan enters its fourth week, business has picked up for a few types of tradesmen.

It is modest, to be sure, because the country is still in the body recovery phase. 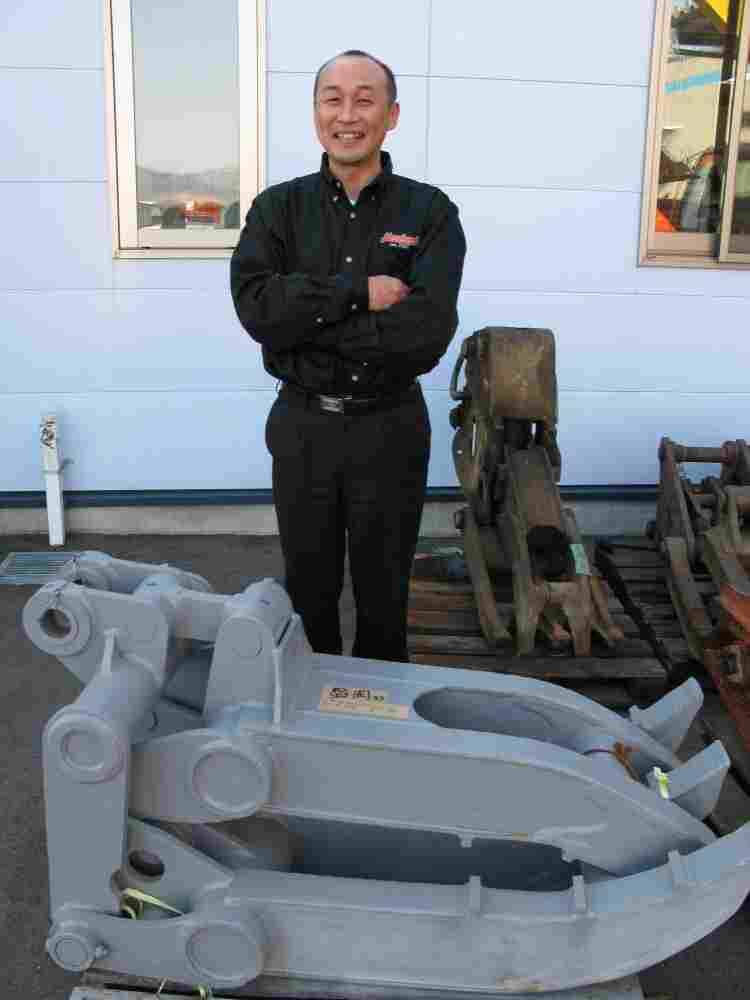 Noboru Takahashi, branch manager of Okada Aiyon in the city of Morioka, Japan, stands in front of a "grapple" used on heavy equipment to recover bodies. They're sold out. John Burnett /NPR hide caption 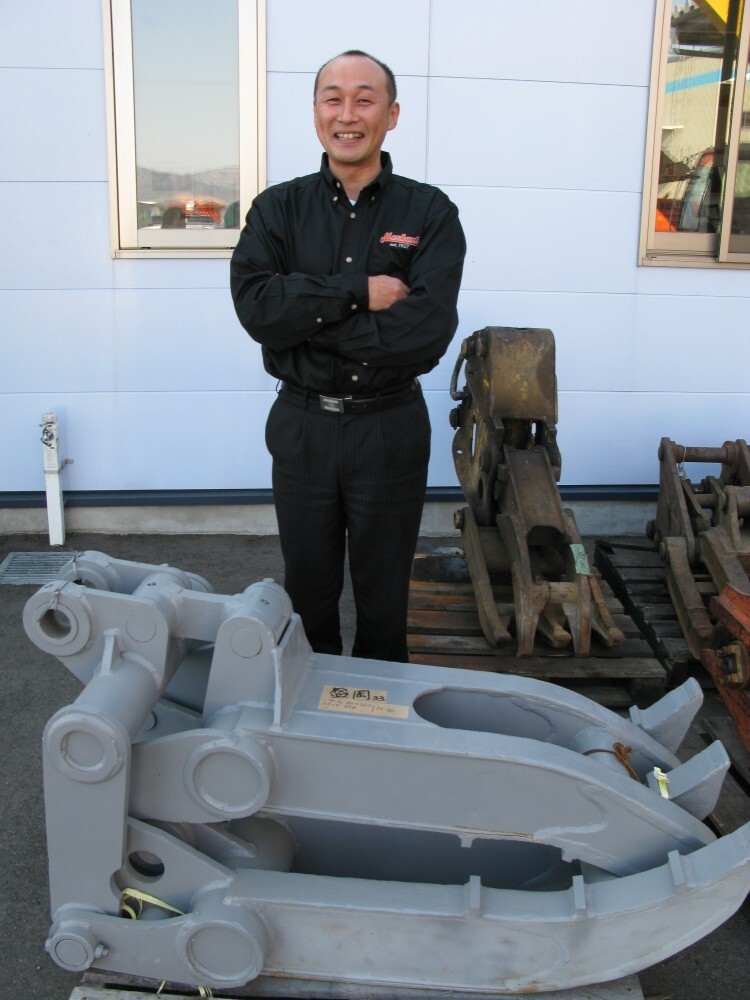 Noboru Takahashi, branch manager of Okada Aiyon in the city of Morioka, Japan, stands in front of a "grapple" used on heavy equipment to recover bodies. They're sold out.

But a calamity on this scale creates certain business opportunities.

One of the busiest companies in northern Japan these days is Okada Aiyon. It manufactures the steel jaws attached to diesel excavators that are removing debris and looking for bodies up and down the coast.

"We can't cover the demand. We're trying to get all the available jaws from all over the country," says Noboru Takahashi, general manager of the branch office in the city of Morioka. His office services the communities of the upper northeast coast that were lacerated by the tsunami.

"We've already sent 40 jaws to the coast and we'll ship another 100," he says. "We're buying used ones everywhere we can find them."

In the shop, mechanics prepare the iron grapples — as they're called — for shipping. Though the company's stock has taken off in the past three weeks, Takahashi says he's putting in long hours because his country needs him in this time of crisis.

"I feel like it's my mission as a Japanese to deliver this equipment as quickly as possible," he says. 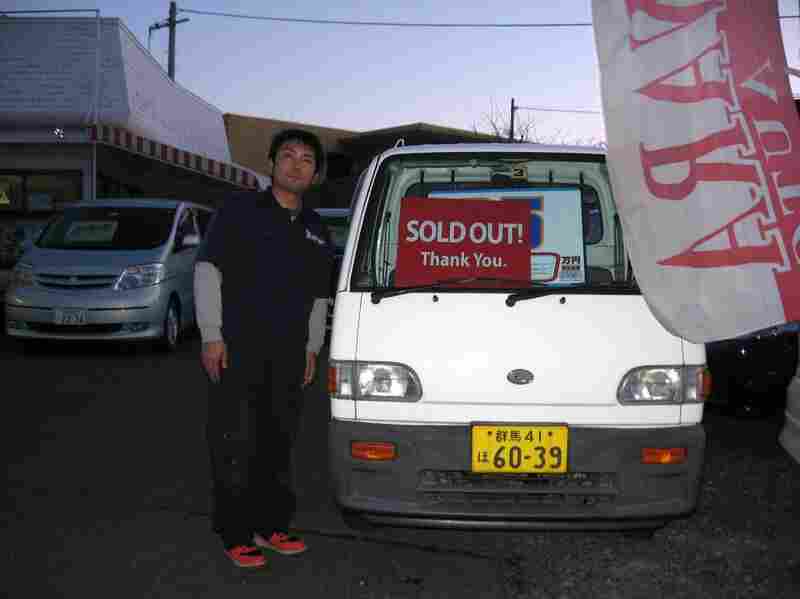 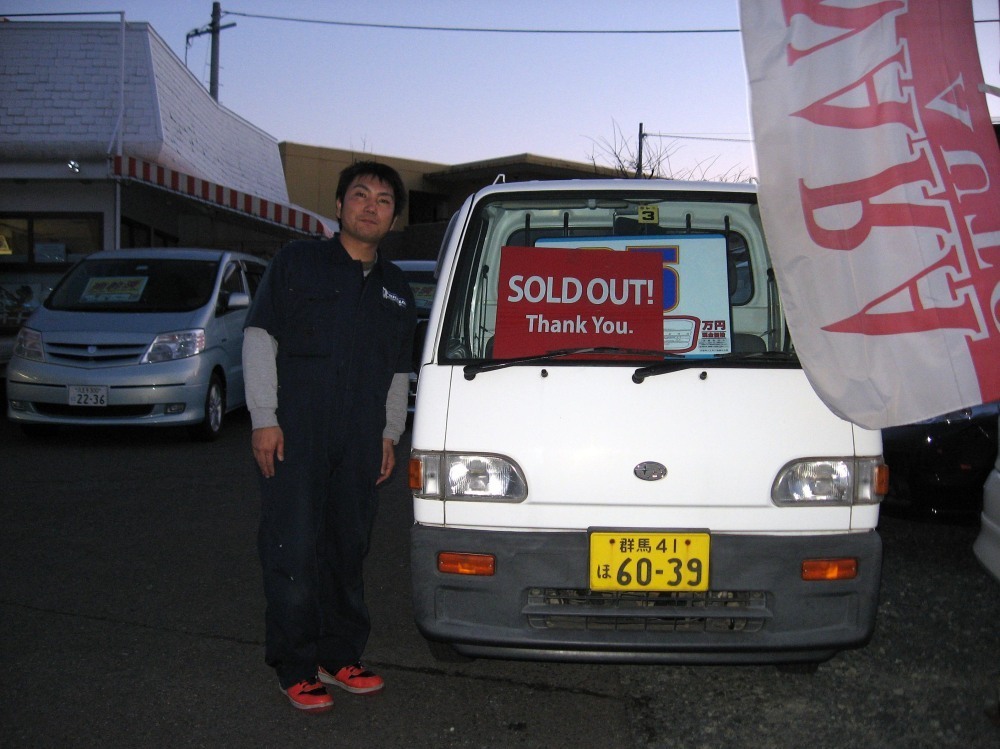 Naoki Sugawara, owner of Sugawara Autos in Morioka, can't find enough lightweight trucks to sell to fisherman who lost their vehicles to the tsunami.

When the sea roared inland, it swept up thousands of cars. And when the wave retreated, it cast them off like so many crushed beer cans.

Naoki Sugawara stands in his used car lot in Morioka beside a "Sold Out" sign. He says these days 80 percent of his customers are coming from the coast to replace their smashed vehicles.

"Before the earthquake, it was mostly young people who were starting a new job and wanted to buy a cool car," he says. "After the quake, I'm selling lots of inexpensive minitrucks that can haul cargo, the kind of truck the fishermen lost."

Sugawara expects to double his sales figures, and he could probably do even better, but he's having a hard time getting vehicles. There's already a waiting list for new cars in Japan because of production and transportation problems caused by the disaster.

Japanese investors looking for tsunami profits quickly bid up the stock of ERI, which stands for Evaluation, Rating & Inspection. It is Japan's largest building inspection company — with 700 employees nationwide.

"The other day, our stock price rose by 70,000 yen before buying was stopped because the climb was too fast," says Minoru Okada, chief of the Morioka office. "If you ask me, I think they're overvaluing our company."

Eventually, ERI will be very, very busy inspecting new construction along the coast. But the expectation of new business is premature.

Traveling through these obliterated communities, one gets the impression that everyone — from newly homeless residents to beleaguered city officials to heavy equipment operators searching for corpses — is still in a state of shock.

Eventually, Japan's big construction companies will move into the tsunami zone and shake off a nationwide slump in the building industry. But nobody knows when that will happen.

Stefan Lippert, a business professor at Temple University's Japan campus, says after the 1995 Kobe earthquake, there was never any question that that important city had to be rebuilt. But that's not the case with the lightly populated northeastern coast.

"We do not know at the moment which city or which village actually will be rebuilt and who's going to pay for that and to what extent it will be rebuilt," he says.

During reporting trips to a half-dozen destroyed cities along the Pacific coast, the only new construction witnessed was the framing of a small apartment house that was washed away in the town of Yamada.

The owner doubtless believes there will be tenants needing rooms when reconstruction begins. Whenever that will be.