Accessibility links
Poetry With An Edge: The Acerbic Wit Of Alan Dugan In honor of National Poetry Month, former poet laureate Robert Pinsky shares the work of one of his favorite writers, Alan Dugan, who died in 2003. Pinksy says Dugan was an amusing, soulful and engagingly nasty poet who sang the truth — often with a splash of high-grade vinegar. 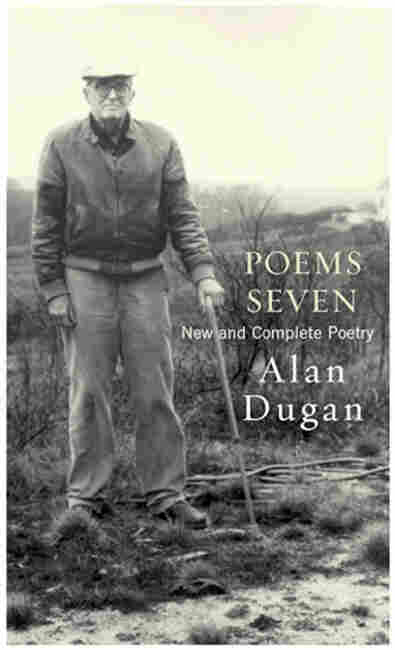 Alan Dugan, who died in 2003, is an engaging and entertaining writer, but do not call him charming. Charm can be an obnoxious quality in writing, when you can tell that the writer is trying to be ingratiating. Dugan, that amusing, soulful and engagingly nasty poet, sings the truth, often with a splash of high-grade vinegar, and if you'd like it a little sweeter, why, then, the hell with you.

Funny and haughty, radical and lyrical, Dugan's poems race nimbly between the vulgar and the classical, as in possibly his best-known poem, "How We Heard the Name."

The river brought down
dead horses, dead men
and military debris,
indicative of war
or official acts upstream,
but it went by, it all
goes by, that is the thing
about the river. Then
a soldier on a log
went by. He seemed drunk
and we asked him Why
had he and this junk
come down to us so
from the past upstream.
"Friends," he said, "the great
Battle of Granicus
has just been won
by all the Greeks except
the Lacedaemonians and
myself; this is a joke
between me and a man
named Alexander, whom
all of you ba‑bas
will hear of as a god."

That poem is about 100 words long. Some writers need that much space to clear their throats; Dugan goes rapidly from plain American speech like "but it went by, it all/ goes by, that is the thing/ about the river" to the Battle of Granicus, the Lacedaemonians and that Alexander who is in many places called "the Great."

But he is never called "the Great" in Dugan's poem — because, you might say, the poet is that drunk-seeming soldier on the log, who addresses us ba-bas from the messy and appalling river of history. The dead horses and dead men are "indicative of war/ or official acts upstream." I like the dirt-plain repeated "dead" and the mocking "indicative of" and the somewhat daffy "ba-bas"; I admire those phrases for their air of freedom, and for the meticulous, shrewd intelligence that crafted that air of freedom. 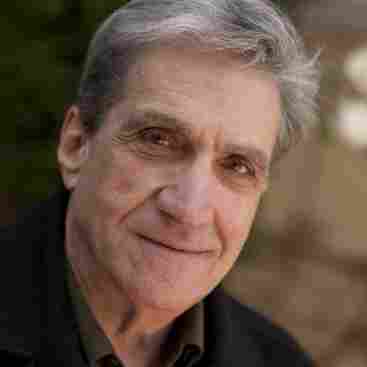 The poem's scorn for euphemism, its horror at official violence, its impatience with bland notions of "greatness" also make it a humane artifact, dignified as well as hard-assed. Dugan respects his readers, and shows his respect by avoiding plausible baloney.

In a similar way, when Dugan looks at nature, he respects the mystery too much to find little morals or uplifting visions. In another poem, "Plague of Dead Sharks," Dugan repeats twice a question that begins with the ordinary, two-syllable expression, "Who knows?"

"Who knows whether the sea heals or corrodes?" is the poem's opening and returns as the next-to-last line, preceding the conclusion, with its combined resolution and wonder, about the ocean: "what the sun burns up of it, the moon puts back."

In some complicated way, the ocean both heals and corrodes, and something like the same applies to the inebriated candor of a soldier floating down the terrible river of history, and to Dugan's book Poems Seven: New and Complete Poetry, astringent, corrosive, entertaining and full of life.

This is this morning: all
the evils and glories of last night
are gone except for their
effects: the great world wars
I and II, the great marriage
of Edward the VII or VIII
to Wallis Warfield Simpson and
the rockets numbered like the Popes
have incandesced in flight
or broken on the moon: now
the new day with its famous
beauties to be seized at once
has started and the clerks
have swept the sidewalks
to the curb, the glass doors
are open, and the first
customers walk up and down
the supermarket alleys of their eyes
to Muzak. Every item has
been cut out of its nature,
wrapped disguised as something
else, and sold clean by fractions.
Who can multiply and conquer
by the Roman numbers? Lacking
the Arab frenzy of the zero, they
have obsolesced: the butchers
have washed up and left
after having killed and dressed
the bodies of the lambs all night,
and those who never have seen blood awake
can drink it browned
and call the past an unrepeatable mistake
because this circus of their present is all gravy.

On An East Wind From The Wars

The wind came in for several thousand miles all night
and changed the close lie of your hair this morning. It
has brought well-travelled sea-birds who forget
their passage, singing. Old songs from the old
battle- and burial-grounds seem new in new lands.
They have to do with spring as new in seeming as
the old air idling in your hair in fact. So new,
so ignorant of any weather not your own,
you like it, breathing in a wind that swept
the battlefields of their worst smells, and took the dead
unburied to the potter's field of air. For miles
they sweetened on the sea-spray, the foul washed off,
and what is left is spring to you, love, sweet,
the salt blown past your shoulder luckily. No
wonder your laugh rings like a chisel as it cuts
your children's new names in the tombstone of thin air.

On An Old Advertisement And After A Photograph By Alfred Stieglitz

The formal, blooded stallion, the Arabian,
will stand for stud at fifty bucks a throw,
but there is naturally a richer commerce in his act,
eased in this instance by a human palm
and greased with money: the quiver in his haunch
is not from flies, no; the hollow-sounding,
kitten-crushing hooves are sharp and blind,
the hind ones hunting purchase while the fore
rake at the mare's flank of the sky.
also, the two- or three-foot prick that curls
the mare's lip back in solar ectasy
is greater than the sum of its desiring:
the great helm of the glans, the head
of feeling in the dark, is what spits out,
beyond itself, its rankly generative cream.
After that heat, the scraggled, stallion-legged foal
is not as foolish as he acts: the bucking and
the splayed-out forelegs while at grass
are practices: he runs along her flank
in felt emergencies, inspired by love to be
his own sweet profit of the fee and the desire,
compounded at more interest than the fifty in the bank.

Love Song: I and Thou

Nothing is plumb, level, or square:
the studs are bowed, the joists
are shaky by nature, no piece fits
any other piece without a gap
or pinch, and bent nails
dance all over the surfacing
like maggots. By Christ
I am no carpenter. I built
the roof for myself, the walls
for myself, the floors
for myself, and got
hung up in it myself. I
danced with a purple thumb
at this house-warming, drunk
with my prime whiskey: rage.
Oh I spat rage's nails
into the frame-up of my work:
it held. It settled plumb,
level, solid, square and true
for that great moment. Then
it screamed and went on through,
skewing as wrong the other way.
God damned it. This is hell,
but I planned it, I sawed it,
I nailed it, and I
will live in it until it kills me.
I can nail my left palm
to the left-hand crosspiece but
I can't do everything myself.
I need a hand to nail the right,
a help, a love, a you, a wife. 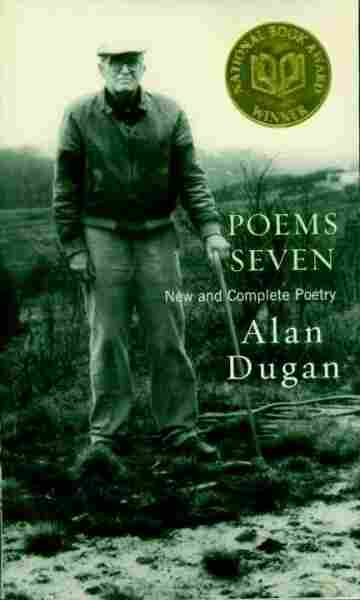 by Alan Dugan and Carl Philips