Accessibility links
Fla. Pastor Does Not Plan To Burn More Qurans Terry Jones made headlines last year when he announced — and then called off — plans to publicly burn a copy of the Muslim holy book. But on March 20, he actually did it — and though it drew little media attention at the time, it's since sparked protests in Afghanistan that have claimed 20 lives. 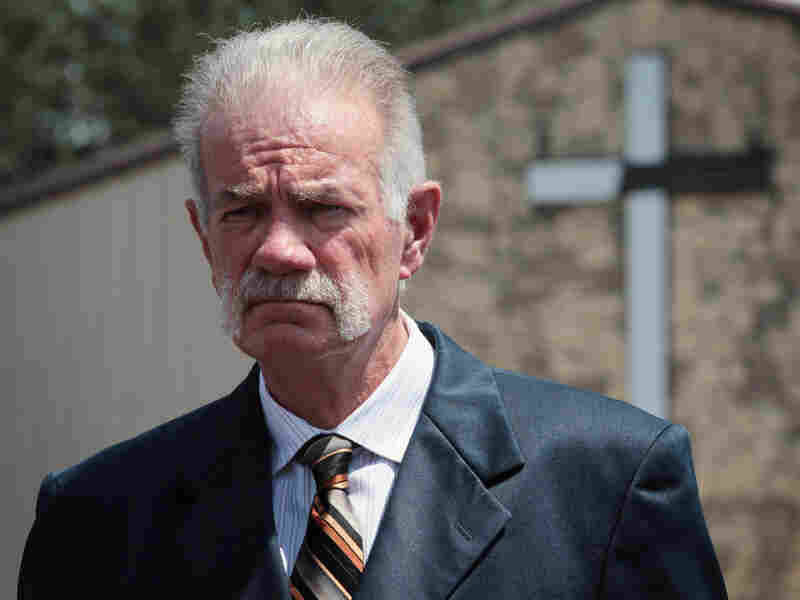 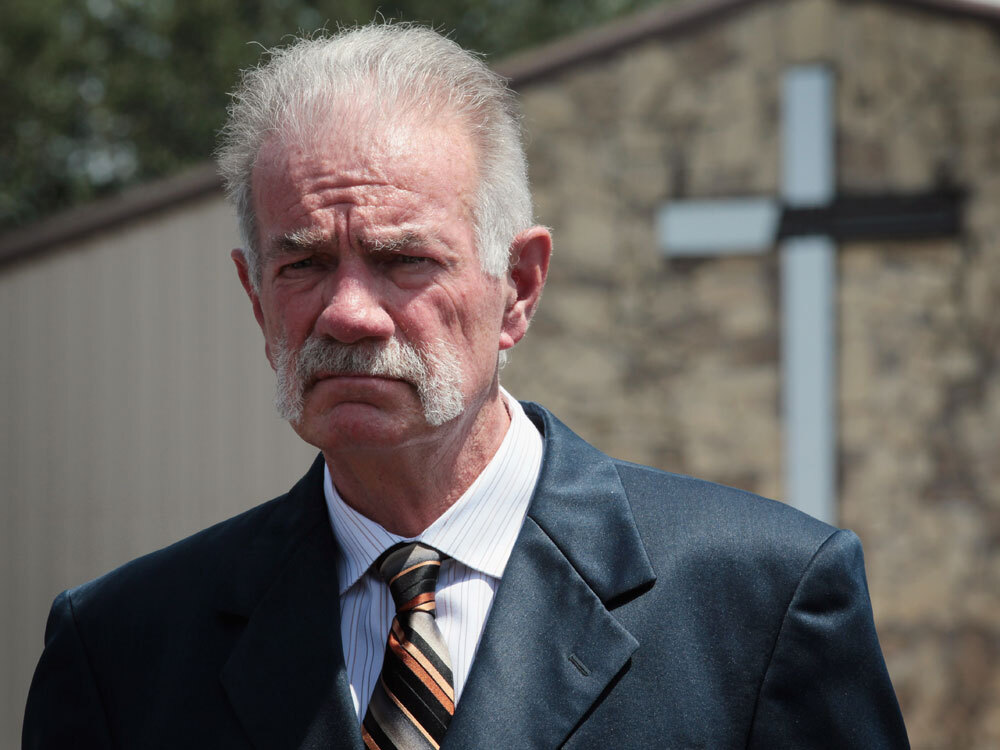 The pastor of a Florida church says he does not plan to burn any more Qurans — but Terry Jones has said that before.

Jones first made headlines around the world last September, when he announced — and then called off — plans to publicly burn a copy of the Muslim holy book at his church in Gainesville, Fla. But on March 20, he actually did it — and though it drew little media attention at the time, it has since sparked protests in Afghanistan that have claimed 20 lives.

Jones' event was markedly different from the scene outside his church last year, when reporters, cameras and satellite trucks made him a dubious worldwide celebrity — at least for a while.

To make sure the word got out, Jones' church, the Dove World Outreach Center, videotaped the event and put it up on its website. It was a mock trial, complete with a prosecutor, a jury of church members and a judge played by Jones himself. The charges: "The Quran is charged with death, rape, torture of people worldwide whose only crime is not being of the Islamic faith."

At the conclusion of the trial, Jones and his jurors pronounce the Quran guilty, and a kerosene-soaked copy of the holy book is placed on a barbecue grill and set aflame.

Jones says he did it to raise awareness about the nature of radical Islam and was surprised when it attracted little notice at first. A few days later, however, the small flame Jones lit in Gainesville was kindled into something much larger half a world away.

Afghan President Hamid Karzai strongly condemned the act, leading to a series of protests in Afghanistan that have claimed more than 20 lives, including those of seven U.N. employees.

Jones says he feels no responsibility for those deaths.

"I think it does the people who were killed a great injustice to even indicate that," he says. "Because what we're actually doing, then, we are sending a clear message to the radical element of Islam saying, on one side, what you did was wrong, but after all, you were provoked ... thus making it not so wrong."

Jones says he has no desire to be part of an anti-Islam movement in the U.S. and respects the right of moderate Muslims to practice their religion here.

But that's not how Muhammad Musri, an imam with the Islamic Society of Central Florida, sees it. Musri spent two days last September trying to convince Jones to cancel his plans to burn the Quran. He says Jones has become the most visible leader of a larger movement of what he calls anti-Islamic hate groups.

"He enjoys the spotlight," Musri says. "He has nothing else to do but promote his book and to really show himself as a Christian leader who is quote-unquote leading the charge against Islam."

Some of those anti-Islamic groups are organizing a protest later this month near America's largest mosque in Dearborn, Mich. Michigan Muslim leaders asked Jones to stay away. He says he's going anyway but has no plans to burn any more Qurans.

"It has been judged," Jones says of his video trial. "I think that it was a fair trial so there's actually no need to do that again, and no plans to do that."

In Afghanistan, at least for now, the deadly violence appears to have abated. But in this country, Jones' actions have raised questions about what constitutes responsible free speech. Republican Sen. Lindsey Graham said on CBS Sunday Morning that that's an issue he plans to take up in Congress.

"I wish we could find some way to hold people accountable," he said. "Free speech is a great idea, but we're in a war. During World War II, you had limits on what you could say if it would inspire the enemy."

Meanwhile, a Pakistani group with ties to terrorism has put a $2.2 million price tag on Jones' head. And in Dearborn, authorities say they're aware Jones has received death threats related to his planned protest there — and are considering whether to issue a demonstration permit.