Accessibility links
Suffering In The Congo 'Seems To Be Anonymous' The Congo will be holding elections later this year, with hopes of creating a central government that can finally achieve peace after 15 years of war that left more than 5 million dead. Author Jason K. Stearns says "it's very difficult to get people to care about complex suffering that's so far away."

Suffering In The Congo 'Seems To Be Anonymous'

Suffering In The Congo 'Seems To Be Anonymous' 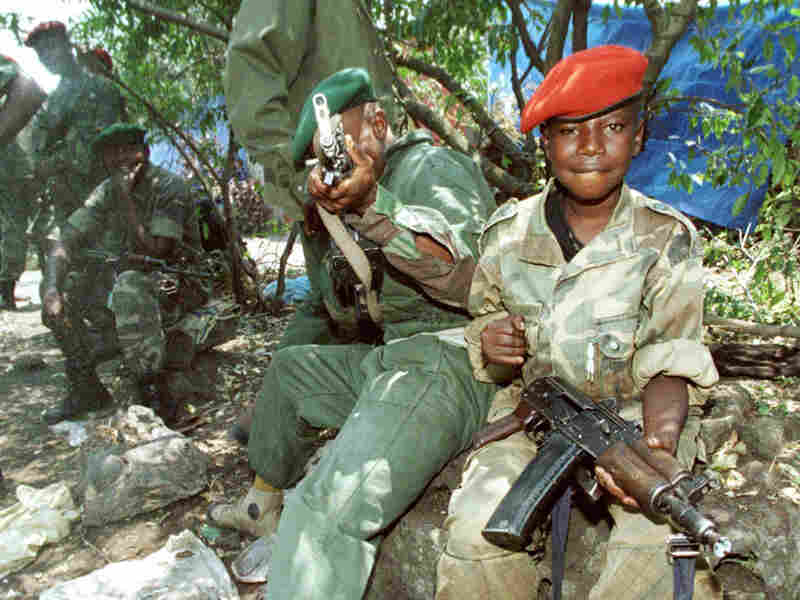 During the past 15 years, the Democratic Republic of the Congo has been ravaged by a series of wars that have left more than 5 million people dead and at least 2 million more displaced.

The central African nation has become one of the deadliest killing fields seen since the end of World War II. Yet the series of Congolese conflicts has drawn less attention in the U.S. and Europe than mass slaughters in places such as Darfur and Rwanda that resulted in far fewer deaths.

The wars in Congo have their roots, in fact, in the Rwandan genocide. More than a million Rwandans fled into Congo in the wake of the slayings in 1994 — alongside thousands of killers. The Rwandan army, joined by other outside forces, eventually entered the Congo in pursuit of genocidaires and helped overthrow Mobutu Sese Seko, the Congo's longtime dictator, in 1997.

But Mobutu's successors have not succeeded in setting up an effective central government. In time, the armies of nine nations fought on Congolese soil, both with and against dozens of armed groups within the country, creating a bitter mix of revenge killings, corruption, ethnic hatreds and warlordism.

As the Congo prepares for presidential and parliamentary elections this November, NPR spoke with Jason K. Stearns, an expert on the country who is working on a doctorate in political science at Yale University. Stearns has worked for both the United Nations and local human-rights groups in the Congo.

He has just published Dancing in the Glory of Monsters: The Collapse of the Congo and the Great War of Africa, a lucid and sobering history of the nation's recent conflicts.

Recently, questions have been asked repeatedly about why the U.S. and other powers intervened in Libya but not in other countries convulsed by violence, including the Congo. What are your thoughts about the different responses?

Stearns: Obviously, politics matter a lot, and national interests. But framing matters a lot, too. Libya came on the heels of Egypt and Tunisia. It was part of a more general story and people were made to care. There was a hypothetical massacre that was going to happen in Benghazi. There was a lot of pressure to do something about this.

But there are new statistics that will be coming out soon that over the course of a year in the Congo, 400,000 women were raped. That's not hypothetical; those are statistics in a study carried out by academics with funding from the U.S. government.

When the Congo does pop up on the radar, the suffering seems to be anonymous, with an equally anonymous perpetrator. At the moment, there are over 30 different armed groups active in the Congo, and they're all abusive. And the government is abusive as well.

Do you think that kind of complexity is the reason the Congo receives less attention than places like Libya or Darfur?

If you can point your finger at who has direct responsibility, it's much easier to craft the story and make people care. Whereas if it's a mess and it's difficult to detect the heroes or the villains, it's going to be much more difficult to sell that story if you're a journalist or even a diplomat or aid worker.

Secretary of State Hillary Clinton did address the problem of mass rape in eastern Congo last summer. What has been the impact of that?

Many people in the State Department seem to be genuinely seized by the issue. You've had numerous people out in the field working on different initiatives.

But there were all these different departments involved and that had almost a counterproductive effect, in that lots of people were doing little projects and there was no comprehensive strategy. People in the U.S. government care, but this has not yet translated into a coherent overall strategy, a larger political push that would lead to reform in the Congo.

The Congo will be holding elections this fall — one of an unusual number of elections being held in Africa this year. How do you think the upheaval in the Arab world might affect elections in sub-Saharan Africa and how incumbents will prepare for them? 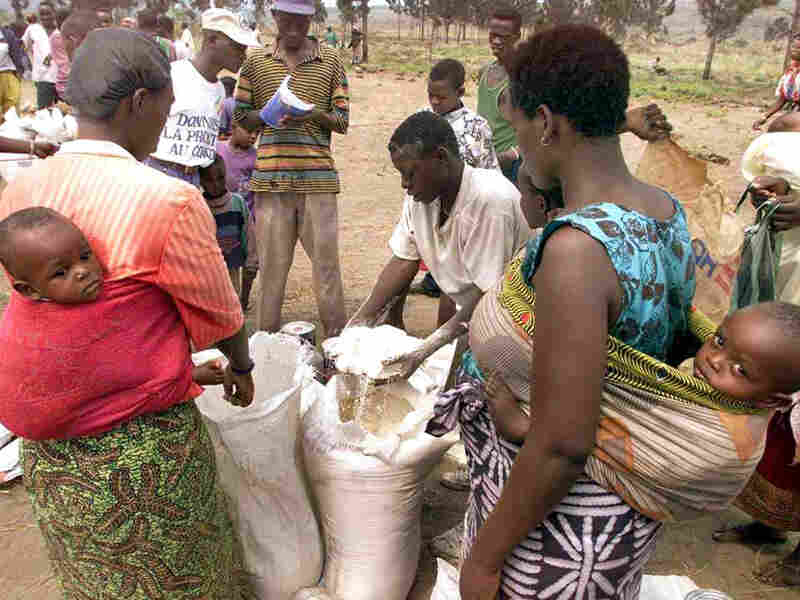 In this Aug. 27, 1998, photo, families from Rwanda await distribution of food at the Kingtele refugee camp near Brazzaville, Congo. At the time, the camp hosted more than 4,000 Hutu refugees who feared the arrival of Tutsi rebels on the other side of the Congo River. Jean-Philippe Ksiazek/AFP/Getty Images hide caption

It's not the first time an African leader has thrown out the results of an election, but this time, not only did the U.N. and the Western states stand firm, but the countries in the region and the African Union stood firm, with concrete sanctions on the regime.

That happened months ago and it sent a shock through the Congolese political situation. Then, on Monday, the U.N. made it clear it would take sides and fire on the [President Laurent] Gbagbo positions. This was unprecedented in Africa.

There has been no reliable polling in the Congo but [President Joseph] Kabila is widely seen as not very popular in the country. The incumbent stands a good chance of losing free and fair elections. That obviously brings with it great risks and there hasn't been enough focus on that.

The Congo is a country that has suffered both from internal strife and interference by outside groups, not to mention its brutal colonial past. But what can other countries do to help it become more stable?

There's no silver bullet. It's a complex problem that has an enormous amount to do with institutional failure. We see in Afghanistan, a country where we have devoted a large amount of capital, the difficulty for foreigners trying to intervene and set up a stable government.

But the U.S. and the foreign community need to invest serious resources into promoting comprehensive reform in the Congo that creates institutions that are not only more professional but accountable — creating a state that is interested in protecting its citizens, rather than preying on them. That's a generational change that is maybe going to come in 20 years, not one.

This requires an enormous amount of political and financial capital. The only way the U.S. is going to get involved is if people in the U.S. see this as a humanitarian or moral issue in which we need to get involved. But it's very difficult to get people to care about complex suffering that's so far away.