Accessibility links
Telekinesis On World Cafe : World Cafe Seattle's Telekinesis sings songs full of dark tales, but they come off as a sugary rush of power pop. Hear the band perform a new song and tunes from its sophomore album, 12 Desperate Straight Lines. 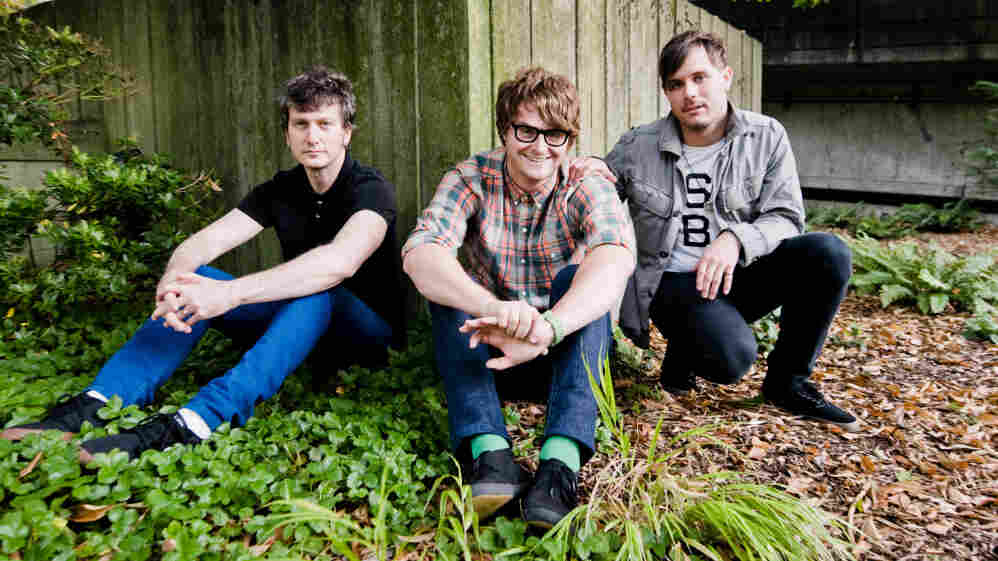 Hailing from Seattle, Michael Benjamin Lerner, the brains behind the band Telekinesis, knows a thing or two about brightening up rainy days. So even though his songs are full of dark tales, he manages to turn them into unsuspecting pop hits. After releasing his upbeat debut album, Telekinesis!, in 2009, Lerner was instantly recognized for his songwriting prowess and ability to play drums and sing simultaneously in live performance. His debut demonstrated a gentle, acoustic side to his sound, but Lerner was unsure of where to take his music next.

Lerner decided to pick up the bass and began writing the hook-laden tunes that appeared on his sophomore album, 12 Desperate Straight Lines. Wanting to capture varied emotions through each song, he designated no more than a day to each one, the result being a collection of tunes about lonliness, heartache and dysfunction — everything you would expect on a forlorn, acoustic album. Lerner, however, bundled up these experiences and cast them straight into a power-pop party.

Lerner kicks off this session with "Feels Like a Film," a song written during the 12 Desperate Straight Lines sessions that didn't make it on to the album.