Accessibility links
Feds Launch Inquiry Into Sexual Harassment At Yale The Department of Education's Office for Civil Rights is investigating whether Yale University has failed to properly respond to complaints of sexual harassment and assault. The inquiry comes as the office issues new guidelines on colleges' responsibilities for responding to sexual violence. 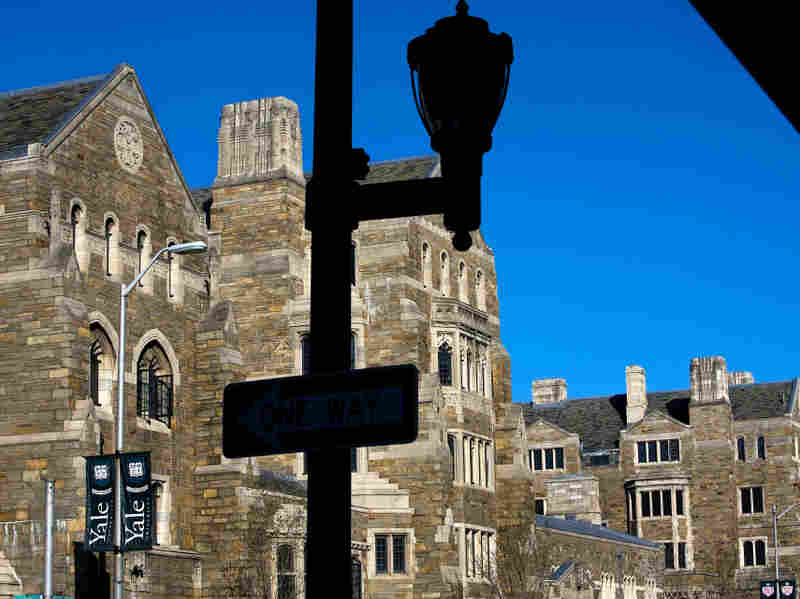 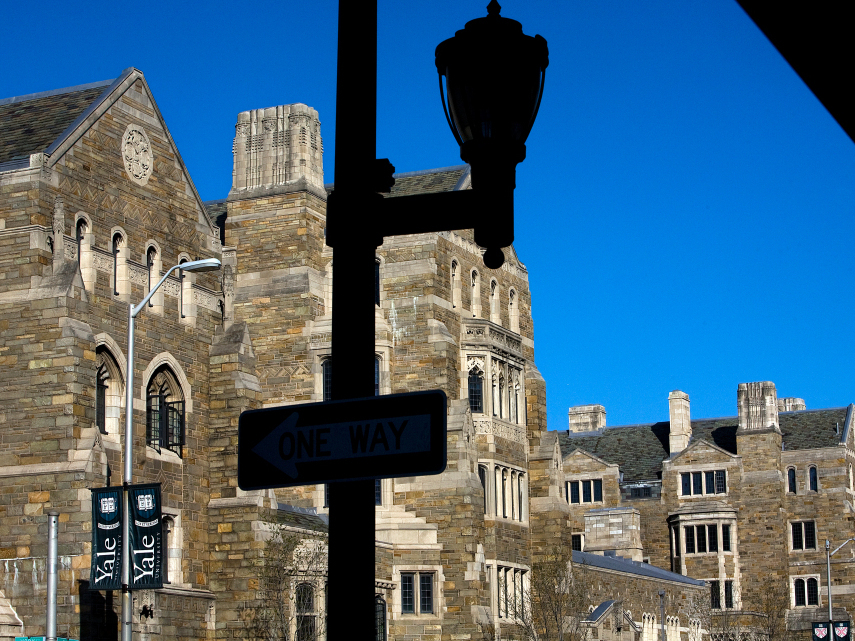 Federal authorities are investigating whether Yale University has failed to effectively handle complaints of sexual harassment and assault.

Warning: There is language in this story that some people may find objectionable.

Federal authorities are investigating whether Yale University has failed to effectively handle complaints of sexual harassment and assault.

Vice President Biden announced the federal guidelines during an April 4 speech at the University of New Hampshire. He said when it comes to sexual abuse, it's quite simple.

The incident was posted on YouTube, and, according to Yale junior Alexandra Brodsky, is just the latest in a string of female harassment incidents on the Ivy League campus.

"The year before that, members of the fraternity Zeta Psi held a sign up in front of the Yale Women's Center that read 'We Love Yale Sluts,' and Yale took a very long time to make any statement on what had happened," Brodsky says.

Brodsky is one of 16 current and former Yale students who filed a complaint with the Department of Education's Office for Civil Rights, describing a sexually hostile environment on campus. There's also testimony by students who allege the university failed to respond appropriately to personal incidents of sexual violence.

Yale officials declined to be interviewed for this story but say the university will cooperate with the federal investigation. In a statement Yale released on April 1, the school said, "Sexual misconduct is a serious issue on many of our nation's campuses."

S. Daniel Carter of the nonprofit Security On Campus says that's why Washington is clarifying for schools their legal obligations.

"It's very important for institutions to not make it more difficult than it needs to be to protect their campuses from potential predators and to protect victims from re-encountering their assailants, which causes a hostile environment and all too often forces the victim to be the one who leaves school or loses out on educational opportunities," Carter says. "And that's the central crux of Title IX and why it applies here."

Title IX is the landmark civil rights law that says schools receiving federal money cannot discriminate against women. According to the Justice Department, 1 in 5 college women will become a victim of rape or attempted rape. But student perpetrators often face little or no punishment from school administrations. It's the job of the Education Department to regulate those administrations.

"The Department of Education has awakened from a long slumber. Now they're intervening using very big sticks, the biggest sticks they have to get people's attention and to change the culture," Lake says.

"They're culpable because they haven't responded appropriately. There's a feeling that we live in this space without any sort of responsibilities to each other sexually, without any repercussions to these actions," Brodsky says.

Investigators begin interviews at Yale in the coming days. The federal inquiry is expected to last six months.