Accessibility links
Glenn Beck's Show On Fox News To End After a little more than two years with the network, provocative Fox News personality Glenn Beck has announced he'll be leaving this year. The press release was polite, but we now know the answer to the question of whether it's possible to be too incendiary even for Fox News — yes it is. 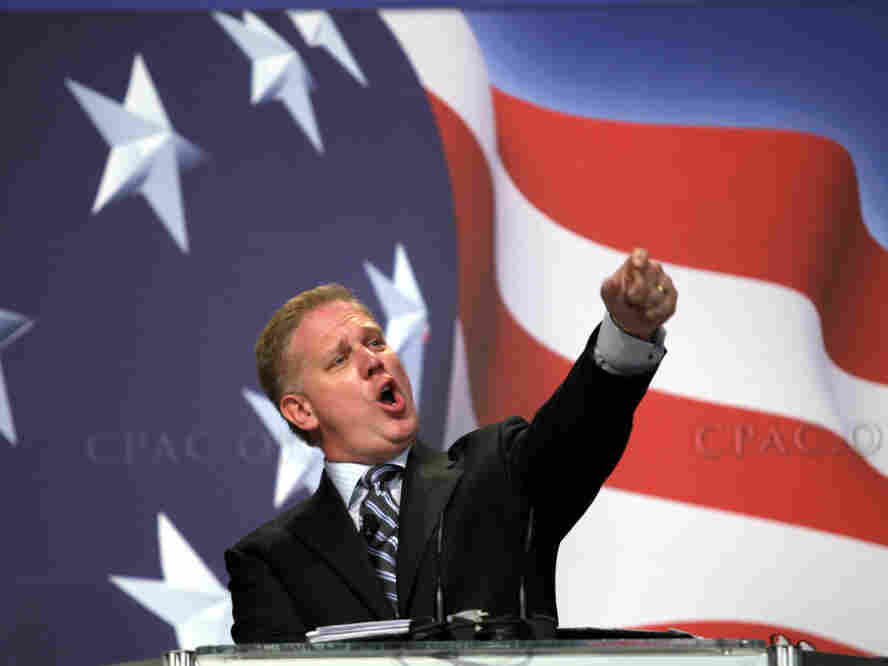 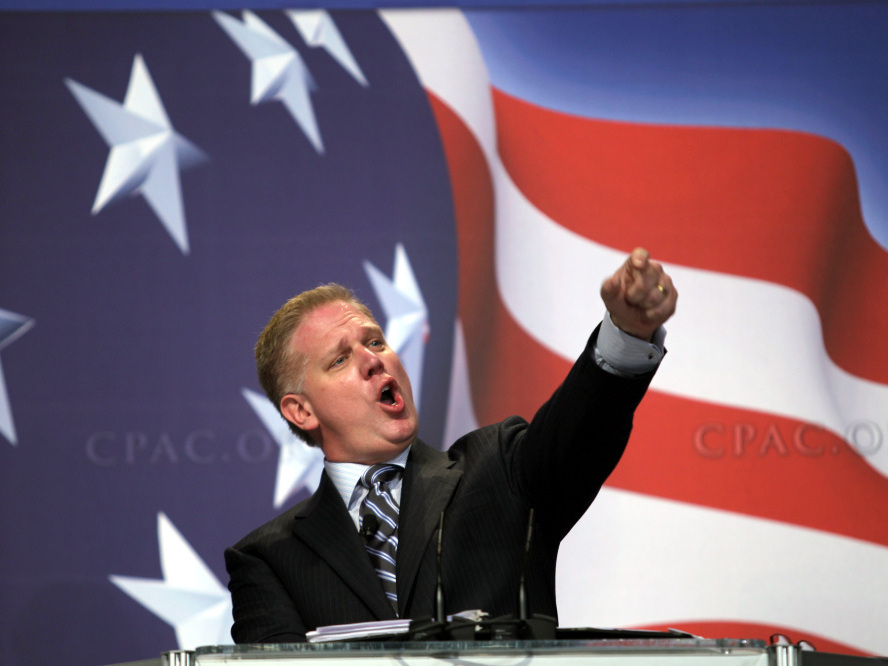 TV and radio host Glenn Beck announced Wednesday that he will end his talk show on the Fox News Channel later this year.

At long last, we have an answer to the enduring question: Is it possible for someone to be too incendiary, even for the Fox News Channel?

And the answer is yes.

Glenn Beck's daily spot on the nation's leading cable news station is coming to a close little more than two years after his start on Fox News. While his contract runs through December, his show is not expected to last that long.

Beck's weekday arrival at Fox News in January 2009 — his show debuted the day before President Obama's inauguration — took Fox on a roller-coaster ride. He embarked on a run that incorporated conspiracy theories, wild-eyed accusations and predictions of doom.

Over the past year, however, his ratings were declining and protests led to the withdrawal of hundreds of advertisers.

The announcement included praise for Beck from Fox News Chairman Roger Ailes and the promise that Mercury Arts would continue to develop projects for Fox News and its digital platforms.

Beck and Ailes declined to comment to NPR. But in a joint interview the two men conducted with The Associated Press, Beck said he had sought out his boss' presence in January to see if he could play a role at the network that did not include his evening show.

"Half the headlines say he's been canceled," Ailes told the AP. "The other half say he quit. We're pretty happy with both of them."

There's a lot more important news than, 'What's the big fat chunky guy doing for his future?' When I took this job, I didn't take it because it was going to be a career for me.

Fox's senior vice president for development, Joel Cheatwood, long Beck's strongest champion at the network, will join Mercury Radio Arts later this month and serve as a liaison to Fox.

On Wednesday, Beck dismissed the importance of his departure.

"There's a lot more important news than, 'What's the big fat chunky guy doing for his future?' " Beck told viewers. "When I took this job, I didn't take it because it was going to be a career for me."

He then compared himself to Paul Revere.

But for a day, the news about the "chunky guy" brought the media world to a halt.

Beck had previously won relatively impressive ratings as a conservative talker at HLN, CNN's sister station. On Fox, he was a whirlwind.

Early in 2009, Beck said FEMA under Obama intended to create concentration camps — though he admitted he had no proof and later said he had disproved the claim.

That summer, he told viewers of the morning show Fox & Friends that Obama had a "deep-seated hatred for white people" — and then, when pressed, Beck followed up by calling him "a racist."

That triggered boycotts of the show's advertisers. Hundreds of thousands of people protested through such groups as the liberal online advocacy organization Color of Change.

"They essentially asked advertisers ... did they want their brands associated with this kind of rhetoric — both being divisive and being deceitful on the part of someone like Glenn Beck?" said James Rucker, Color of Change's executive director.

Rucker praised the news of Beck's departure, though it was tempered by the announcement there would be some continuing relationship between Beck and Fox News.

During the height of the Tea Party angst over Obama's ambitious agenda, Beck's audiences exceeded 3 million viewers a night.

But advertisers peeled away — several hundred in all. Some of the commercials that did air peddled gold for hoarding and seeds for crop staples, presumably in case the nation were to fall utterly apart.

And his ratings have dropped 40 percent from their peak.

Bill O'Reilly can be belligerent, even slashing; Sean Hannity a bruising and unwavering conservative. There was nothing on Fox to rival Beck.

He targeted Democrats, liberal interest groups and the media — often with an apocalyptic tint.

Last fall, after blaming the liberal billionaire financier George Soros for market crises in several countries, Beck said people in Thailand were saying Soros "sucks the blood of people." Additionally, he said Soros had collaborated with Nazis as a teenager in his native Hungary during the Holocaust, and he called Soros the puppet master — even going so far as to build an actual stage to underscore his point.

That led Deborah Lipstadt, one of America's pre-eminent scholars of the Holocaust, to accuse Beck of classic anti-Semitic rhetoric. More recently, Beck has warned that protests in the Middle East will lead to a new Islamic caliphate.

In February 2009, Beck told NPR that he had warned Fox executives what was ahead. "Before I started, I thought it was only fair to try to grab a few minutes with Roger Ailes and say, 'You may not want to hire me, because I ain't gonna shut up,' " Beck said. " 'The things that I unfortunately believe will make your heart pound a little harder.' "

Fox News sees itself as making new stars, not signing existing ones to big contracts. But Beck saw himself as bigger than the network. He not only has a radio show but created his own production company, Mercury Radio Arts, through which he does a traveling concert show. He even staged a rally last August on the same day and spot as Martin Luther King Jr.'s "I Have A Dream" speech, 48 years later. And he created the Blaze, a conservative news and aggregation site modeled after the Huffington Post.

His colleagues at Fox wondered whether any of that would have been possible had he not had an enviable slot on their network. Beck will now get to test his theory — and find out what life is like after Fox.