Accessibility links
Collins Values Approachable Poetry, Not Pretension Billy Collins, former U.S. poet laureate, thinks too many poets show off — writing obscure verses that turn many readers off. In his latest collection, Horoscopes For The Dead, Collins strives to write poetry that all readers can appreciate. 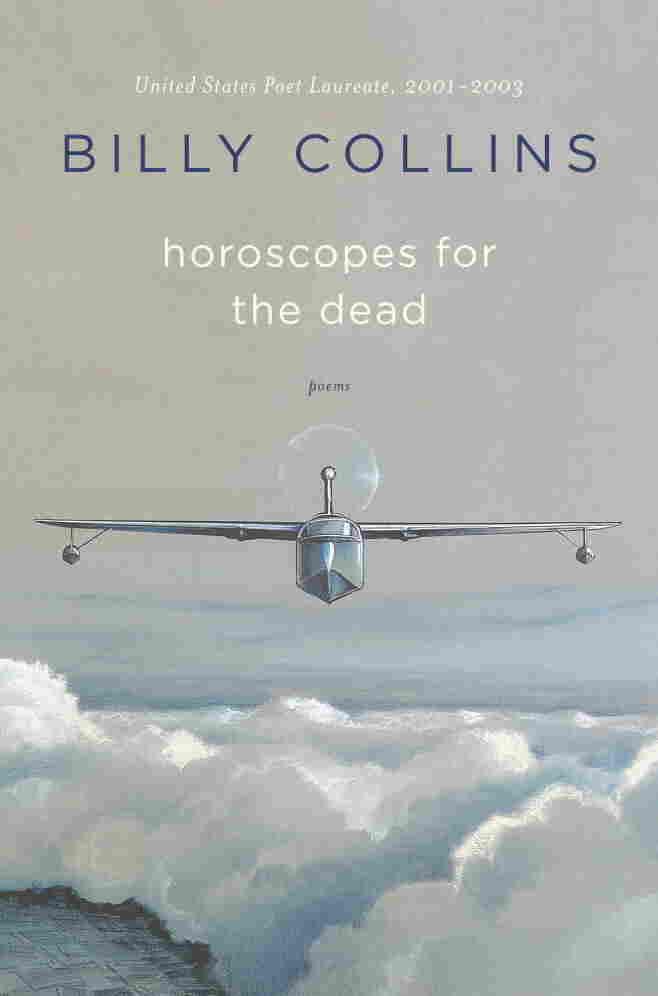 Billy Collins, former U.S. poet laureate, thinks too many poets show off — writing obscure verses that turn many readers off. In his latest collection, Horoscopes For The Dead, he strives to write poetry that all readers can appreciate. "The last thing I want to do/ Is risk losing your confidence/ By appearing to lay it on too thick," he writes in "Bread And Butter."

"I think my poems are slightly underrated by the word 'accessible,'" he tells NPR's Neal Conan. That word has become "like nails on a blackboard" to him. But access is still essential to his craft. "It's a way of getting a reader into the poem," he says, but once they get there, he hopes to move them into worlds that are "a little more challenging, a little more hypothetical, and finally, a little more mysterious."

Collins has sold more than one million books of poetry. He says radio has been instrumental in building his audience. "Radio is such a perfect medium for the transmission of poetry, primarily because there just is the voice, there's no visual distraction," he says.

But there's also the appeal of the unexpected — it's unusual to hear poetry on the radio. "Listeners are kind of ambushed ... if a poem just happens to be said when they're listening to the radio," says Collins. "The listener doesn't have time to deploy what I call their 'poetry deflector shields' that were installed in high school — there's little time to resist the poem."

He also believes readers crave "a mixture of clarity and mysteriousness," which they find in his work. On one end of the spectrum, he thinks poems that are perfectly clear are "a little flat." But on the other end, too much mystery can render a poem inscrutable. "I'm trying to write poems that involve beginning at a known place, and ending up at a slightly different place," he says. "I'm trying to take a little journey from one place to another, and it's usually from a realistic place, to a place in the imagination." 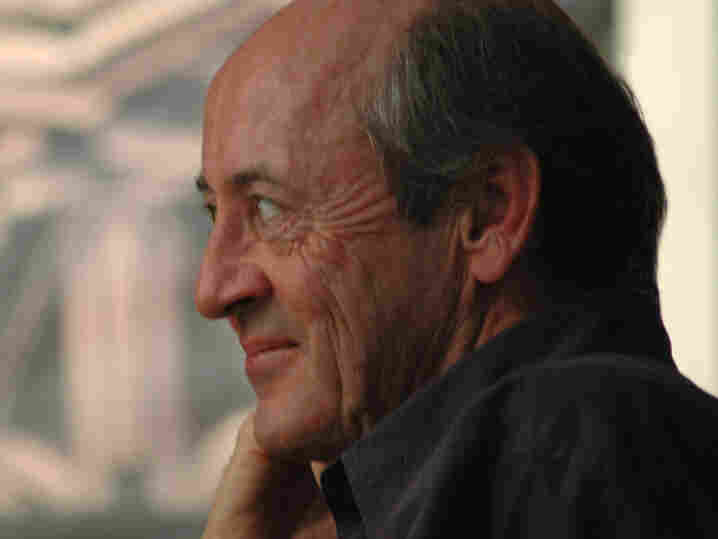 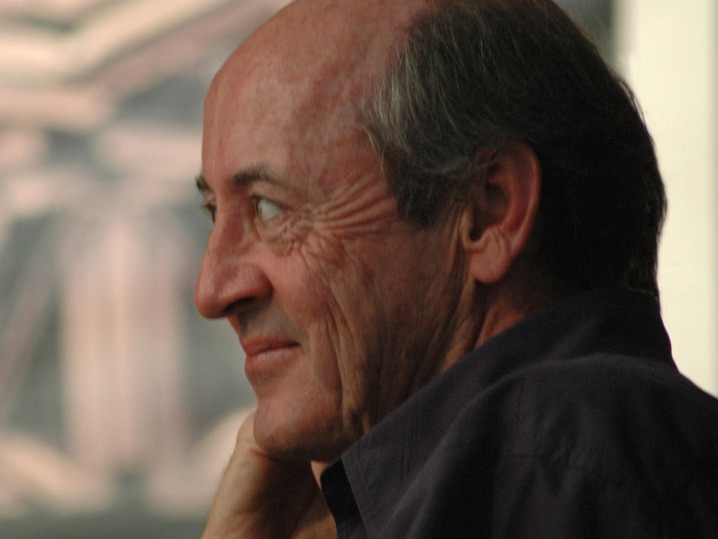 Billy Collins served as Poet Laureate of the United States from 2001-2003.

Collins says he is often asked why "no one" reads poetry anymore. He thinks part of the problem is that the audience for poetry is comprised largely of other poets. "Everyone at a baseball game isn't a baseball player," he points out, so everyone at a poetry reading needn't be a poet. Breaking that circle, he says, would help poets find larger followings.

He also thinks former students have "lingering anxieties" about poetry. Teaching of poetry, bound as it is to the teaching of critical analysis, is the culprit. In what he admits is a cynical interpretation, he believes that to some extent, teachers "teach difficult poetry because it ensures their usefulness as people standing between the reader and the poem" who help with interpretation.

In the classroom, "every time you hear a poem in a classroom, you know questions will follow," he says. "This sequence — hear a poem, then get interrogated over it," says Collins, can create an anxious relationship between readers and poetry.

Excerpt: 'Horoscopes For The Dead'

What do you think of my new glasses
I asked as I stood under a shade tree
before the joined grave of my parents,

and what followed was a long silence
that descended on the rows of the dead
and on the fields and the woods beyond,

one of the one hundred kinds of silence
according to the Chinese belief,
each one distinct from the others,

and the differences being so faint
that only a few special monks
were able to tell one from another.

They make you look very scholarly,
I heard my mother say
once I lay down on the ground

and pressed an ear into the soft grass.
Then I rolled over and pressed
my other ear to the ground,

the ear my father likes to speak into,
but he would say nothing,
and I could not find a silence

who had just made up the business
of the 100 Chinese silences --
the Silence of the Night Boat,

Even as a boy I was a straightener.
On a long table near my window
I kept a lantern, a spyglass, and my tomahawk.

On my desk: pencils at attention in a cup,
foreign coins stacked by size,

a photograph of my parents,
and under the heavy green blotter,
a note from a girl I was fond of.

These days I like to stack in pyramids
the cans of soup in the pantry
and I keep the white candles in rows like logs of wax.

And if I can avoid doing my taxes
or phoning my talkative aunt
on her eighty-something birthday,

I will use a ruler to measure the space
between the comb and brush on the dresser,
the distance between shakers of salt and pepper.

Today, for example, I will devote my time
to lining up my shoes in the closet,
pair by pair in chronological order

and lining up my shirts on the rack by color
to put off having to tell you, dear,
what I really think and what I now am bound to do.

Horoscopes For The Dead

Every morning since you disappeared for good,
I read about you in the newspaper
along with the box scores, the weather, and all the bad news.

Some days I am reminded that today
will not be a wildly romantic time for you,
nor will you be challenged by educational goals,
nor will you need to be circumspect at the workplace.

Another day, I learn that you should not miss
an opportunity to travel and make new friends
though you never cared much about either.

I can't imagine you ever facing a new problem
with a positive attitude, but you will definitely not
be doing that, or anything like that, on this weekday in March.

And the same goes for the fun
you might have gotten from group activities,
a likelihood attributed to everyone under your sign.

A dramatic rise in income may be a reason
to treat yourself, but that would apply
more to all the Pisces who are still alive,
still swimming up and down the stream of life
or suspended in a pool in the shade of an overhanging tree.

But you will be relieved to learn
that you no longer need to reflect carefully before acting
nor do you have to think more of others,
and never again will creative work take a back seat
to the business responsibilities that you never really had.

And don't worry today or any day
about problems caused by your unwillingness
to interact rationally with your many associates.
No more goals for you, no more romance,
no more money or children, jobs or important tasks,
but then again, you were never thus encumbered.

Poem On The Three Hundredth Anniversary Of The Trinity School

When a man asked me to look back three hundred years
Over the hilly landscape of America,
I must have picked up the wrong pen,
The one that had no poem lurking in its vein of ink.

So I walked in circles for days like a blind horse
Harnessed to an oaken pole that turns a millstone,
A sight we might have seen so many years ago —
Barley being ground near a swift and silent millrace --

Which led to other sights of smoky battlefields,
The frames of houses, then a tall steeple by a thoroughfare,
Which I climbed and then could see even more,
A nation being built of logs and words, ideas, and wooden nails.

The greatest of my grandfathers was not visible,
And the house I live in was not a pasture yet,
Only a wooded hillside strewn with glacial rock,
Yet I could see Dutch men and women on an island without bridges.

And I saw winding through the scene a line of people,
Students it would seem from their satchels and jackets,
Three hundred of them, one for every school year
Walking single-file over the decades into the present.

I thought of the pages they had filled
With letters and numbers, the lifted bits of chalk,
The changing flag limp in the corner, the hand raised,
The learning eye brightening to a spark in the iris.

And then I heard their singing, all those voices
Joined in a fluid chorus, and all those years
Synchronized by the harmony of their anthem,
History now a single chord, and time its key and measure. 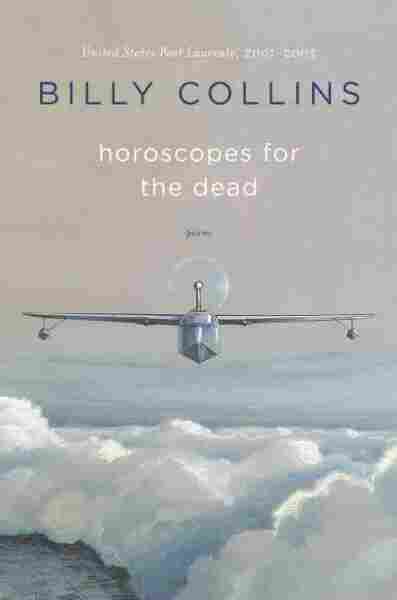 Horoscopes for the Dead