Accessibility links
Airmen Aid Effort To Avert Afghan Deaths U.S. statistics indicate that number of civilians killed by fixed-wing aircraft dropped 65 percent last year, thanks in part to the elite Air Force spotters who travel on the ground with combat troops. Think of them as air traffic controllers for war zones. 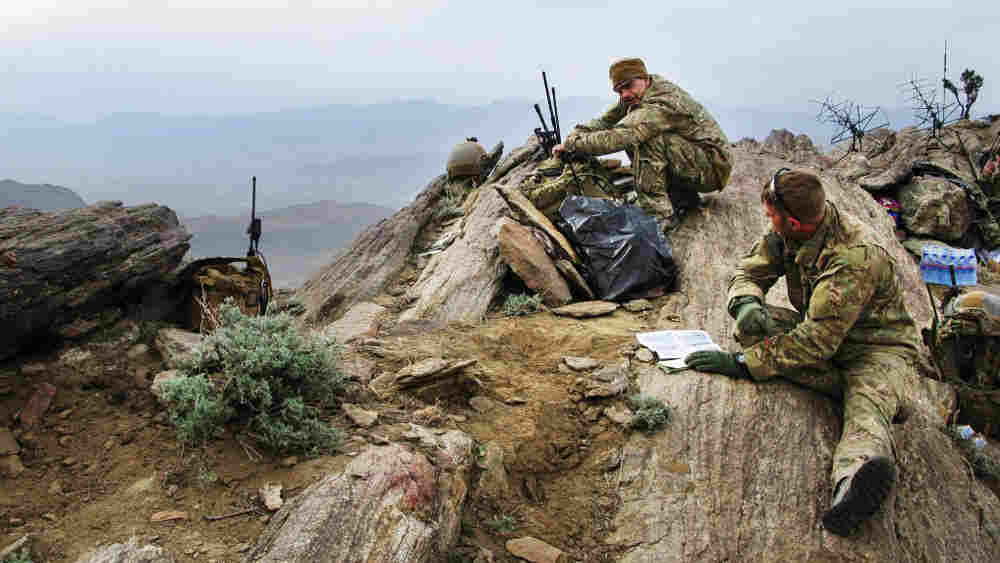 Lt. Col. Brian Filler (left) and Tech. Sgt. John Oliver watch over the Galuch Valley from the top of a mountain in Laghman province in eastern Afghanistan on March 27. They are part of a team of Joint Terminal Attack Controllers for the U.S. Air Force, traveling on the ground with combat troops and coordinating with aircraft to reduce the likelihood of airstrike errors. Quil Lawrence/NPR hide caption

Six thousand feet up a mountain in Afghanistan's Laghman province, Tech. Sgt. John Oliver is leaning on one elbow in the dirt, sheltering himself from the wind and trying to block the glow coming from his video monitor, the only light under a moonless, midnight sky.

The screen is showing him the view from an F-16, thousands of feet overhead. 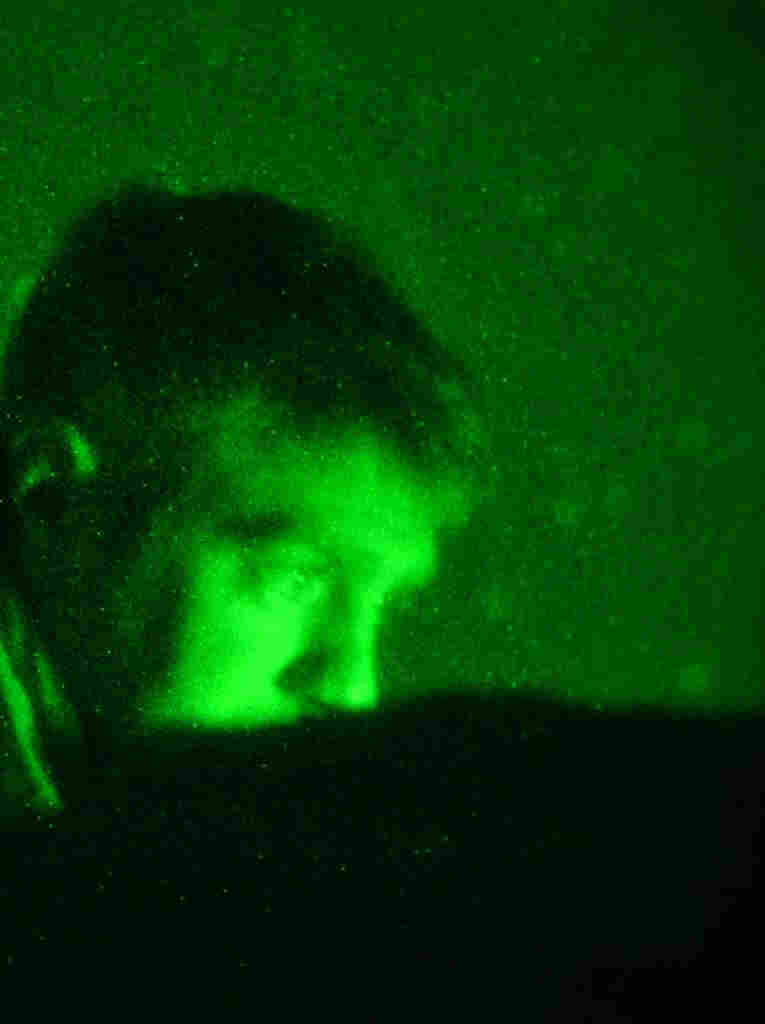 "Right now, he's looking at a village that's to our south that we're going to be going into tomorrow. Our guys are just north of it sleeping right now," Oliver whispers, trying not to wake the Iowa National Guardsmen who are mostly sacked out on the craggy cliff around him.

Oliver is a JTAC — a Joint Terminal Attack Controller — for the U.S. Air Force. Think of him as an air traffic controller for war zones, keeping track of helicopters, planes and jets, and calling in all the deadly bombs and missiles they carry.

Oliver, and the pilots above, watch over several hundred U.S., French and Afghan soldiers who were just airlifted into the valleys below. Last August, the Afghan army tried to take this valley but walked into a Taliban ambush. Dozens of soldiers were killed and captured — the Afghan commanders hadn't coordinated with NATO troops or air support.

This time, the propellers and jet engines leave no doubt of NATO and Afghan forces in the valley, and the insurgents have apparently fled or stashed their weapons and blended with the population.

NATO's devastating air-power advantage has scared the insurgents away this time, but it also causes some of the worst tension between the Afghan government and population, when errors are made and civilians die.

"Civilian casualties? That's huge," says Lt. Col. Brian Filler, who is leading the team of JTACs on this mission. "We can win a tactical battle, but if we blow up half the town and kill some civilians to do it, it just puts us further behind."

The issue has plagued NATO forces here for years, drawing protests from Afghan civilians and condemnation from President Hamid Karzai. After one recent attack when an Apache helicopter killed nine boys gathering firewood, Karzai refused to accept an apology from Gen. David Petraeus, perhaps because the U.S. military had recently denied responsibility for what Afghans said was another mass civilian casualty caused by a helicopter strike. 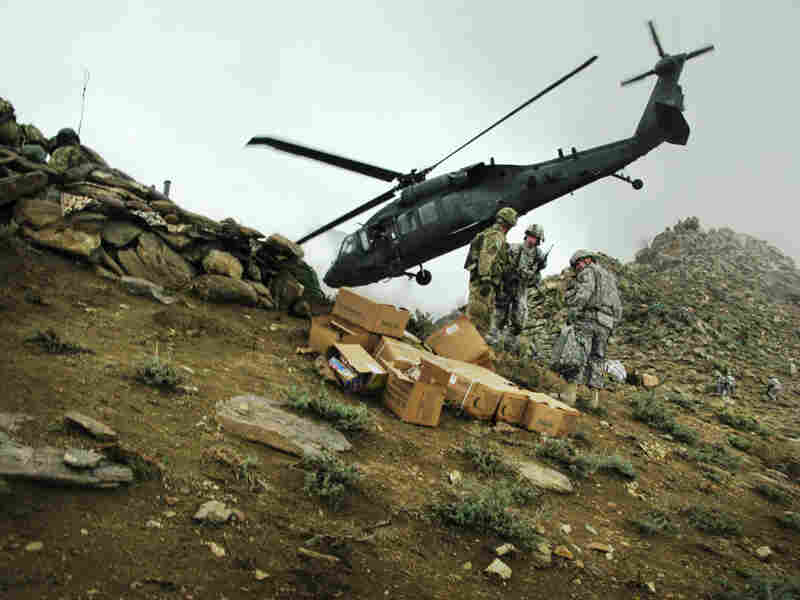 A helicopter takes off March 28 after a risky landing on a mountain ridge in Laghman province, where it dropped off boxes of food and water for the JTAC team. Quil Lawrence/NPR hide caption 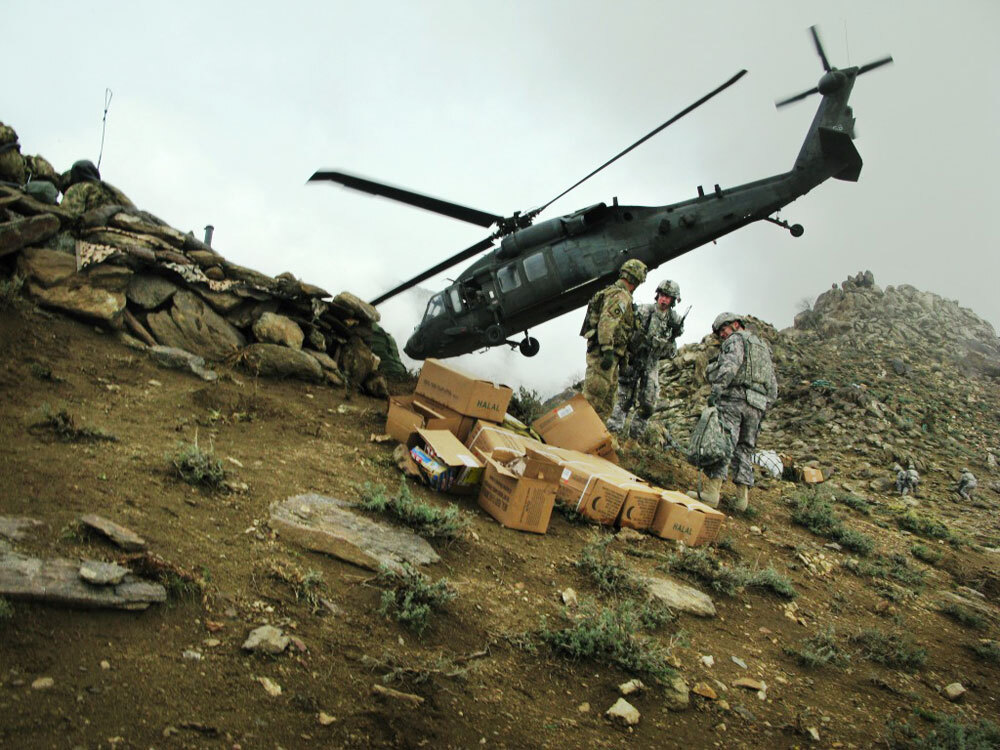 A helicopter takes off March 28 after a risky landing on a mountain ridge in Laghman province, where it dropped off boxes of food and water for the JTAC team.

A United Nations study says 2010 was the worst year yet for civilian casualties, but it lays most of the blame on the Taliban and other insurgents who use indiscriminate weapons, like land mines.

U.S. statistics indicate that the number of civilians killed by fixed-wing aircraft dropped 65 percent last year, thanks in part to the elite Air Force spotters who travel on the ground with combat troops. But deaths from helicopter strikes shot up by about the same percentage.

Military officials say one reason for the statistic is that the number of helicopters in country has tripled. Helicopters often fly within range of ground weapons like rocket-propelled grenades, so they have less room for error and perhaps less time to make life-and-death decisions. Still, the disparity has prompted Petraeus to issue an order that all helicopter attack teams be rebriefed on his directive to reduce civilian casualties.

'Sometimes It's Better Just To Let The Guy Go'

Filler says the Taliban is particularly keen to highlight errant airstrikes in its propaganda.

"It gives us such an overwhelming advantage," he says, "but the enemy knows that, so they will exploit civilian casualties to the greatest extent possible. So we're very, very careful. That's why I say sometimes it's better just to let the guy go."

"Letting the guy go" means watching from aerial surveillance but not advising the pilot to pull the trigger if a target gets too close to civilians. That gets even more difficult, says Oliver, when troops under fire are crying out for air support. JTACs, unlike most of the Air Force, spend much of their time on the ground and near the front lines.

But the mission in Laghman goes quietly, and the biggest challenge turns out to be the weather. With most of the insurgents lying low, Filler pulls a shift on the radio, hiding from the freezing rain under a plastic garbage bag. When he guides in a medevac chopper, it's for a few Afghan soldiers suffering from hypothermia.