Accessibility links
Billy Childs, Dave Douglas Brass Ecstasy On JazzSet Back to back, hear a soaring four-piece ensemble and a band powered by lips. 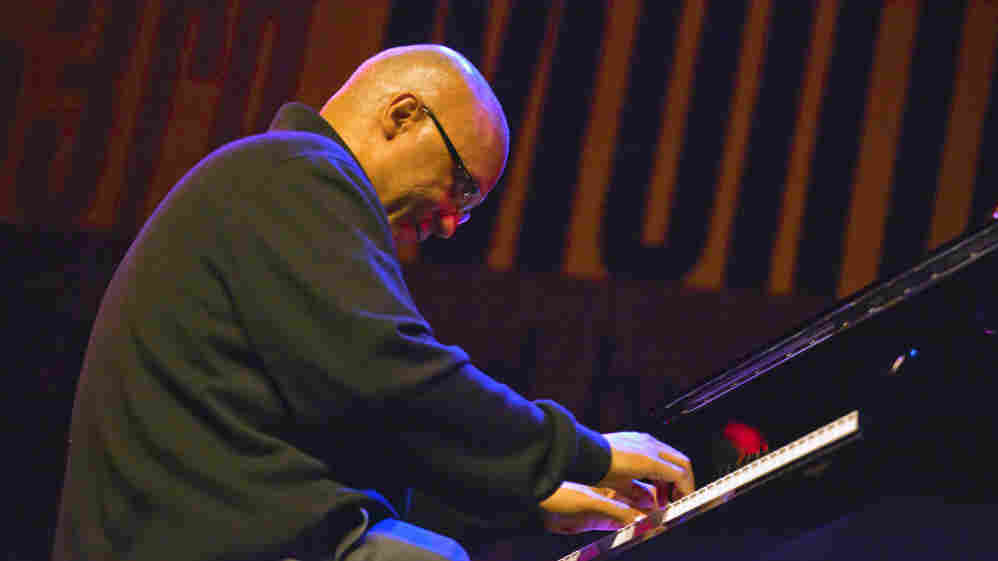 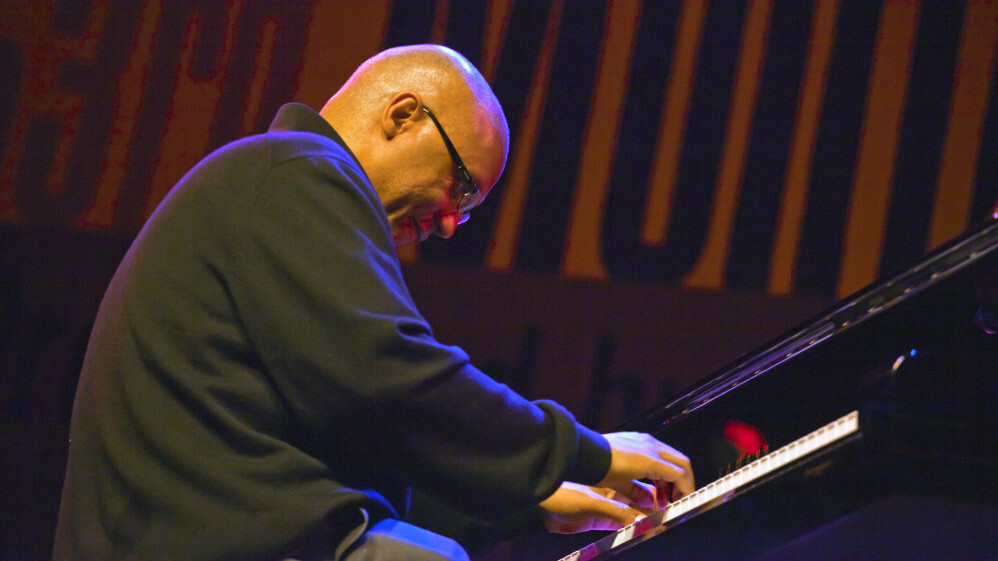 Craig Lovell/Courtesy of the artist

"Aaron's Song"
"Hope in the Face of Despair"

One of the greatest trumpeters ever, Freddie Hubbard (1938-2008), will be featured on a forthcoming live album with a band that includes pianist Billy Childs at the Keystone Korner in San Francisco. Having listened to it, I hear a positive connection between the great leader and his young sideman. Childs remembers other dynamics, too, saying in a recent interview, "I can't imagine the patience that [Hubbard] must have exercised while trying to solo while I am 'helping' him with my youthful comping ideas." (Comping means accompanying.)

Today, you go to school to learn jazz. Not so long ago, school was held on the bandstand.

"Sometimes, he would just start playing a ballad," Childs says. "I learned a lot of tunes that way. 'Old Folks,' 'What's New?' ... he just started playing them. Then, when he heard that I didn't know what the hell I was doing, he would spell out the chords [as] arpeggios ... [It] was like ear training, but for him, it was to get me to know the song so he could play on it."

Childs has a dry sense of humor, but he is a serious musician, the winner of two Grammy Awards for composition and one for arranging. In his group, the great interpreter and improviser Steve Wilson plays saxes, Scott Colley adds soulfulness from below on bass, and the drummer is Brian Blade, whose music Childs describes as "cinematic ... bring[ing] out the drama of each musical phrase" at Monterey.

From Newport, Dave Douglas and Brass Fantasy call out to another earlier player, Lester Bowie (1941-99), "the great trumpeter, composer, figure, personality and inspiration to all of us." (Bowie was visually arresting onstage in his lab coat, adding a touch of science to his art.)

Beginning in the 1980s, Bowie's high-energy, funk-driven nonet (or larger) Brass Fantasy re-interpreted spirituals, pop tunes and everything in between. Douglas scales Brass Ecstasy down to four essentials: trumpet, French horn, trombone and tuba, plus drums. Vincent Chancey on French horn is a charter member of both groups. Douglas says they are "ecstatic ... to be here at Newport with all this great jazz." The complete set is an album titled United Front: Brass Ecstasy at Newport, released April 5, 2011, on Greenleaf Music. 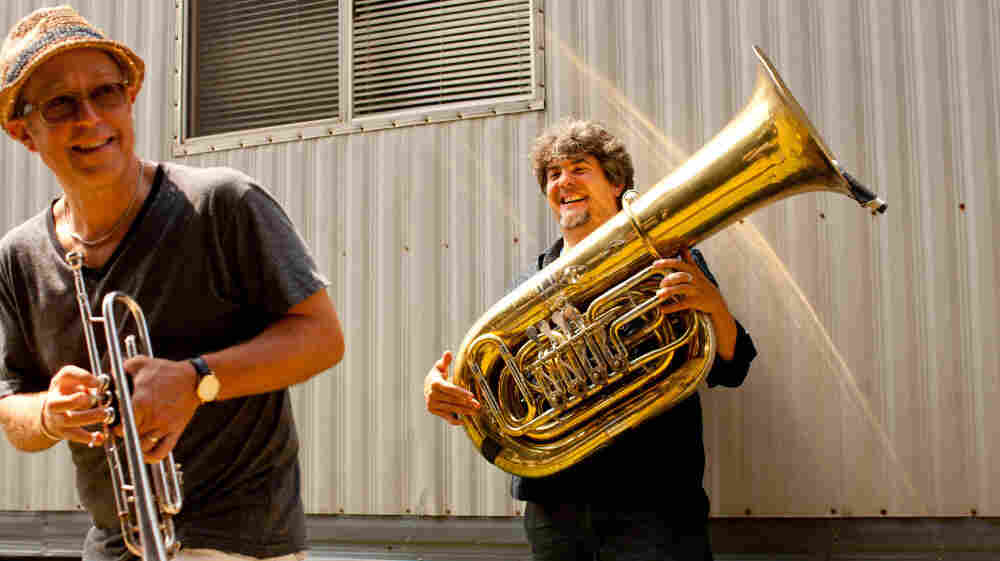 Dave Douglas (left) and Marcus Rojas warm up backstage before performing at the Newport Jazz Festival. Coincidentally, this is the cover of Brass Ecstacy's new album from this recording, United Front: Brass Ecstasy at Newport. Erik Jacobs for NPR hide caption 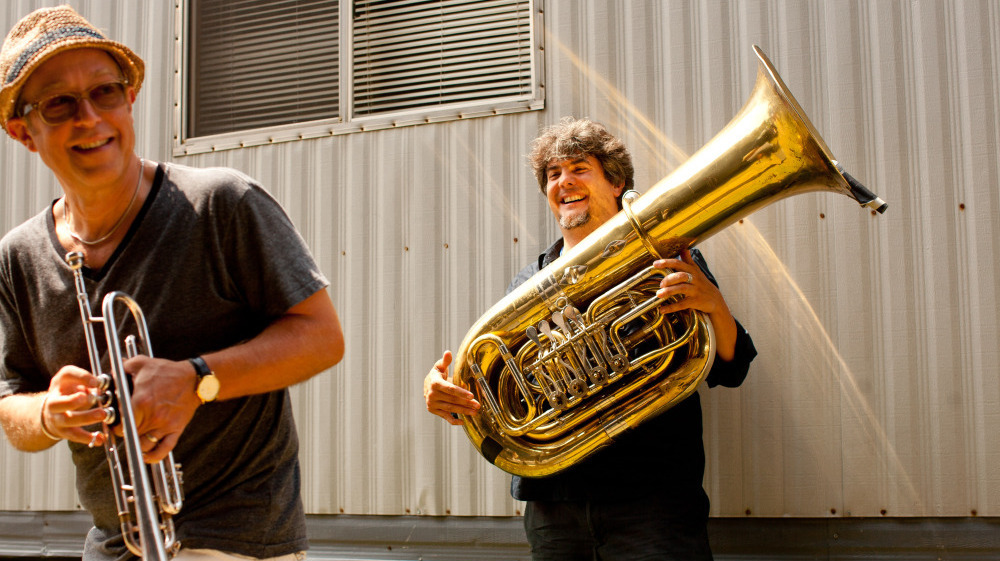 Dave Douglas (left) and Marcus Rojas warm up backstage before performing at the Newport Jazz Festival. Coincidentally, this is the cover of Brass Ecstacy's new album from this recording, United Front: Brass Ecstasy at Newport.

Onsite mixes by Ron Davis and his crew at Monterey, David Tallacksen with Michael Bowie at Newport. Surround Sound mix by Duke Markos.