Accessibility links
Late-Night Budget Talks Produce Hope, But No Deal The president met late Wednesday with House Speaker John Boehner (R-OH) and Senate Majority Leader Harry Reid (D-NV). The White House says everything from tax refunds to paychecks for U.S. military members would be jeopardized in the event of a government shutdown. 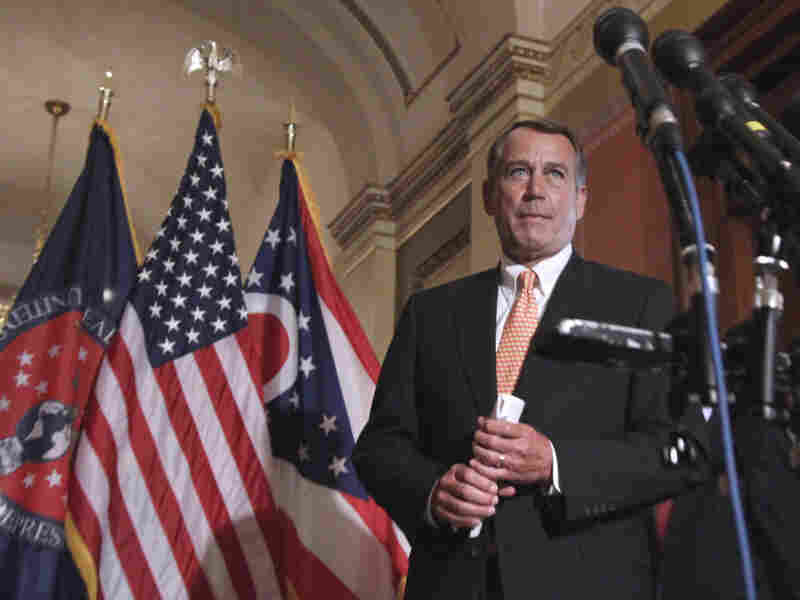 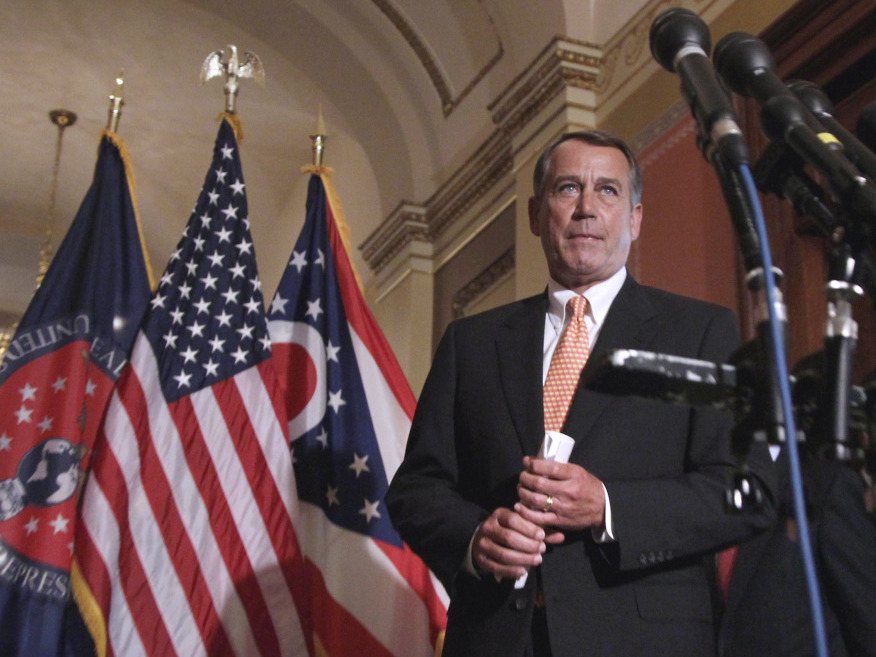 Late-night budget talks between the White House and congressional leaders failed to produce a deal Wednesday to avert a government shutdown, but both sides said the session had led to progress.

"I remain confident that if we're serious about getting something done, we should be able to complete a deal and get it passed and avert a shutdown," Obama said after the meeting at the White House. "But it's going to require sufficient sense of urgency from all parties involved."

Later, Boehner and Reid told reporters that the two sides had made progress, but differences remained.

Reid said: "We've narrowed the issues significantly, and we're going to continue working. Our staffs are going to work through the night."

Earlier in the day, the White House warned that a government shutdown would jeopardize everything from tax refunds to paychecks for U.S. service members.

At the Pentagon, defense officials said key national security responsibilities, including the operations in Afghanistan, Iraq and Libya and earthquake assistance to Japan, would not be affected.

But they already have said that U.S. military troops — including those in war zones — would receive one week's pay instead of two in their next paycheck if the government is forced into a partial shutdown.

Military personnel at home and abroad would continue to earn pay, but they won't get paychecks until there is a budget agreement and government operations resume, officials said.

A shutdown also would force the Internal Revenue Service to suspend the processing of paper tax returns, while the Federal Housing Administration, which guarantees about 30 percent of home mortgages, would stop guaranteeing loans, a senior administration official, who asked not to be named, told reporters.

In addition, national parks would be temporarily closed, affecting about 800,000 employees, the official said.

Republicans — under intense pressure from their Tea Party backers — have rejected the White House proposal to trim $33 billion. Boehner issued a statement earlier Wednesday saying, "We can still avoid a shutdown, but Democrats are going to need to get serious about cutting spending — and soon."

House Republicans met behind closed doors Wednesday on Capitol Hill to discuss the budget strategy. Afterward, Boehner said yet again that there is no agreement on a level of spending cuts.

Reid said Boehner "has a choice to make, and not much time to make it: He can do either what the Tea Party wants, or what the country needs."

Administration spokesman Jay Carney, speaking aboard Air Force One, said the president was prepared to call a meeting of congressional leaders at the White House "at whatever hour of the day is necessary if he believes that progress is not being made."

"As of right now, there are reports of progress on the Hill," Carney added.

Boehner reiterated that there has been little progress on the 50-plus GOP policy "riders" dotting the House version of the measure.

One such rider would cut $42 million from the District of Columbia's budget and bar its government from spending its own money to provide abortions for the poor. Republicans also have added dozens of policy provisions concerning hot-button topics like global warming and the environment, and Obama's health care law. Those appear as troublesome as finding agreement on what and how much to cut from agency budgets.

Rep. Joe Walsh, a freshman Republican from Illinois and a member of the House Tea Party Caucus, told NPR Tuesday that he was willing to "cooperate, but not compromise."

"We keep putting things in front of" the Democrats, he said. "The American people sent us here to be bold."

At issue is legislation needed to keep the day-to-day operations of federal agencies going through the Sept. 30 end of the budget year. A Democratic-led Congress failed to complete the spending bills last year.

Republicans took over control of the House in January and passed a measure with $61 billion in cuts. It was rejected in the Democratic-controlled Senate.

On Monday, Boehner informed rank-and-file Republicans he would seek passage of a new stopgap bill, a weeklong measure that includes $12 billion in cuts and provides funds for the Defense Department through the end of the year.

Obama rejected it. He said he would sign an interim bill only if one were needed to get the paperwork together on a broader agreement and pass it through both houses.

NPR's Scott Horsley contributed to this report, which contains material from The Associated Press

How A Government Shutdown Would Play Out April 6, 2011