Accessibility links
As Clock Ticks Down, Shutdown Talks Yield No Deal The president said he hoped to be able to announce a deal on Friday but "there's no certainty yet." He said he told House Speaker John Boehner and Senate Majority Leader Harry Reid that he wants an answer in the morning. 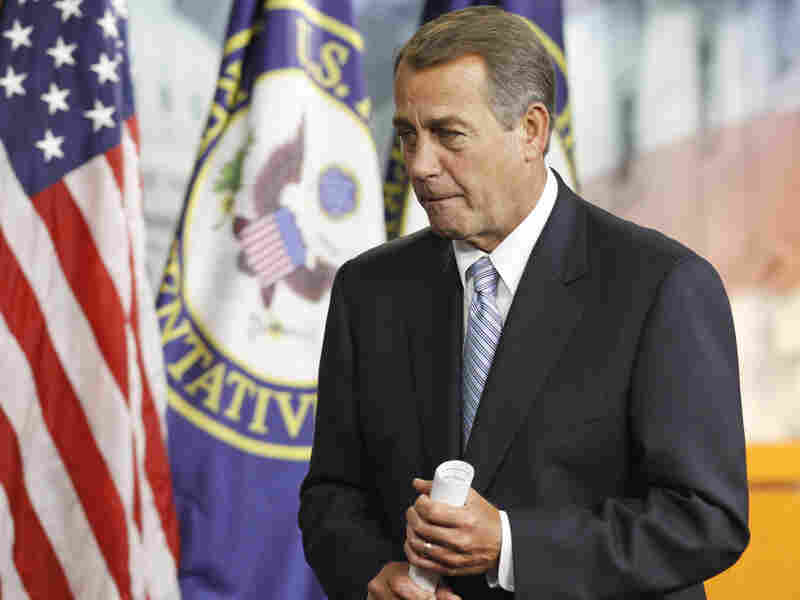 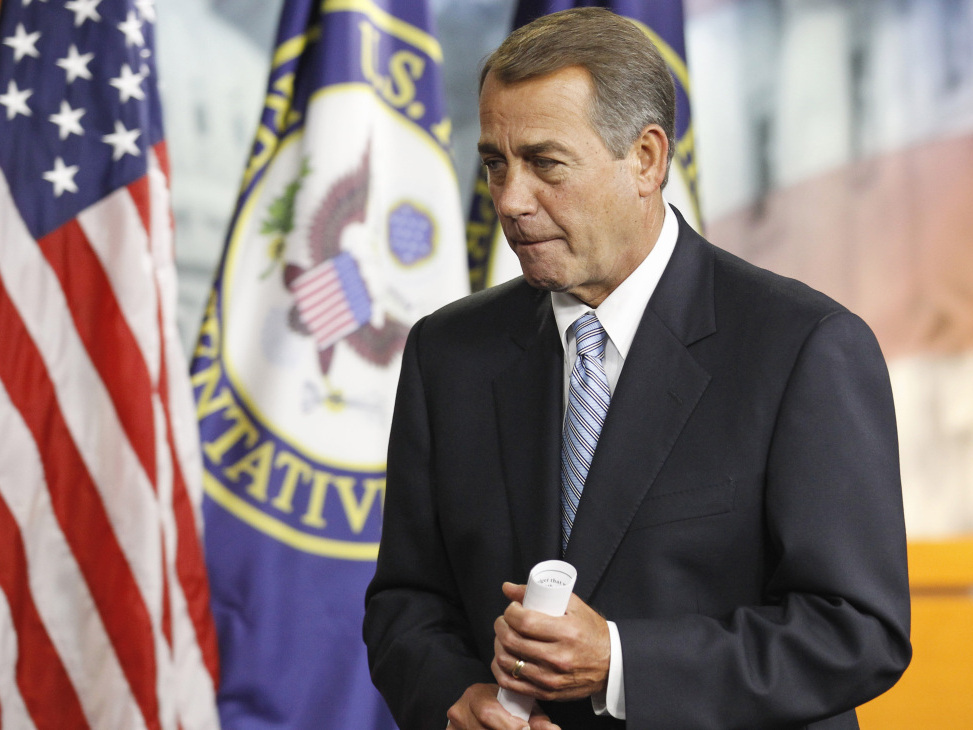 President Obama says another round of talks with congressional leaders has helped, but there is no deal yet to avert a government shutdown.

Obama said he hoped to be able to announce a deal on Friday but "there's no certainty yet." He said he told House Speaker John Boehner and Senate Majority Leader Harry Reid that he wants an answer in the morning.

He said there were "a few issues that are outstanding.

"They are difficult issues. They're important to both sides, and so I'm not yet prepared to express wild optimism," he said. "But I think we're further along today than we were yesterday."

Obama warned that a government shutdown could put the fragile economic recovery on the line.

"This is politics, this isn't real life. This is whomever flexing their muscles, showing how powerful they are. This has nothing to do with my government service." — Carol Davison, Commerce Department

"It's like two opposing forces, almost like two dogs fighting over one bone, and you're trying to see who is going to win, you know? Compromise just doesn't seem to be on the agenda. ... I'm pretty sure every federal employee is the bone in the fight right now." — Mark Burton, Department of Energy

"I don't have leave time or anything like that, so I'll go without a paycheck. You think that ... the politicians have our best interests in their minds, but when you look at them, I find it hard to believe when they'll get their paycheck, and we won't." — Tom Cronin, Federal Aviation Administration contractor

"I just feel for those who are barely making it, so to speak. That's the hardest part, because some people are just barely getting by when they are getting a paycheck. So, one week, two weeks? That's how I look at it. It's tough." — Teddy Watson, Housing and Urban Development contractor

"There's no point to this. Of course, you've got some people elected to Congress who don't know how the government works. They really don't understand how much money is going to be lost by this." — Harold Dorwin, Smithsonian Institution

"For us to go backwards because Washington couldn't get its act together is unacceptable," he said.

The president spoke briefly to reporters after meeting for roughly an hour in the Oval Office with Boehner and Reid. Those two leaders said jointly that the latest round of talks had narrowed the issues. They pledged to work through the night to break the impasse.

At issue is a spending bill to keep the government running after midnight Friday.

Earlier Thursday, House Republicans passed a largely symbolic stopgap spending bill. The measure passed 247 to 181. But Senate Democrats and the White House have already rejected the temporary fix — which is conditioned on $12 billion in immediate spending cuts — saying they want a bill that funds the government through Sept. 30, the end of the fiscal year.

The administration issued a statement calling the stopgap bill "a distraction from the real work" of agreeing on legislation to cover the six months left in the current fiscal year.

Each side insisted the other would be to blame for the pain of a partial shutdown.

After the vote, Boehner said he was confident Democratic lawmakers would persuade "Reid and our commander-in-chief to keep the government from shutting down" by signing the House-passed bill.

Reid complained that dozens of Tea Party-inspired "riders" — ranging from a rollback for recent health care legislation to ending government funding to Planned Parenthood — were holding back an agreement. The theme was picked up by Sen. Dick Durbin (D-IL), who said the budget discussion is "no longer about the budget deficit; it's about bumper stickers."

It was unclear how much the talks had narrowed the differences on spending. Boehner recently floated $40 billion, more than the $33 billion that the negotiators had adopted as a framework, but less than the $61 billion that was contained in a bill the House cleared than six weeks ago.

Even a brief shutdown could affect a wide range of Americans, from troops fighting abroad to tourists planning trips to national parks. 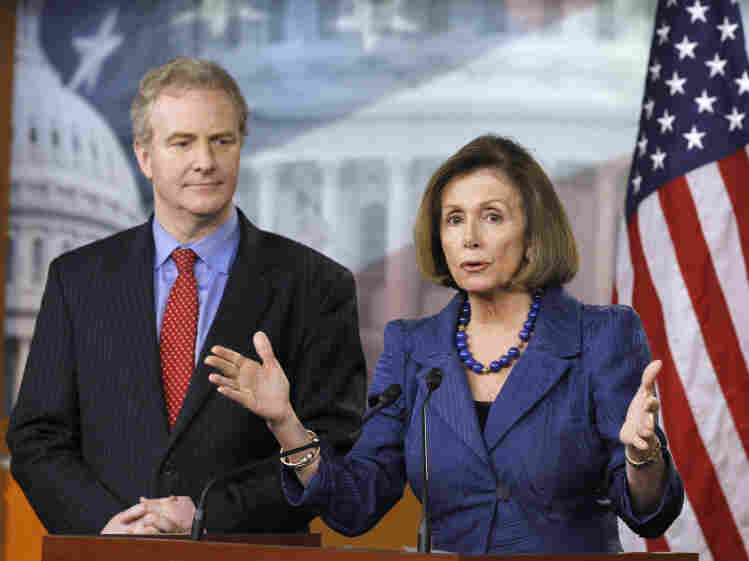 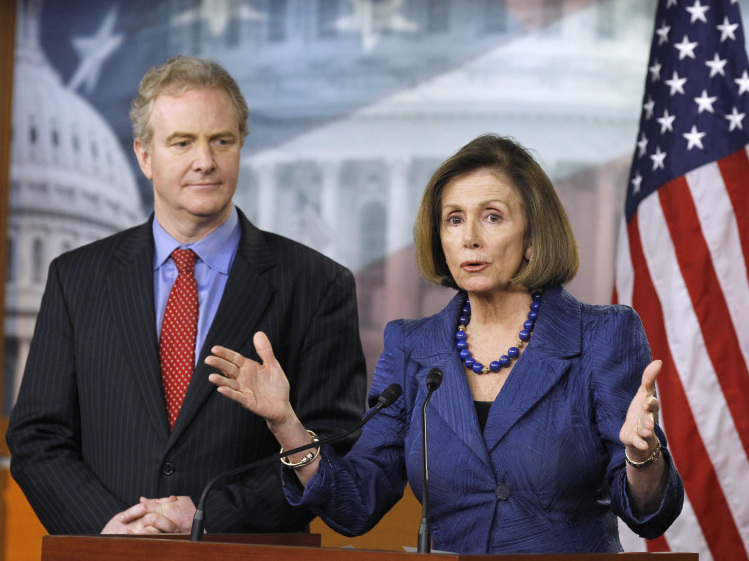 Thursday's Republican measure would combine a full-year Pentagon budget with a big slice of cuts to domestic programs as the price to keep the U.S. government running.

But the president has already ruled out the weeklong measure, and Senate Democrats have labeled it a nonstarter. House passage of any interim measure is designed to place the onus on the Democratic-controlled Senate to act if a shutdown is to be avoided.

A Democratic-led Congress failed to complete the must-pass spending bills last year. When Republicans, backed by a slew of Tea Party-affiliated freshmen, assumed power in the House in January, they voted to slash $61 billion. The Democratic-controlled Senate rejected those cuts.

Democrats have already ruled out agreeing to stop funding the year-old health care overhaul or to deny Planned Parenthood all federal money. And Reid has said he will not agree to any of the curbs Republicans want to place on the Environmental Protection Agency.

NPR's Ari Shapiro contributed to this report, which contains material from The Associated Press