Accessibility links
Actor-Director Mourned By Both Israelis, Palestinians Juliano Mer Khamis, who was gunned down this week, was born to an Israeli Jewish mother and Palestinian Christian father. His life's work used art to teach Israelis and Palestinians about each other, and encourage Palestinian resistance, through his Freedom Theatre in Jenin. 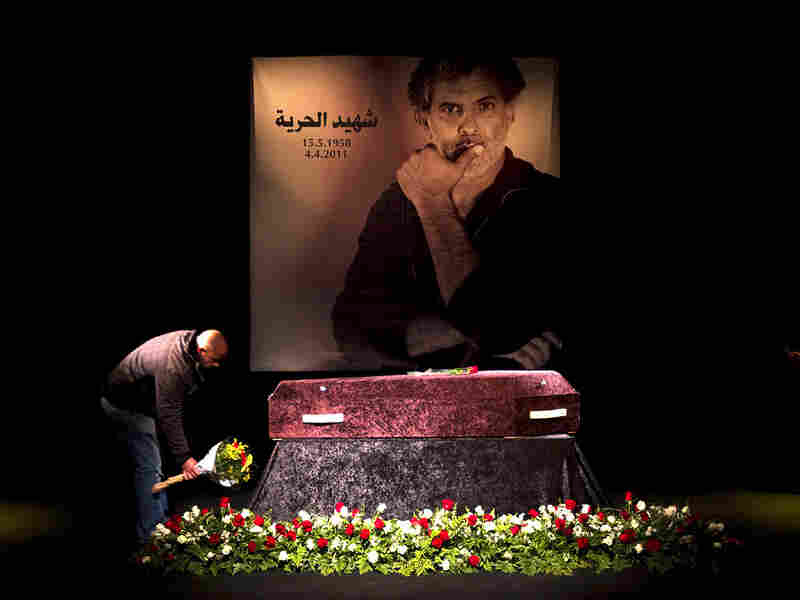 Juliano Mer Khamis, a Palestinian and Israeli actor and director, was killed this week outside the theater and school he directed in the West Bank city of Jenin.

The 52-year-old was born to an Israeli Jewish mother and Palestinian Christian father. His life's work used art to teach Israelis and Palestinians about each other, and encourage Palestinian resistance through his Freedom Theatre in Jenin.

A children's play in Jenin is one of the opening scenes in the movie that made Mer Khamis both a political and artistic icon. The movie, Arna's Children, follows his mother, whom Mer Khamis described as a controversial figure.

"In 1989, my mother started a project in the refugee camp of Jenin," he narrates in the film. "The aim of this project was to educate and support the children of the camp."

The movie looks at the Freedom Theatre in Jenin and its first students in the 1990s. Mer Khamis follows their lives in the ensuing years: Many have died violently — some as fighters or suicide bombers — during the second Palestinian intifada, or uprising.

Refugees And The Theater 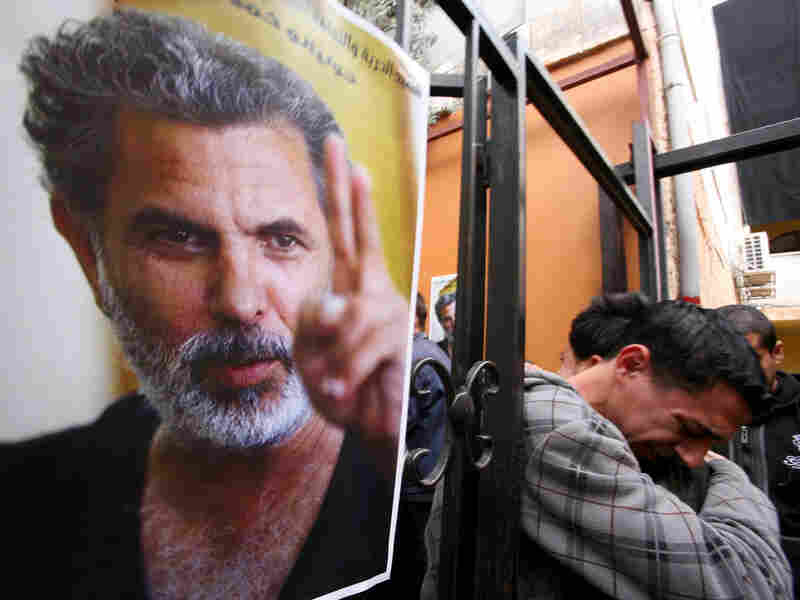 The refugee camp in Jenin was the site of some of the heaviest fighting during that conflict and the base for some of the fiercest militant groups. It was from among their ranks that Mer Khamis and his mother found many of their future thespians.

Rabiah Turkman was one them. From 2002 to 2007, he was a militant with the Al Aqsa Martyrs' Brigade. One day, he was approached by Mer Khamis.

Turkman says he was persuaded to visit the Freedom Theatre and was immediately hooked — though he still considers himself a freedom fighter.

He was one of the few students in the school on the day Mer Khamis died. It was Tuesday, just after 5 p.m., when Mer Khamis took his infant son and babysitter and left for home.

Just a little more than 50 yards outside the theater, Mer Khamis's car came under fire from an assailant wearing a mask. Mer Khamis was killed, but his son and the babysitter were unharmed.

Several suspects have been arrested since the shooting, one of them a well-know member of a conservative Islamist group that opposed the theater and tried to burn it down several times. 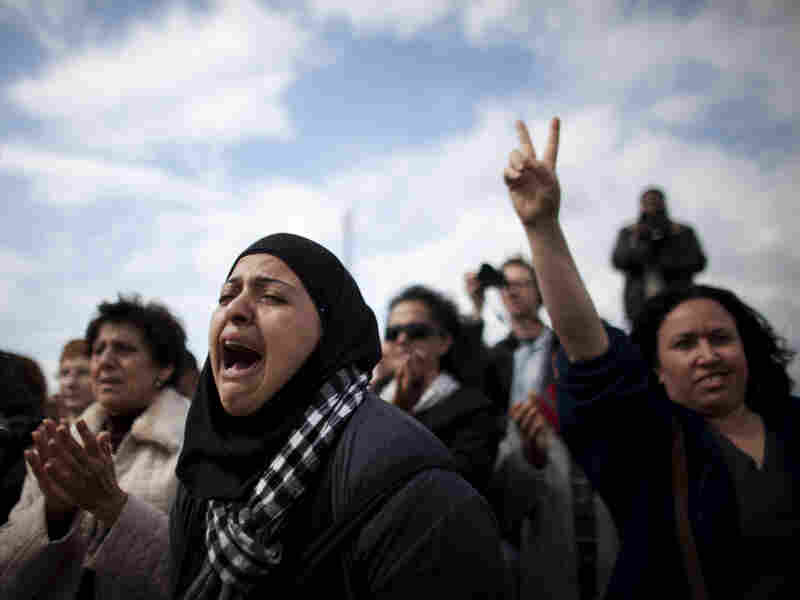 An Israeli-Arab woman mourns Juliano Mer-Khamis during his funeral procession on the Israeli side of the Jalama checkpoint near the West Bank town of Jenin on Apr. 6. Uriel Sinai/Getty Images hide caption

Nabil al-Ra'ee, one of the Freedom Theatre's directors, says that conservative Muslims were angered that Mer Khamis allowed men and women to appear on stage together, and that students were exposed to what he called "progressive ideology" in plays such as Animal Farm.

"He is a leader, he's opening a space for a new policy bigger than the Freedom Theatre itself," al-Ra'ee says. "For a lot of people, it's not a comfortable situation to be open-minded."

Al-Ra'ee says that Mer Khamis often spoke to him about being a martyr for his cause — the expression of arts.

"He was always telling me, 'I want to die, I want to scream dying from a bullet in my head.' We were always joking about that, but I never expected it to happen, really, in this bad way, with him holding his child between his arm, without any mercy," al-Ra'ee says.

On Thursday, friends and family of Mer Khamis organized an open day at the Freedom Theatre. It was the day after Mer Khamis was buried alongside his mother in the Kibbutz Ramot Menashe cemetery in Israel.

Turkman says that no one will officially replace Mer Khamis at the theater, but it will stay open.

"My idea now is that Juliano he teach me, and I want to teach other children for art revolution, for freedom fighter," says Turkman.

After Thursday's ceremony in Jenin, the mourners marched through the twisting alleyways of the refugee camp. They played Mer Khamis's favorite songs from a car speaker — songs about a Palestinian state, about peace and about art.

It was what Mer Khamis would have wanted, they said. One last chance to reach out to the community.