Accessibility links
Kee Facts: The Civil War's First Death Was An Accident April 14 marks the date 150 years ago that the first person was killed in the Civil War. But there's more to the story, and NPR's heralded research librarian Kee Malesky has a special connection to it.

Listen
The Civil War's First Death Was An Accident 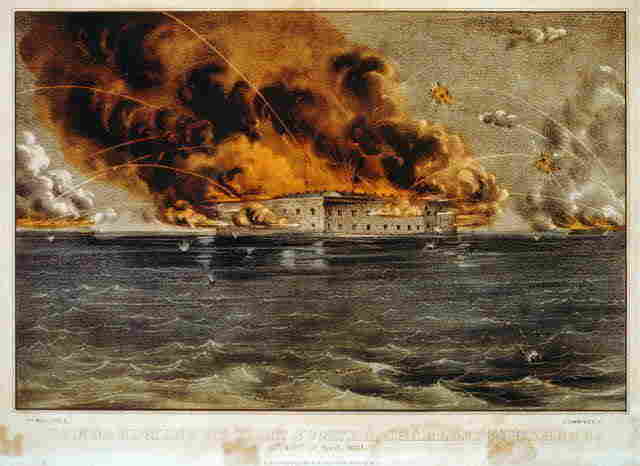 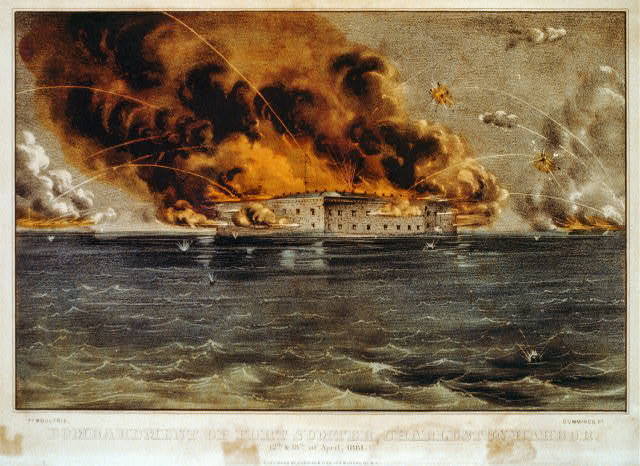 Lithograph of the 1861 bombardment of Fort Sumter in South Carolina's Charleston Harbor.

April 14 marks the date 150 years ago that the first person was killed in the Civil War — but there's more to the story.

The First To Die

The first shots of the War Between the States were fired at Fort Sumter in South Carolina's Charleston Harbor in 1861. Federal troops, under command of Maj. Robert Anderson, surrendered to Confederate Gen. P.G.T. Beauregard after an artillery bombardment that had begun on April 12.

No one was killed during the actual engagement, but as the Union soldiers lowered their flag, they honored it with a 100-gun salute. A premature discharge from one cannon caused an explosion that killed Pvt. Daniel Hough of the 1st U.S. Artillery. Not technically a battle death, but it did make Hough the first person killed in the Civil War.

Hough had been a friend of Patrick Murphy, part of the Fort Sumter garrison and my great-great grandfather.

Murphy was a musician who had been stationed with the military band in Charleston for several years. He had married and started a family, and Hough was the godfather of one of his daughters. 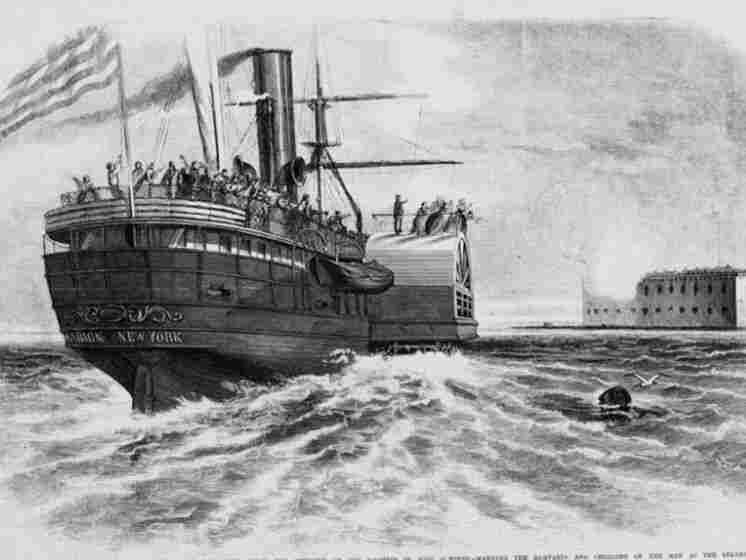 Wood engraving from 1861 of the steamship Marion bearing families of Federal soldiers away from Fort Sumter. Library Of Congress hide caption 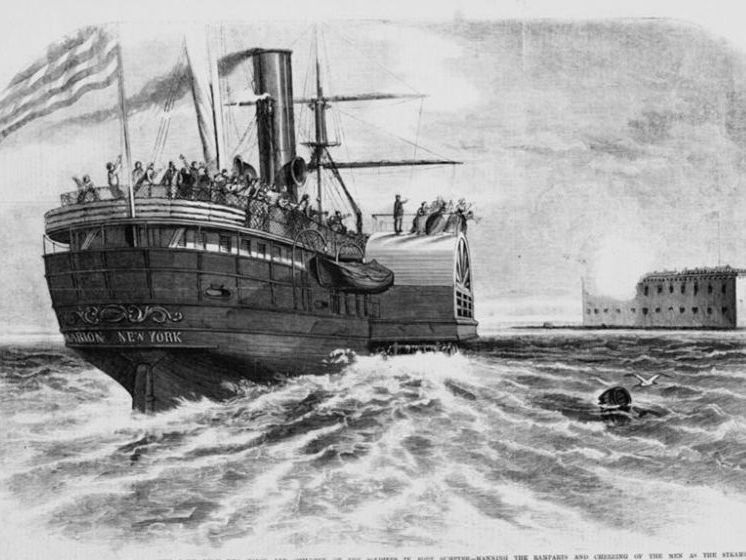 Wood engraving from 1861 of the steamship Marion bearing families of Federal soldiers away from Fort Sumter.

Search The Civil War Yourself

This week the National Archives made its newly digitized Civil War records available online. The records will be free to the public through ancestry.com until Wednesday, April 13, after which there will be a fee to search them.

Families Leave Loved Ones Behind

Women and children weren't with Federal soldiers during the actual bombardment, but had accompanied the men when they took possession of Fort Sumter the previous December. The families were stationed with the garrison outside Fort Moultrie on Sullivan's Island, but the location was indefensible, so Anderson secretly had them moved to Fort Sumter — still under construction at the time.

Anderson begged the government to send supplies and reinforcements, but lame duck President James Buchanan waffled. He did finally send a ship, but it was fired on by the southerners as it entered the harbor and went back home instead.

Now desperately concerned about supplies and safety, Anderson arranged for a ship to evacuate the women and children (including Murphy's family) in February. Harper's Weekly had this report on Feb. 23:

"On nearing the fort the whole garrison was seen, mounted on the top of the ramparts, and when the ship was passing fired a gun and gave three heart-thrilling cheers as a parting farewell to the dear loved ones on board, whom they may possibly never meet again this side the grave."